Nanoparticles-based improved cancer drug could be in the offing

Nanoparticles that deliver anti-cancer drugs have been developed.

A promising method for cancer treatment by using nanoparticles, with fewer side effects and more effectiveness has been developed by a multi-institutional team from the Regional Centre for 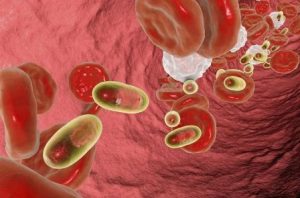 Biotechnology (Haryana), Amity University (Haryana), and National Institute of Immunology (New Delhi). In this method, nanoparticles that deliver anti-cancer drugs have been developed. The results from animal studies are promising and further research is in progress for the method to be rolled out for treatment.

Docetaxel is a drug that is commonly used to treat various types of cancer including breast, colon, and lung cancer. A formulation of the drug that is approved by the United States Food and Drug Administration (FDA) is being used all over the world. However, some components in this formulation cause harmful side effects such as liver damage and difficulty in breathing. Hence, the research team sought to develop a better alternative.

“Docetaxel is not soluble in water, and it has to be dissolved in a chemical mixture such as polysorbate-80 and alcohol to make it more soluble. This suspension is approved by the FDA, and it is commonly used worldwide including in India. Besides being potent, the drug also produces severe toxic effects in the body. So, we have developed a method that reduces the toxicity of the drug and improves its efficacy” says Dr. Avinash Bajaj, one of the corresponding authors of the study.

The team has developed nanoparticles called nanomicelles for the study. These nanomicelles are extremely small in size ranging from 10 to 100 nanometers and they serve as efficient systems through which the drugs can be delivered. This drug delivery system predominantly targets only the cancerous cells, but not the normal healthy cells.

Speaking about this, Dr. Bajaj said, “The tumor tissues have leaky blood vessels. The nanomicelles that carry docetaxel get trapped in these tumor tissues and the drug gets accumulated there. Compared to the formulation that is currently used, our formulation has shown relatively higher accumulation of docetaxel in the tumor tissues than the healthy tissues which indicates its safety and efficacy”.

The research was carried out extensively on various laboratory animals such as mice, rabbits, and monkeys.

They used mice as a breast cancer model and found that the nanomicelle based drug delivery system reduced the size of the tumor in mice without producing toxic effects.

“We have been granted approval for conducting our research on 16 monkeys apart from mice, rats, and rabbits. In preclinical studies with mice, we have observed that these nanomicelles retard tumor growth. Compared to FDA-approved formulation, these nanomicelles also showed an increased rate of survivability” adds Dr. Bajaj.

The team is now working on developing nanomicelles that can carry multiple drugs instead of one drug which would increase the overall efficacy of the treatment method. About this Dr. Bajaj said, “Cancer patients are undergoing different chemotherapy cycles with different drugs. Now, we are planning to develop a nanoparticle through which a combination of drugs can be delivered instead of a single drug so that several pathways in the body can be targeted at the same time. In the future, we are also planning to work on immunotherapy along with chemotherapy”.