National Monsoon Mission launched in 2012 with a vision to develop a state of the art dynamical prediction system for monsoon rainfall on different time scales.

Agriculture and allied sectors contribute 17.8 percent of India’s Gross Domestic Product (GDP). The monsoon accounts for over 70 percent of country’s annual rainfall and has an enormous impact on Indian economy. 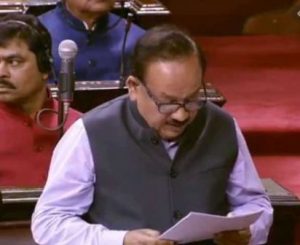 The Ministry of Earth Sciences launched “National Monsoon Mission’ in 2012, with a vision to develop a state of the art dynamical prediction system for monsoon rainfall on different time scales.

Under the National Monsoon Mission, various weather and climate prediction models have already been developed, which are now in operational use. These include models for short to medium range (1-10days), extended range (10-30days) and seasonal (up to one season). Dr. Harsh Vardhan, the Minister of Science and Technology, Health, Family Welfare, and Earth Sciences said that the Ministry has received several project proposals from various International institutes, for funding through National Monsoon Mission. “The Scientific Review and Monitoring Committee (SRMC) of Monsoon Mission reviewed those proposals and recommended the proposals, which are relevant to Monsoon Mission objectives and useful for prediction of Indian Monsoon and extreme weather conditions” said Dr. Harsh Vardhan.

The overall objective of NMM is to improve the monsoon prediction over India on all time scales and hence it is implemented for the whole country which includes all the States and Union Territories. Several scientists have been trained for modelling & forecasts through Monsoon Mission Program and capacity building activities have been done through targeted trainings.

The National Monsoon Mission has been targeted for development of a seamless prediction system using monsoon mission model, on different time scales, like Seasonal (for whole Monsoon season), Extended range (up-to 4 weeks), Short range prediction (up-to 5days). The mission will also initiate and coordinate working partnership between Indian and foreign institutions to develop a system for the prediction of extremes and climate applications. It is aimed to develop and implement system for climate applications having social impacts (such as agriculture, flood forecast, extreme events forecast, wind energy, etc.). Advanced data assimilation system for preparing high quality data for model predictions are also a part of it.

It started three years back and the major achievements during this period are many like; setting up an advanced prediction system for Seasonal prediction; extended range prediction and very high-resolution short-range prediction. Through the mission, commissioning of a Global Ensemble Forecast System (GEFS) for short and medium range prediction at 12km was achieved. The Cyclone track and intensity prediction has also shown a steady improvement over the last three years. The operationalization of Monsoon Mission Coupled Forecasting System (MMCFS) for preparation of operational seasonal forecast of monsoon rainfall and temperatures during the hot and cold weather seasons over India took place. The mission also facilitated the development of an algorithm to monitor and predict the Monsoon Intra-seasonal Oscillations (MISO) and Madden-Julian Oscillation (MJO) on the extended range. (India Science Wire)