Netflix’s’ the 100 ’ as a thought experiment on God

Netflix’s science fiction series, The 100, is a story of one hundred children sent back on Earth, one hundred years after the nuclear holocaust.

Philosophy Vs Science: The symbiotic relationship between the two fields suffered another blow with the stagnation in philosophical theories vis-a-vis scientific advancements. Hence, pertinent questions 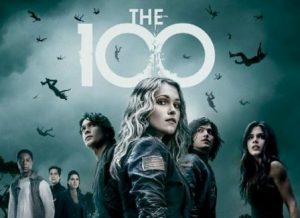 concerning the practice of Philosophy in modern times surface. Netflix’s science fiction series, The 100, is a story of one hundred children sent back on Earth, one hundred years after the nuclear holocaust. The premise centers around the planet having been destroyed by artificial intelligence, A.L.I.E, and those left behind in the United Ark Federation struggling to save themselves from extinction. This scenario is a great way to evaluate Thomas Hobbes’ state of nature, questions on God, ethics of technology, and mind-body dualism.

Philosophy tries to solve conundrums via thought experiments, like the Trolley Problem. Netflix’s The 100 is a great thought experiment on God. We have allowed an anthropomorphic conception of God because it’s easier to relate with an eternal being that is a better version of ourselves. Contrary to this belief, the conception of God in The 100 is as a judge. It is a higher, alien life-form that evaluates the actions of humans by testing a representative of humanity, and passes judgment with the consequences that bear upon the entire human race. It exists as a gender-neutral consciousness that reads minds, reveals itself in the form of a loved one, and facilitates transcendence. This answers the main epistemological question – Can God be known?, and gives way to two main queries – Does God exist? Yes. Then how does one account for the free will of humans? God did not construct a deterministic universe for humans. Their actions are their own and they shall be judged for the choices they make.

Theories about God in The 100 lie in a middle path between Buddhism and Vedanta. The 100’s God, unlike Advaita Vedanta’s brahman, doesn’t employ tools (māyā) to deceive humans about reality, and neither does it explicitly tell anything about reality (Buddha’s Silence). To pass its test, one does not require mere possession of knowledge of Vedānta or Buddhism, rather one’s actions ought to be guided by it. This is where the transcendence of The 100 finds semblance with the concept of moksa.

The Problem of Good & Evil

Perceived as a part of antagonistic duality, the problem of good and evil is a necessary implication of the existence of God and free-will. The 100’s God solves the conundrum of the simultaneous existence of good and evil. Like a judge who sits in the court cannot do anything about the good or evil actions of a criminal until a case is filed, this God cannot react to it unless it’s the ‘Judgement Day’. However, this gives way to discussions in another form. One person takes the test to decide the fate of entire humanity.

Unlike the real world, democratic elections do not take place in The 100 to choose this person.

This leads us to question – If that one person is evil then, do all the good people also suffer death? Conversely, if that person is good, do all the evil people get the benefit of it and transcend?

Further, what qualities entail the understanding of ‘good’ and ‘evil’? In the series, protagonist Clarke commits certain actions to save her Ark-family by committing genocide. It was essentially an act of utilitarianism – maximizing the pleasure of life for a maximum number of people. She makes similar difficult choices time and again. But, when she finally takes the test she fails. In contrast, Raven transcends even though she knowingly sent four people to their death to stop a nuclear reactor from a meltdown. So, which quality(s) balances the scale of good and evil – the count of people dead, the count of people saved, Immanuel Kant’s categorical imperative, or some ‘X’ factor?

Questions regarding the existence of God have bungled the human mind since the beginning of civilization and form one of the most intriguing problems in arena of Philosophy. The 100 not only introduces theories but also helps the viewer forge new questions and critically evaluate all opinions. In my view, Philosophy will be practiced as long as there is curiosity in the minds of human beings. More than arriving at a definitive answer, asking the ‘why’ and ‘how’ is the spirit of Philosophy. Netflix’s The 100 only goes on to show that Philosophy has merely changed its character of revelation. Instead of being found only in mundane and dusty old books, it can be very easily learned via cinematic productions!

The writer is a postgraduate in Philosophy from Lady Shri Ram College for Women. Her major areas of interest are art and aesthetics.

Constitutional Amendment Must to Make Reservation in Promotion a Fundamental Right