Constitutional Amendment Must to Make Reservation in Promotion a Fundamental Right

In the Mukesh Kumar vs The State of Uttarakhand case last year, the Supreme Court refused to issue directions to state governments to provide reservations to SC/ST in promotions, while ordering collection of quantifiable data to provide such reservations.

The Supreme Court in February 2020 ruled, “It is settled law that the State Government cannot be directed to provide reservations for appointment in public posts. Similarly, the State is not bound to make reservations 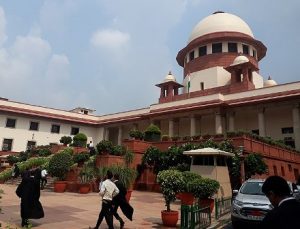 for Scheduled Castes (SC) and Scheduled Tribes (ST) in matters of promotions.”

For many political parties, the immediate reaction was to ensure this ruling gets challenged. Ramdas Athawale, Minister for State, Social Justice and Empowerment said, “How can the Supreme Court say that it is entirely up to the state government to give reservations?” Senior minister Thawar Chand Gehlot told Lok Sabha that it was not a party in this legal battle; and that the government would take an appropriate decision after studying the matter. On 18th March 2020, the Uttarakhand government, implementing the order, barred reservations in promotions in state government jobs for SC & ST. The current leader of Opposition in Rajya Sabha, Mallikarjun Kharge, pointed out in February 2021, that the marginalized communities are ‘worried’ about the Supreme Court judgment and lack of actions from the government in this regard.

The foundation for reservations is Article 15 of the Indian Constitution which prohibits discrimination on the ground of religion, race, caste, sex, or place of birth. However, it sanctions protective discrimination in favor of women (clause 3), and for the advancement of any socially and educationally backward classes of citizens or for the SC/ST (clause 4), which was incidentally added through the first Constitution Amendment Act, 1951 to overturn the Supreme Court decision in Chenbagam Durairajan vs the State of Madras. The 93rd Amendment Act, 2005, introduced Article 15(5), which empowers the State to make reservations with regard to admissions into educational institutions, including private institutions, whether aided or unaided by the state. Then, the 103rd Amendment Act introduced clause 6, empowering states to make reservations for economically weaker sections, subject to a limit of 10per cent of seats. There is also Article 46, Part IV, which imposes a duty upon the State, including the judiciary, to promote the educational and economic interests of weaker sections. Incidentally, Article 46 was cited by the Madras Government in support of reservation in the Chenbagam case and by the current Union Government in support of reservation for economically weaker section, which is sub-judice now. Thus, the Constitution has been very explicit in terms of the significance it has attached to protect the reservation system.

There is also Article 16, which guarantees the equality of opportunity in Public employment and appointments under the State.

While article 16(3) allows the state to make any requirement as to residence within that State or Union territory prior to such employment or appointment, Article 16(4) empowers the state to make provision for reservation of posts in government jobs in favor of any backward class of citizens which, in the opinion of the state, is not adequately, represented in services.

The Supreme Court judgment in the Indira Sawhney case, 1992, permitted reservation in promotion for SC & ST (not for OBC) to continue, but only for five years. In 1995, the government introduced Article 16(4A) through the 77th Amendment to allow the State to provide reservations to SC/ST in matters of promotion, as long as the State believes that they are not adequately represented in government services. Further, the 81st Amendment Act, 2000, added a clause 4-B allowing a breach of the 50per cent ceiling set on reservations and allowing the State to carry forward unfilled vacancies from previous years (Carry Forward Rule). The 86th Amendment amended Article 335 to enable the state to modify standards while allowing for reservation. The 85th Amendment Act, 2001, extended the benefits of consequential seniority to SC & ST candidates promoted through the reservation. It is important to note that for the entire decade from 1992 to 2002, the Parliament has been amending the Constitution of India to facilitate reservation.

The Nagaraj case, 2006, was the turning point. The Court, while upholding the 77th, 81st, 82nd, and 85th Amendments as constitutionally valid, noted that Article 16 (4A) and 4B are enabling provisions and there is no automatic right to reservation in promotion for SC/STs. The latter was made conditional requiring the state to demonstrate the backwardness of the SC/ST by proving that they are inadequately represented in relevant public employment and maintain the overall efficiency of administration. In other words, it seemed to have become totally discretional and optional for the State to provide reservations. Following this decision, various High Courts and the Supreme Court struck down Statutes and Rules extending reservation in promotion policies. They blamed the State for failing to furnish enough data to meet the controlling conditions. It is important to note that in 2019, the Supreme Court (B K Pavitra Case) upheld the Karnataka Reservation Act, 2018 on the ground that the State had furnished sufficient data to demonstrate both that SC/STs are inadequately represented and that the policy would not adversely affect efficiency.

Now, the 2020 judgment was based on an appeal against the High Court judgment, 2019. In 2012, the Uttarakhand High Court barred reservation in promotion. Following this, the then state government issued orders barring departments from providing reservation in promotions to SC/ST employees. Gyan Chand, an assistant tax commissioner from the Scheduled Caste community, had challenged the Government order. The High Court on 1 April 2019, struck down the order, stating that Article 16(4A) as an enabling provision, conferred power on the government to take necessary steps, if they so choose, to provide reservation in promotion in favor of the SC and ST, without having to gather quantifiable data. The Government of Uttarakhand filed a review petition in the High Court while putting on hold promotions in all departments. In November 2019, the High Court, setting aside its April 1 order, directed the state government to collect the data on “adequacy/inadequacy in the representation of SCs and STs before providing reservation for the posts that are filled through promotions in government jobs.” It is interesting that the state government through a special leave petition, approached the Supreme Court in September 2019 to say that the high court cannot direct the government to collect quantifiable data on the basis of which a decision to provide reservations would be taken.

In the Mukesh Kumar case, the Supreme Court refused to issue directions to state governments to provide reservations to SC/ST in promotion. The court also held that quota in Job is not a Fundamental Right. It refused to issue the writ of mandamus to the State Government to protect the reservation in Promotions. Another interesting factor is that it has made reservations in promotion conditional, that is, if the State Government wants to make the reservation for SC, ST, and OBC, it has to collect quantifiable data. But, if the state decides not to, no such data is needed to justify its decision. Now, what is quantifiable data has not been defined.

Also Read : Jat reservation: What it is all about?

The rationale behind, and the way forward

As per the 2011 census, the population of SC and ST is 16.6 per cent and 8.6 per cent. The Government informed the Parliament that the representation of SC & ST under the central government was 17.49 percent and 8.47 per cent, as of January 1, 2016. But in this representation, the percentage of cleanliness workers contributes to a huge chunk: 45.16 per cent of SC.

In a reply to a Parliament question, in November 2019, it was revealed that out of 82 Secretary level posts, SC & ST occupy only 4.

So, the reservation in promotion has been kept only to ensure due representation for SC & ST in higher posts.

The only solution, now, is to file a review petition in the Supreme Court. Alternatively, Parliament should amend Article 16 making it mandatory to provide reservations till the quantifiable data reveals such reservation being unnecessary. The review powers have been given to the SC under Article 147. The review petition should have been filed within 30 days of the judgment. Of course, the court can condone the delay in special circumstances. But the chances of the court changing its stand are less. The only other alternative is to amend the Constitution. There are two articles in the constitution- Article 16 (4) and 16(4A), which have to be amended from being a provision to being a Fundamental Right. As of now, the Articles use the words such as “Nothing shall prevent the State from making any provision” and “which, in the opinion of the State is not adequately represented in the services under the State”, thus making it optional for the State. What is needed is to amend both the articles as under: “In pursuance of the duty imposed upon the state in Article 37 and the directive in Article 46, the state shall make provision for reservation, in matters of promotion with consequential seniority in any class of posts in services under the state in favor of SC and ST, until, in the opinion of the State, the SC & ST have adequate representation in all classes of posts in services under the State.”

R. Narayanan is a retired Group A, Indian Postal Service officer, having worked with a number of government organisations like All India Radio, Research and Analysis Wing and Public Account Committee. He teaches Indian Polity, Economics and History to IAS aspirants. Views expressed are personal.

Netflix’s’ the 100 ’ as a thought experiment on God