The Nobel laureate organisations continued to be dominated by the West with a very few exceptions. Notwithstanding all such criticisms, the Nobel Peace Prize continues to inspire humanity and a better world.

At a time when the pandemic-hit world needs hope for a better tomorrow more than anything, the Nobel Peace Prize 2020 has been awarded to an organisation at the forefront of battling 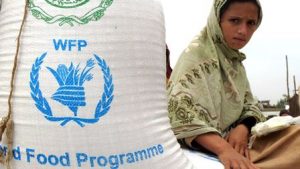 hunger and food insecurity – World Food Programme (WFP). The Nobel committee noted the organisation’s‘efforts to combat hunger, for its contribution to bettering conditions for peace in conflict-affected areas and for acting as a driving force in efforts to prevent the use of hunger as a weapon of war and conflict’.

WFP in a thanking note reminded that this award is a powerful reminder to the world that peace and zero-hunger can go hand-in-hand. By awarding the world’s most-coveted international prize for world peace to a food security focused organisation, the Norwegian Nobel Committee has given a strong message to the world on an often-ignored role of food in maintaining international peace and security. It said, “Until the day we have a medical vaccine, food is the best vaccine against chaos”.

The Rome-headquartered WFP assisted 97 million people in 88 countries in 2019 to cover their food-related needs. It started operations in 1961, inspired by the former US President Dwight D. Eisenhower, the same person who inspired the creation of the International Atomic Energy Agency (IAEA) for ensuring the peaceful use of nuclear energy, four years back. The IAEA is also a Nobel-awarded UN body. WFP directs its activities towards breaking the cycle of hunger and poverty across the world, particularly in under-developed countries and regions.

Since 1901, in the 120-years history of the Nobel Committee, 25 organisations have been awarded the Nobel Peace Prize 28 times. Among them, two have received it more than once, the International Committee of the Red Cross (Or, Red Cross)was awarded thrice and the United Nations High Commissioner for Refugees (UN Refugee Agency) received it twice. In fact, every first Nobel Peace Prize was awarded to Swiss humanitarian activist Henry Dunant, founder of the Red Cross Society along with French peace activist Frédéric Passy in 1901.

As of 2020, there are 107 individuals and 25 organizations that have been awarded the Peace Nobel.

In the first three years since the beginning of the prize, it has been only awarded to individuals. But in 1904, then Ghent-based Institute of International Law became the first organisation to be awarded the Peace Nobel in 1904, beginning the trend of organisations being considered for the award. It was followed in 1910 when the Geneva-based International Peace Bureau was awarded the Peace Prize. Later, the Red Cross went on to receive the Prize in 1917, 1944 and 1963, more than any other organisation in the world.

Just four years after its founding in 1950, the UN Refugee Agencyor UNHCR became the very first UN-affiliated organisation to receive the prize in 1954, and again went on to receive it in 1981, as well. The New York-based UNICEF (United Nations Children’s Fund) became the second UN agency in 1965 to receive the Peace Prize, followed by Geneva-based ILO (International Labour Organisation) in 1969, UN Peacekeeping Force in 1988, UN itself in 2001, Vienna-based IAEA (International Atomic Energy Agency) in 2005, IPCC (Intergovernmental Panel on Climate Change) in 2007, the Hague-based OPCW (Organisation for the Prohibition of Chemical Weapons) in 2013, and the latest being the WFP in 2020.

After 1904 and 1910, the Red Cross became the first global NGO to receive the prize in 1917. The Quakers, a religious humanitarian group mainly based out of Britain, were awarded in 1947. In between, Geneva-based Nansen International Office for Refugees, during the inter-war period, which granted Nansen Passports for the stateless and the people who have to flee their home due to war was awarded the Peace Prize in 1938. 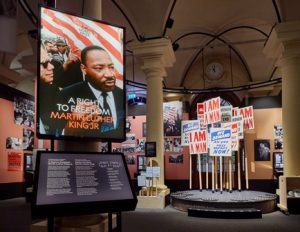 As the new century dawned, the efforts of Muhammad Yunus, in the alleviation of poverty in Bangladesh by providing cheap rural credit through the Grameen Bank, was recognised by awarding the Peace Prize in 2006. The Geneva-based ICAN (International Campaign to Abolish Nuclear Weapons) was awarded the Prize in 2017.

In 2012, the European Union (EU) became the first and only ‘regional’ organisation to be awarded the Peace Prize, recognising its contribution to the advancement of peace and reconciliation, democracy and human rights in Europe for over six decades. Similarly, three years later in 2015, Tunisia-based National Dialogue Quartet was awarded the Peace Nobel for its contribution to the building of a pluralistic democracy in Tunisia in the wake of the 2011 Jasmine Revolution and the subsequent Aran Spring in the Middle-East.

Similarly, during the inter-war period, Leon Bourgeois, the man who was behind the establishment of the International Court at The Hague was also awarded the Peace Prize (1920).

And, Fridtjof Nansen, the man behind the idea of Nansen Passports, mentioned earlier, for the stateless people and refugees was awarded the prize in 1922.

Former Canadian Prime Minister Lester B. Pearson was awarded the Peace Prize in 1957 for his role in the formation of the UN Peacekeeping Forces and Rene Cassin in 1968 for his role in the Universal Declaration of Human Rights, twenty years back. Former UN Secretary General, Dag Hammarskjöld remains to this day as the only Nobel Peace Laureate awarded posthumously, in 1961.

For both individuals and organisations, the first six decades since the awards began was dominated by the West and Westerners, all of the laureates being from the countries in Europe or North America. However, it was changed in 1960 when South African peace activist Albert Luthuli became the first non-Western person to be awarded the prize. Later, the Nobel laureate organisations continued to be dominated by the West with a very few exceptions. Notwithstanding all such criticisms, the Nobel Peace Prize continues to inspire humanity and a better world.

Southern Indian Sea is under the Threat of Heavy Metal Pollution