The 90-page report by Parliamentary Committee on Health and Family Welfare recommends keeping the ART industry altruistic, non-commercial, and expert-driven.

The Parliamentary Standing Committee on Health and Family Welfare, in March 2021, submitted a report of 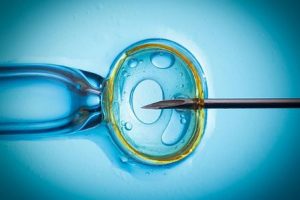 its recommendations to the much-awaited Assisted Reproductive Technology (ART) Regulation Bill, 2020. The 129th report was presented to the Rajya Sabha on March 19, 2021, after four months of deliberation with various stakeholders engaged with the ART Bill, and primarily recommended that the said bill should continue to be driven by humane agendas, rather than overt commercialization.

The ART Bill was first introduced in the Lok Sabha on 14 September 2020 and was referred to the Parliamentary Standing Committee on 3 October 2020, for examination and report. The Bill essentially aims to regulate the ART clinics and prevent misuse, unsafe, and unethical practices in the industry of artificial insemination and will be India’s first legal document to regulate the industry. The Bill intends to protect affected women and children from exploitation, supports oocyte (egg) donors with medical insurance, and protects the children conceived through ART.

The Statement of Reasons of the Bill reads, “ART has grown rapidly in the last few years and India has registered the highest growth. Assisted Reproductive Technology, including In Vitro Fertilization (IVF), has given hope to many persons suffering from infertility but introduced a plethora of legal, ethical, and social issues.” ART presents an alternative to deal with infertility, which, as per ICMR, has reduced from 2.7 to 2.1 children per woman today.

To develop a better understanding of the Bill, members of the committee, chaired by Rajya Sabha MP Prof Ram Gopal Yadav, engaged in discussions with the Department of Health Research officials, NGOs, lawyers, and doctors. The primary recommendation the Committee offers is to ensure that the Bill remains true to its altruistic purpose, and does not end up becoming a sector for business growth.

Also Read : Women’s Sexual and Reproductive Rights: An Insight on the Medico-Legal Status

The report quotes an ICMR study that predicts the fertility industry in India, already witnessing a boom, will become a 6 billion USD industry by 2030.

It further reads, “The Committee expresses its concern that the ART Bill treats infertility as a prospective industry in the SOR and the Department exhibited the prospects of billion dollars industry a potential center for business growth. This is a matter of great pain to the Committee as the altruistic spirit of the Bill is being killed by the increasing tendency of commercialization of pains of the poor and the prospects of the rich.”

It also suggests that the people involved in ART procedures should be well trained, and recommends the introduction of a specialized ART course which shall become a checkpoint for someone working in the field. “The Committee believes that the mission objective of the proposed legislation can be achieved only when ART Banks and Clinics have experts in storage and cryopreservation of gametes and ART clinics have experts trained in that ART field. It should not be that CPS or diploma holder or MD is opening the IVF centers,” the report reads.

Assisted Reproductive Technology, as per the Bill, can be availed by: i) An Indian married couple (man & woman), ii) Indian single woman, iii) A foreign couple. Statements by multiple NGOs, including the Sama Resource Group for Women and Health and the Center for Social Research advocated including live-in and homosexual couples in the Bill. The Committee, however, suggests, ”Given Indian family structure and social milieu and norms, it will not be very easy to accept a child whose parents are together but not legally married. The Committee feels that keeping the best interest of that child born through ART services and other parentage issues in case of their separation, it would not be appropriate to allow live-in couples and same-sex couples to avail the facility of ART.”

To “avoid the field become exclusive to the bourgeoisie,” the Committee recommends price regulation of ART so that “poor people who wish to have a child can avail the facility.” The cost of ART can range anywhere between one lakh rupees for three cycles, or five lakh rupees for a single cycle. Along these lines, the Committee also suggested the government make efforts in the field of infertility study, rather than promoting the industry as a market.

The Committee also acknowledges that in case of abandonment of the child, the gynecologist/medical practitioner involved in the ART process would not be held responsible.”In all cases, the ultimate responsibility of the child born lies with the commissioning couple, and any violation of the provision on the part of the commissioning couple or woman (donor) would attract the penal provision towards them.” It further reiterates that the sale of human embryos or gametes by the donor will attract penal provision in order to prohibit the commercialization of ART services. It also suggested a firm inquiry in cases of medical negligence by gynecologists/ registered medical practitioners.

The Lady With a Frown