Women’s Sexual and Reproductive Rights: An Insight on the Medico-Legal Status

The application of the said Indian laws and the judicial pronouncements has somehow not been able to protect the rights of the females in its letter and spirit. 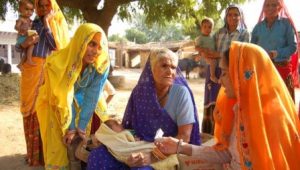 Although India was amongst the first few countries to create legal and policy frameworks guaranteeing access to abortion and contraception, women and girls continue to experience significant hurdles to full enjoyment of their reproductive rights, which includes poor quality of health services and denials of girls’ and women’s decision-making authority.

From the concept of decision-making authority comes the term of consent. The requirement of informed consent follows from our respect for a person’s capacity to make his or her own (informed) decisions in relation to his or her body (i.e. bodily autonomy).

When we talk about right of a woman’s reproductive health, she has the right to life and liberty, equality, privacy, etc. as well as rights guaranteed under an Act and statutes.

Also read:  Through the waves of women’s liberation

The Medical Termination of Pregnancy Act, 1971 (the MTP Act) which was amended in 2002 legalises abortion in India for certain reasons such as risk to life or chances of affecting physical or mental health of mother, severe foetal anomalies, failure of contraception in married women and pregnancy resulting from rape, for up to 20 weeks.

“In rare cases, courts have allowed MTP up to 24 weeks. Husband’s consent is not mandatory for MTP. Also, it is important to highlight that sex selection is not a legal ground for terminating a pregnancy, and is rather an offence.”

Age of consent for sex is now 18 years for females. A rape victim can approach any police station and a zero FIR is lodged, in which, complaint can be registered and enquiry initiated. While a rape victim can opt out of physical examination, an accused can’t. A person breaching the anonymity of a rape victim is liable for punishment i.e imprisonment. Trial for a rape has to be in camera trial to protect anonymity of victim.

Surrogacy regulation Bill passed in Lok Sabha in December 2018 emphasises that only altruistic surrogacy is allowed for infertile Indian couples by a close relative only. Couple should be married for at least 5 years, and have a doctor’s certificate, certifying infertility. Couples already having children can’t opt for it.

“Singles, homosexuals and live-in couples can’t apply for it. The Surrogate should be married and have at least one biologic child. The child born out of surrogacy is deemed the biologic child of that couple and cannot be abandoned under any circumstances.”

In a landmark judgment, the apex Court stated that ‘There is no doubt that a woman’s right to make reproductive choices is also a dimension of personal liberty as understood under Article 21’. In the year 2013, in Hallo Bi v. State of Madhya Pradesh and Others, Madhya Pradesh High Court affirmed the importance of providing victims of rape access to abortion without requiring judicial authorisation.

In Millicent Maimuna and Margaret Oliele vs Attorney General and Others case, the Court held that ‘No woman, more so a pregnant woman should be denied the facility of treatment at any stage irrespective of her social and economic background. This is where the inalienable right to health which is so inherent in the right to life gets enforced’.

In Devika Biswas vs Union of India case, the Court held ‘State’s policies and programmes leading to sterilisation abuse violate women’s fundamental and human rights’. And in the case of High Court on its Own Motion v. State of Maharashtra, the Bombay High Court ruled to improve women prisoners’ access to abortion and strongly affirmed women’s rights to abortion as an aspect of the fundamental right to live with dignity under Article 21.

The legislation in India and pronouncements by the constitutional courts have been in line of various international conferences, conventions and treaties and therefore have been able to establish a regime at par with other countries. However, the application of the said laws and the judicial pronouncements has somehow not been able to protect the rights of the females in its letter and spirit.

The State also has not been able to provide the mechanism and the machinery to execute such laws and judicial pronouncements largely due to unawareness and literacy amongst the masses.

“In such a scenario, a collective effort on behalf of the State, Police and other authorities including the courts would be needed to put in place a better system for implementation of such beneficial social legislations to the society at large.”

No law will prevent the reality of the ethical dilemmas generated by human existence. Some cases will present with such ethical complexity that there will be no guideline or precedent, just training and experience. Society proffers all kinds of opinion and sometimes it seems that the more extreme this opinion, the more likely it is to be heard. If we ourselves were to find ourselves or our daughters in some of the dilemmas faced by women, what would we do?

Towards Building a Research Ecosystem in India