Prisoners and the Right to Vote: Questions on Disenfranchisement

Prisoners should be allowed to live with integrity and dignity and prisons shouldenable them to participate in socio-political activities.

Right to vote is one of the essential and fundamental human rights of an individual in democracies. 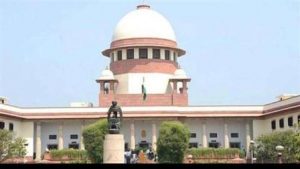 One of the basic prerequisites of every democracy is free and fair elections by the way of ‘Universal Adult Suffrage’, where the right to vote is not restricted based on race, sex, belief or status. Universal adult suffrage, which is the foundation of every legitimate democracy, is rarely absolutely practised in countries of the world. However, prisoners as a group in particular, are devoid of the right to elect their representatives.

Prisoners and their rights are extremely limited. They are the vulnerable and deprived sections of society, who live a torturous life within shrinking confined spaces. Governments and social institutions rarely talk about the rights of prisoners and condition of their deplorable living. India lacks in prison reforms and no document declares mandatory rights of prisoners, leaving it up to the changing governments and changing moods of the society to determine the prison management. The act of incarceration should not only punish them for violating the moral conduct of the society, but should also facilitate their transformation and rehabilitation back in society. The authorities and management often overlook the latter aspect of this institution and neglect these individuals by repudiating their basic rights. Right to elect representatives or enfranchisement is one such important right, which is deprived of exercising by convicts or felons.

This phenomenon conceptualised as ‘Criminal disenfranchisement or Felony disenfranchisement’ is suppression of voting rights of those who have been convicted. The right, which is internationally acclaimed as a necessary basic human right, is not allowed to be exercised by the prisoners in major countries of the world like the United States, the United Kingdom, Australia, Brazil, France, Belgium, Russia, etc. India, which prides itself on being one of the largest democracies of the world, also, does not provide suffrage to convicted felons. The question of the hour is that whether such curtailment of their rights is justifiable or not.

Perspectives of Indian Law and Judiciary

Indian legislations and judiciary have time and again revealed that the system is not yet in favour of Enfranchisement of Prisoners. The disenfranchisement arrangement is rigid and comes under ‘highly restrictive’ category. The Section 62(5) of Representation of People’s Act, 1951, denies the right to vote to people who are “under a sentence of imprisonment…or is in the lawful custody of the police”. It excludes those under preventive detention. The section has been considered violative of fundamental rights of Individual and has been challenged frequently.

The legal framework has been challenged in courts time and again to bring a system to accept the rights of prisoners, which when curtailed are also violative of the constitution.

In one of the prominent cases of 1997, Anukul Chandra Pradhan v. Union of India, the petitioner challenged the validity of Section 62(5) of the Act because it violates fundamental rights (Articles 14 and 21) of the Indian Constitution. The court held that the “right to vote is subject to the limitation imposed by the statute…and challenge to any provision in the statute prescribing the nature of the right to elect cannot be made concerning a fundamental right in the Constitution.” Recently a public interest litigation (PIL) was filed in Delhi court, where the court held the validity of the section by upholding the judgment of court in the aforementioned case in its recent judgement in the case, Praveen Kumar Chaudhary and Ors. v. Election Commission of India and Ors. The court ruled that the object was to prevent criminalisation of politics, which would be undermined and have a subversive effect on Indian democracy. The court also highlighted the problem of resource crunch as to ensure conduct of elections would require rigorous deployment of police force. These judgements by judiciary weaken the nitty-gritty of our participatory democracy and hinder the common spirit of the constitution.

The legal jurisprudence of international law provides suffrage as a universal fundamental human right. There is a proper accordance to respect the existence of an international right to vote in democratic elections. Indian laws and judiciary follow common law principles and universal human rights principles to implement a legal framework in the country.

Article 21 of Universal Declaration of Human Rights (UDHR) provides that everyone has the right to take part in choosing representatives of their country. Similarly, Article 25 of the International Covenant on Civil and Political Rights (ICCPR) also endorses ‘universal and equal suffrage’. Other provisions like the United Nations’ Standard Minimum Rules for Treatment of Prisoners, 2015 (Nelson Mandela Rules) and General Comment 25 of the Human Rights Committee also support enfranchisement of all and sundry. Besides, the customary international law and its norms provide for the principle of non- discrimination in voting norms.

Despite being a signatory to the Universal Declaration of Human Rights (UDHR) and the International Covenant of Civil and Political Rights (ICCPR), and an important part of customary International Law, India remains one of the few countries in the world to retain a ‘blanket ban’ on the rights of prisoners. One of the largest democracies of the world contravenes the provisions imbibed in the international law and excludes prisoners from the polity of the country.

Threat to Rights: Equality and Liberty

The deliberation related to prison reforms and discourse concerning their civil or political rights have been going on for a long time. The basic justification provided to deny rights to prisoners is that a person who has committed an offence has violated the social contract and divested himself from any kind of rights and liberty. However, this is not completely acceptable as a custodial sentence in itself does not mean complete renunciation of one’s liberty. Voting can be called as an expressive activity and curbing the same, further degrades and isolates convicts from the society, thereby jeopardising the reformative ability of prison as an institution.Moreover, one of the major reasons given to deny voting rights is to thwart criminalisation of politics. This argument appears flawed as no study has shown a correlation between the disenfranchisement of convicts and a reduction in crime rates. Prisoners are a section of society who are shunned, secluded and treated inhumanely to deter crime. It is done to set a precedent and prevents further annihilation of ethics in society. As a result, stringent behaviour is done with the felons whose situation is made worse by dominant stigmatisation and marginalisation in society. An institution which should be highly reformative instead aggravates the suffering already inherent in the process of incarceration. The legal mechanism also comes as a flawed system when one can contest elections from jail, but not vote.

This form of discrimination also disproportionately affects the socio-economically disadvantaged section of the society, further threatening the basics of equality in society. The social evils of our society like caste biases often lead to incarceration of marginalised sections in large numbers. The analysis of the demographic profile of prisoners reveals that the system is biased against the underprivileged. Not everyone is born criminal and they are made one by their impoverished conditions, hence such regulations further emancipate their suffering in the society. In addition to all this, people under trial are also denied right to vote and the law does not distinguish between those who are liable for heinous crimes and the ones who are in custody for petty offences. The police also can arrest indiscriminately without any grounds. The prejudiced justice system has resulted in an over-representation of Muslims, Dalits and tribal communities in prisons. As a result, the communities which hold a vulnerable position in the society is further alienated from the social construct.

The institutions, which are envisioned as reformative bodies and sufficient caregiver to prisoners, are in reality a structure which has a dearth of basic amenities and rights. The right to vote is an essential part of ones’ identity, which additionally provides a sense of belonging to the larger populace. An institution, which is for reform and rehabilitation of convicts and their subsequent reintegration in the society, should allow them to live with integrity and dignity and enable them to participate in socio-political activities. Disenfranchisement is not justified on legal grounds and common rationale of human. The denial of voice to prisoners further aggravates marginalisation and discrimination in our society and impedes prison reforms. It is important to reckon what Fyodor Dostoevsky said: “The degree of civilization in a society can be judged by entering its prisons”.

The writer, a legal researcher, is undergraduate law student at Rajiv Gandhi National University of Punjab. She can be reached on twitter
@Philomath000

Unlock India: A Dollar a Day and an Android