Parliament Budget Session 2021-22 began on January 29 and was adjourned sine die earlier than its scheduled deadline on March 25. In the 24 days of functioning, the Parliament cleared 18 bills and saw an overall productivity of 102 per cent.

New Delhi: The Parliamentary Budget Session for 2021-22 was adjourned sine die on March 25 after functioning for 24 days between January 29 and March 25. The session was held in two halves with an 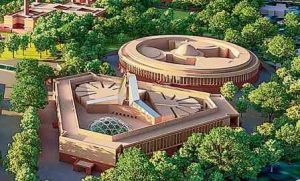 interval between February 16 and March 7. During its runtime, the house was disrupted several times due to protests by opposition members over rising fuel prices and the ongoing farmer protests against previously cleared agricultural laws. The opposition also staged a walkout to protest against the passing of a few controversial bills, such as The Insurance (Amendment) Bill, 2021, and The Govt. of NCT Delhi (Amendment) Bill, 2021.

The productivity of the upper house was clocked at 90 per cent, while that of the lower house was 114 per cent. The Rajya Sabha cleared 19 bills, while the Lok Sabha cleared 18 bills. A brief summary of the session, divided into sections, is as follows:

The Parliament cleared 18 bills in the 2021-22 Budget Session, which include:

1. The Insurance (Amendment) Bill, 202: This bill proposes to raise foreign direct investment in Indian insurance companies from 49 percent to 74 per cent.

2. The Medical Termination of Pregnancy (Amendment) Bill, 2020: This bill increases the upper limit of terminating pregnancies from 20 weeks to 24 weeks with recommendations from 2 doctors.

4. The Government of National Capital Territory of Delhi (Amendment) Bill, 2021:This bill seeks to define the ‘government’ of NCT Delhi by replacing it in the original act to mean Lieutenant Governor and not the elected government of the UT.

6. The Finance Bill, 2021: This bill allows for the passing of budgetary allocations put forth by the Central Government for the fiscal year 2021-22.

7. The Appropriation Bill, 2021: This bill authorizes expenditure from the Consolidated Fund of India for the fiscal year 2020-21.

8. The Appropriation (No.2) Bill, 202: This bill also authorizes expenditure from the Consolidated Fund of India for the fiscal year 2020-21.

10. The Major Port Authorities Bill, 2020: This bill allows greater autonomy to major ports and allows them to respond to challenges put forth by the market.

11.The Arbitration and Conciliation (Amendment) Bill, 2021:SThis bill replaces an ordinance and allows stakeholder parties to seek an unconditional stay on of enforcement of arbitral awards.

12. The Mines and Minerals (Development and Regulation) Amendment Bill, 2021: This bill allows for the removal of restrictions on the end- use of minerals and its sale by captive mines.

13. The Constitution (Scheduled Castes) Order (Amendment) Bill, 2021: This bill replaces the entry for the           Devendrakulathan community with DevendrakulaVelalar, which includes the communities that are currently listed separately within the Act.

14. The Jammu and Kashmir Reorganisation (Amendment) Bill, 2021: This bill allows for the merging of the current J&K cadre with Goa, Arunachal, Mizoram, and Union Territory cadre for IAS and IPS.

15. The Jammu and Kashmir Appropriation Bill, 2021:This bill allows expenditure from the Consolidated Fund of the union territory of J&K for the year 2020-21.

17. The Puducherry Appropriation Bill, 2021: This bill allows expenditure from the Consolidated Fund of the union territory of Puducherry for the year 2020-21.

It was amid ravening slogans of ‘Jai Jawan Jai Kisan’ from fellow parliamentarians that Finance Minister Nirmala Sitharaman introduced the Union Budget for the FY 2021-22. The government introduced several reforms in the healthcare sector, railway sector, road infrastructure, and pushed for increased privatisation. The budget was shaped by six pillars: Health and well-being, Innovation and R&D, Physical and financial capital and Infrastructure, Inclusive development for aspirational India, Reinvigorating human capital, and Minimum government and maximum governance. This was also the first budget to allocate Rs. 2,217 crores for tackling air pollution in 32 urban centres.

With the added anxiety of a virus hanging over, this year also saw a large part of the budgetary allocation reserved for the healthcare sector- Rs. 2.23 lakh crores.

Rs. 35,000 crores of this sum was reserved for the development of COVID-19 vaccines. The Union government also introduced the PM Atmanirbhar Swasth Bharat Yojana and allocated Rs. 64,000 crores to the scheme.

The government also proposed to sell part share in the Life Insurance Corporation of India through an initial public offering (IPO), along with funding highways in West Bengal, Kerala, and Assam. Hundred percent electrification of broad gauge network by 2023 was also hinted at, along with kickstarting Metro Lite & Metro Neo as a cheaper way of travel in tier 2 & tier 3 cities. Over 3800 crores were also allocated to the upcoming census in 2023.

In the first half of the Budget Session (Jan 29-Feb 16), both houses conducted business in separate hours of the day due to COVID-19. However, regular timings were resumed in the second half of the session. A total of 13 new bills were introduced in the Parliament. The Lok Sabha introduced 10 new bills, while the Rajya Sabha introduced 3, including the controversial NCT Delhi Bill and the Insurance Amendment Bill. None of the new bills were referred to a Parliamentary Committee.

76 per cent of the budget was passed without discussion. The house discussed budgetary allocations for the Ministries of Railways, Education, and Health. While demands for Ministries of Housing & Urban Affairs and Road Transport & Highways were also listed, they could not be discussed due to time restraint. The lower house sat for 24 days and worked for 132 hours. The Rajya Sabha sat for 23 days and worked 104.5 hours, which is 89 per cent of its scheduled time.

The Question Hour was also affected by continuous disruptions, especially in the initial days of the second half of the budget session. While the Question Hour functioned for 53 per cent of its scheduled time in LS, in RS it functioned for only 54 per cent. Various issues such as the COVID-19 vaccination drive, sedition cases, functioning of railways, policy implementations, etc, were discussed during the Question Hour.

The house also had Union Ministers Nitin Gadkari and Dr. S Jaishankar give statements on important issues. Transport Minister Nitin Gadkari took to both houses of the parliament to announce the new vehicle scrapping policy that mandates scrapping of 15-year-old commercial vehicles and 20-year-old personal vehicles. In his speech, the minister said that upon reaching the end of the above-mentioned timelines, vehicles would undergo a fitness test at a center near them. He added that this policy will increase the automobile sector turnover of Rs 7 lakh crore to Rs 10 lakh crore in another 5 years.

Minister of External Affairs S Jaishankar also made a statement on the impact of COVID-19 on Indians residing abroad and provided data on repatriations carried out during the pandemic year, which brought back close to 45 lakh citizens through the Vande Bharat missions.

The following bill(s) were cleared (only) in the Rajya Sabha:
1. The National Institutes of Food Technology, Entrepreneurship and Management Bill, 2019

(With inputs from Lok Sabha, Rajya Sabha, and PRS)