Government should heed the voice of women farmers and revoke the draft EIA notification 2020 and call for wider consultations for a more holistic framing of environmental impact. assessment

Placing a gender perspective on the Government of India’s draft Environmental Impact Assessment (EIA) 2020 notification, the Mahila Kisan Adhikaar Manch (MAKAAM), which is a national network engaged in women farmers’ rights and entitlements, has raised strong reservations and objections against the recently introduced draft. The draft EIA notification 2020 is set to replace the 2006 notification that grants environmental clearance to different projects. MAKAAM has endorsed and reiterated some of the major concerns that have been highlighted by several 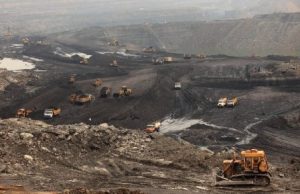 environmental experts and civil society organisations (CSOs), which are as follows: a) excluding certain categories of projects from the scope of public consultations irrespective of the socio-ecological damage they might cause; b) reducing the timeframes for public consultations in other categories of projects; c) legalising post-facto environmental clearances thereby weakening the already shrinking spaces for rural women to participate in and influence decision-making processes; d) increasing the validity period of environmental clearances, thereby facilitating resource grabbing; and e) minimising the role of State Environment Impact Assessment Authority (SEIAA). MAKAAM contends that the provision for post-facto clearance through ‘provisional clearance’ clause will encourage a culture of non-compliance contrary to the interests of environmental protection as well as encourage a mere payoff for violations, rather than the earlier provision of imprisonment as deterrence against violations.

According to MAKAAM, the EIA 2006 with its several amendments had already disempowered the people from participating in the process of impact assessments. The draft EIA 2020 notification is a further step in diluting the role of communities that depend on the environment for their survival. As has been highlighted by environmental experts, MAKAAM believes that it is time that we reframe and restructure the EIA based on sound science combined with a more grounded, gendered understanding of the environment rather than tweak it with reductive amendments.

Environmental impacts cannot be adjudged on a project to project basis; rather it is thecumulative impact of the overall development trajectory that needs to be assessed in terms ofthe impacts on the diverse sections of people and their ecosystems. Large dams, mining, Special Economic Zones (SEZs), flyovers, promotion of chemical-based, commercialised agriculture and similar such fossil fuel-based actions and infrastructure characterises India’s development. According to MAKAAM, this projected paradigm has led to a gradual erosion of the community and the environment. Importantly it has destroyed the way of life of those who depend on the environment, something that cannot be judged within the present framework of the EIA.

Environmental impacts of development projects differ across communities and also across genders.

Women are the worst affected by the destruction of forests, water bodies, lands, commons and other natural resources that they depend on for their survival.

Often the agrarian crisis pushes the men out in search of work, leaving the women behind to manage the degraded lands and impoverished households. With new industrial and mining projects coming in, prioritisation of water uses changes, thereby increasing the burden on women to collect water. Degraded forests and grasslands have meant that women have to walk further to gather fuel-wood and fodder for their animals. Accounting only for loss of trees in non-forest areas and ignoring loss of other vegetations on which communities depend – grasses, herbs and shrubs – have impinged adversely upon the marginal landholders and landless people’s capacities to address their fodder and for aged food needs. 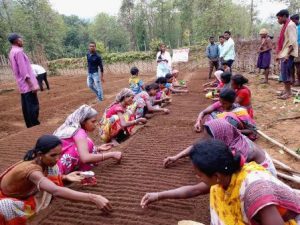 Acquisition of lands and forest areas, water bodies and other commons for ‘development’, irrespective of people’s pending claims and in contravention of other legislations that provide for due process to be followed in such instances, have only led to increasing the burden of unpaid care work of women, an issue which unfortunately receives less attention in the critique of development projects. Moreover, EIAs, conducted within the framework of administrative boundaries rather than in ecological boundaries as undertaken currently, are unable to capture the symbiotic relationships between ecosystem resources. For example, acquisition of forest lands, grasslands, water bodies not only affect the flora and fauna of those systems, but have a deep-seated impact on agriculture as well. Women and other small and marginal farmers practicing agro-ecological agriculture depend on these symbiotic relations. Their long-standing knowledge and understanding which has evolved over generations is critical in the care and conservation of the environment. Women from rural and tribal areas have shown that such ecological ways of knowing are necessarily participatory and symbiotic.

Women have been at the forefront of struggles against environmental destruction and in establishing environment regeneration. Examples of women resisting and fighting against the destruction of nature, though not adequately documented, are eloquent testimonies of women’s efforts to sustain and conserve the environment and livelihood needs. Whether it is the Bishnoi women who resisted the felling of Khejri trees in the 18th century or the Chipko movement of the 1970s, where Gaura Devi and several other women of the Mahila Mangal Dal hugged the trees to resist their felling and oppose their control by the industry to the more recent struggles in Narmada Valley, Niyamgiri, Muthanga in Kerala, SEZs in Maharashtra, struggles against power plants in Gujarat and Tamil Nadu, women have been at the forefront. Often these struggles are waged in tandem with struggles against patriarchy within their homes and outside. They resist because they have the vision to focus on long-term resilience and well-being strategies over short-term gains offered by capital and profits. Moreover, there are ongoing efforts across the country to save the environment by women and youth groups, panchayats, government departments, by way of promoting natural/organic farming, conserving water and forest; protecting coastal areas, etc.

Some of these have largely been motivated by the sustainable development goals (SDGs) that India is a signatory to and also in response to the call given by our honourable Prime Minister of India to move towards chemical-free agriculture.

In most of these positive examples, women are in leadership roles and are clearly getting empowered by the same.

Women have battled hard to claim a space for their concerns of environment livelihoods and well-being in the legal frameworks that currently recognize their role and space in the context of forest, water and environmental rights enshrined in the constitution of India such as representation in decision making bodies (FRA 2006) and representation and voice in Public consultative processes (LARR 2013). Some of the proposals of the present EIA Amendments pose a threat to these gains.

In this larger context, MAKAAM has proposed the following recommendations to the Government of India to consider on an urgent basis: Revoke the draft EIA 2020 notification with immediate effect; Government should hold widespread consultations towards reframing the EIA based on sound science and a grounded and gendered understanding of the environment, including as it relates to agri-ecosystems, without rushing into further tweaking the draft notification.

Further, in the immediate term ensure that: No projects are given the green signal before the necessary EIA and SIA are completed; No categories of projects are excluded from the EIA and thereby public consultations; EIA reports not to be commissioned by the proponents of the projects, but by third party independent entities, whether government or private, through selection of credible institutions/persons with expertise, including gender and equity expertise; Time frames for public consultations are adequate and not the short period of 20 days as proposed.

MAKAAM wants the government to heed the voice of women farmers and revoke the draft EIA notification 2020 and call for wider consultations for a more holistic framing of environmental impact assessment.

MAKAAM has active presence in over 20 states of the country. It focuses on recognising women as farmers, advancing their access and entitlements to resources and valuing their wisdom and knowledge to co-exist in harmony with nature.