“This innovation could single handedly rejuvenate and re-energise an otherwise declining industry. The product has created exciting interest among various key stakeholders associated with the coconut industry in India and overseas. Nava’s robotic neera-tapping device, Sapper, will be one of the most celebrated success stories from the Maker Village stable”, says Prasad Balakrishnan Nair, CEO, Maker Village.

A significant and game-changing innovation is going to boil down the immense desperation among the coconut farmers, especially in Kerala. The Kerala-based startup, NAVA Design and Innovation, has developed a device for mechanised extraction of coco sap from coconut trees. The sapper developed is expected to generate and accelerate income not only for the farmers on a daily basis throughout the year, but also for a host of commercial and industrial units.

Farmers in the state have found coconut farming less remunerative due to high input cost and labour shortage. Coconut-producing societies and farmers’ cooperatives have been facing acute shortage of traditionally skilled coconut tree climbers and coconut tappers (toddy tappers). There has been a felt-need since many years to address these issues, but nothing effective turned out.

Potential of Coco Sap or Neera 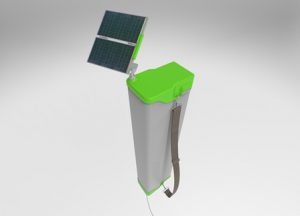 The scope of extraction and sale of coco sap (neera) gave a new hope to the farmers. Inflorescence (spadix) in coconut trees is tapped to extract neera. Many farmers are aware of products like neera syrup, coco sugar, coconut vinegar, etc, which are produced from neera, and their export potential. In spite of the increasing demand for coco sap, the market remains unstructured and unorganised as the demand is not being met. There has been no scope for scaling up the production of sap, despite the huge demand. Since the market for neera is underdeveloped, farmers got stuck in their hopes of making money through sale of neera. Unilever, which ventured into coco sugar production in the state, could not make much impact as it did not get enough quantity of neera in the market.

On the operational front, tapping for neera is done by sap tapper, who has to climb the tree many times each day to tap and collect sap. For instance, in the case of a small farmer owning 10 coconut trees, he/she has to engage a tapper who should climb the trees 30 times per day. There is a huge shortage of traditionally skilled tappers to carry out the tapping. Apart from this, fatal fall from the trees is a major concern. It has been observed that the job of tapper being risky prevents new entrants as tappers. Manpower shortage and related issues of large-scale production to meet the market demand continue to plague the sector.

Both farmers, coconut producers’ cooperatives and neera-based companies have been waiting for devices, which can help extract coco sap from the trees. It is here that NAVA’s device is going to help in a big way.

Sapper: What is the Innovation? 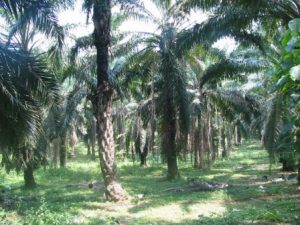 NAVA’s robotic sapper is an app-based device. The innovation is first of a kind and it has received product patent under “Device for Tapping SAP from Inflorescence and the Method Thereof”. The sapper is an innovation of Charles Vijay Varghese, who is an Electrical and Electronics Engineer. Charles is also the founder and CEO of NAVA Design and Innovation Pvt Ltd, a startup based in Maker Village, Ernakulam, Kerala.

The sapper is fixed on the inflorescence selected and identified by the tapper. A thin, long pipe connects the device with the tank on the ground to collect neera. Once the device is installed and switched on, a notification is send informing that the device is ready to be operated through a mobile app. On the basis of the command given post installation, the robotic machine finely slices the inflorescence to extract neera. The device provides for centralised vacuum extraction and single point of collection of the coco sap. As a result, there is no human contact with sap as collected, which helps keeping it uncontaminated.

Maker Village, the largest exclusive hardware deep tech innovation platform in the country, is a joint initiative of the Ministry of Electronics and Information Technology, Government of India and Government of Kerala. True to its envisioned objectives Maker Village has pioneered in supporting technology innovations which are slated to have wider positive ramifications on societal needs. “A flagship innovation in this genre is the Robotic Neera Tapping Device developed by Nava Design”, said Prasad Balakrishnan Nair, CEO, Maker Village. He added that “The coconut industry in the country has been on the downward spiral due to shortage of manpower for tapping. Sensing the critical need and urgency of introducing automation in the neera-tapping process, the startup has come up with the highly innovative automatic Neera tapping device, which is a classic example of leveraging technology for greater cause with highest social impact. This innovation could single handedly rejuvenate and re-energise an otherwise declining industry. The product has created exciting interest among various key stakeholders associated with the coconut industry in India and overseas. Nava’s robotic neera tapping device, Sapper, will be one of the most celebrated success stories from the Maker Village stable”.

The Sapper has the potential to bring a big leap forcoconut and other palm farmers, business and employment. Increased neera production through mechanised extraction will be lucrative for coconut farmers as it helps generate income up to tenfold compared to income from selling coconuts. Sale of neera and its productiveuse in various value-added products such as coco-sugar, coco syrup, toddy, arrack, etc, will generate new employment. Cocosap has been currently licensed in four states including Kerala, Tamil Nadu, Karnataka and Andhra Pradesh. The device will help more than double the yield for coconut farmers, and they will get approximately Rs 3800 per month from 10 coconut trees by using the device. The economic benefit includes the cost-cutting from climbing and increased sap output. The device will give a lease of life to many of the currently closed down neera-processing units/plants. The Coconut Producing Societies (CPS), Coconut Producing Companies (CPC), Coconut Producing Federations (CPF), and neera-processing units/plants will be able to meet their demand. Apart from these, cottage industries, primarily of women, and packaging units in the micro, small and medium enterprises (MSME) for various coco sap-based products will make gains as a result of the innovation by NAVA. EV. Vinayan, coconut farmer and Director of Thrissur Coconut Producer Company, said they are eagerly waiting for the device to enter the market so that they can procure it and use in production of neera.

The innovation does not create a disruption in the existing agro market of a state, which is known for its coconut farms. NAVA’s device can be programmed in such a way that the tapping/cutting of female flower (inflorescence) can be automatically regulated. This helps inflorescence to produce coconuts also, without disrupting market for coconuts for household consumption and producing coconut oil. Hence coconut farmers and traders need not worry about the shortage of nuts in the market owing to the device. The device is suitable for island terrains where coconut trees are cultivated. According to Charles, the Sapper can be used not only on coconut trees, but also for extracting sap from palmyra palms and date palms. Since these palms are abundant in Gujarat, Maharashtra, Rajasthan Bihar, Madhya Pradesh, Uttar Pradesh, Andhra Pradesh and Tamil Nadu, farmers in these states would be able to make immense use of the sapper developed by NAVA. Apart from this, the device has considerable export potential also, since coconut trees and palms are abundant in Sri Lanka, Malaysia, etc.

With minimum training, new and more employment can be generated. The traditional skill gap can be easily addressed. The device will help considerable cost cutting in manual coconut tree climbing, tapping and collection of coco sap.

There will be considerable increase in the productivity of tapper as he needs to climb the tree only twice—once to install the device and to remove it. It helps not only helps in cost cutting, but also ensures the safety of the tapper. KC Sukumaran, coconut tapper, gave good insights about the device and said it will not only make his job safer and easier, but also earn more money from the work. He shared that the device will help reduce his drudgery by bringing down the tree climbing to only once instead of three times per tree per day. He also shared that he is not afraid of losing job because of the device, and it will only help creating more jobs for tappers and new entrants into the profession.

The device will rejuvenate the dying art of coconut tapping in a novel way. It promotes economic empowerment, rural development, health and nutrition (development of healthy food products from neera like coco sugar, etc), women empowerment through creating new cottage and small-scale industries managed by women, growth of MSMEs, etc. The production of value-added products of coco-sap will generate new jobs in rural areas.Since the device is not that expensive, small, individual farmers too can purchase it.

NAVA’s Sapper is a socially and economically relevant innovation, which indeed can be a changemaker for coconut and palm farmers in India, and many other countries. The Millennium Alliance has awarded Rs 30 lakh as grant to NAVA for the further development of the Sapper. The device will benefit not only coconut and oil palm farmers at large, but also provides great relief for the tapper. Being the first-mover, with a patented invention, there is considerable potential for scale up. Since there is no similar device in the market across the world, the product can become the market leader in the immediate future. No wonder, why the sapper is a disruptive innovation with the potential to create a big leap in farming, business and employment.