Run Up to 2024 General Election: Leadership Vacuum in Odisha

Since there is no ecosystem to promote leaders in Odisha, the Odias never find leadership positions in Delhi, Mumbai, Kolkata or Chennai where they have settled elsewhere.

India is maturing into a matured democracy, and its 75th Anniversary of Independence will be celebrated in 2022. While the nation is marching ahead with vibrant leadership, some of the states are facing leadership crisis to keep pace with the governance. 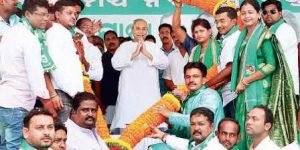 There is an inertia and stagnancy in leadership as new bloods are not infused. Hence, the future of some states is in darkness. Odisha is one such state that escaped national attention on its leadership issues. Although leaders are epoch making, their age, physical fitness and inactiveness has raised serious questions on the very governance of the state.

Odisha will go to elections for the 17th Assembly and 18th Lok Sabha, that would happen simultaneously, if nothing wrong happens in between till March 2024. The General Election 2024 will witness many pre-Independence birth leaders contesting the elections due to health reason. The post-emergency leaders, who permeated into different political inclinations, will also be reaching in their seventies.

The age of leaders plays an important role in discharging their responsibility and output in their constituencies. More and more leaders entering their 70s and 80s are challenges for the state and there is visible hiatus between the old and young leaders. Political wit and wisdom are waning among the upcoming leaders and visionaries of the state.

Health and Physical Fitness of Lawmakers

During the pre-liberalisation days, leaders would visit the area and stay for days together in the field. Visiting to state capital are norm during the Assembly sessions and party meetings. Time has changed, leaders moved to state capitals and stay there with modern gadgets and facilities. There is no such compulsion on the lawmakers to be present. The mobile telephony and internet have narrowed downed distance between the people and the leaders.

The total house strength then was 147. It will be a difficult task to fill the vacuum created by the leaders.

Rehabilitation and Bureaucratisation of Politics

Of late, parties in Odisha have found a new formula to rehabilitate family members and former bureaucrats into party fold. These leaders could not able to be leaders, with exception of Pyari Mohan Mohapatra (1940–2017),  a 1963 batch IAS officer and confidant of late Biju Patnaik and later his son Naveen Patnaik, the present chief Minister of Odisha. Ever since there has been regular inflows from bureaucracy to legislative process and very few could able to assume elected positions. Hence, some former bureaucrats have standing in beelines for the Rajya Sabha seat, but a few lucky and politically right candidates get the positions.

Odisha cabinet has already passed Vidhan Parishad, which will have 49 members (one-third of the Vidhan Sabha seats, i.e., 147 members).

Leadership vacuum does get replenished through defections from other parties. Defection to other party either due to expulsion or negligence, don’t essentially create a new leadership trait.In Odisha, these imported leaders do not see party favour in the newly adopted party in previous general elections held in 2014 and 2019. The names of veteran leaders like Damodar Rout, Bijoy Mohapatra and Srikanta Jena are struggling to create a space in the party and always in the borderline.

Proxy, Representatives and Delegates of Lawmakers

Regional parties donot have any formal mechanism to promote and nurture leaders. Only legendary Biju Patnaik did dedicated move to bring students, activists, professionals and officials into mainstream politics. 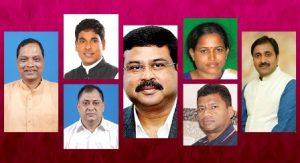 When he became the Chief Minister during 1990-95, he could successfully groom those youth into seasoned politicians. That trend got destroyed in last 20 years and there is no such concerted move.

The example of Habibullah Khan (1934–15) is an exception. He started his career from the Gram Panchayat as Sarpanch of his village to state assembly. In between, he was president of Zilla Parishad too before reaching the state assembly. Habibulla Khan never tasted defeat in his political career and he continues to won from Nabarangpur Assembly seat nine times starting from 1971. He stopped contesting only when the seat became reserved for STs in 2009.

The first two terms, he served as an Independent and Swatantra Party candidate, respectively, and rest seven terms he won with INC ticket.

Also Read : Odisha Fights Coronavirus and Set Example for Many Other States

Such type of grassroots leaders are almost absent in the state anymore.

Student bodies are kept outside party politics, but the student body elections are stalled by the government, citing different reasons. The Urban Local Bodies (ULBs) and Panchayat Raj Institutions (PRIs) have come to a grinding halt in Odisha as the election to ULBs are thwarted by the state government, either by delaying the process or weakening the epoch making 73rd and 74th constitutional amendments on the decentralisation of powers to local bodies. The continuum of leadership from grassroots to legislature are almost disconnected. Party cadres, even after working for decades, do not rise/find a space in electoral politics. Out of 147 assembly segments, more than 40 per cent seats are either retained by the influential political families or their relatives.

Since there is no ecosystem to promote leaders in Odisha, the Odias never find leadership positions in Delhi, Mumbai, Kolkata or Chennai where they have settled elsewhere. Dr. Swaroop Ranjan Mishra, a medico by profession is one such exception. Dr.Mishra went to eastern Africa (Kenya) in search of job and is now an elected MP from the Kesses Constituency and has become the first Odia to win a general election in the African country.While the education, experience and exposure determine good leadership that do not essentially bring in good leaders to the state in last two decades. In his book, the founder and president of modern Singapore wrote, “I do not yet know of a man who became a leader as a result of having undergone a leadership course”, The Wit and Wisdom of Lee Kuan Yew, 2013.