While the judgement was initially seen to be an end to the power tussle between the Lt. Governor and the state government, it now seems that that the struggle for power may be far from over.

five judge Constitutional bench of the Supreme Court headed by Chief Justice of India Dipak Misra, pronounced its unanimous verdict in the power tussle between the Aam Aadmi Party ruled Delhi government and the Lieutenant Governor. The Court ruled that the Lieutenant Governor is bound by the aid and advice of the Council of Ministers, except in matters of land, police and public order, thus limiting the powers of the Lt. Governor. The Court has hence, overruled the 2016 Delhi High Court verdict which had ruled that the Lt. Governor is the administrative head of Delhi.

This ruling seems to be a huge legal victory for the AAP led Delhi government, and has been welcomed by the party, with Chief Minister Arvind Kejriwal hailing it as a “Big victory for the people of Delhi” as well as for democracy. The Bharatiya Janata Party is also celebrating its victory with this judgement, as it denies statehood to Delhi, which is a strong demand of the Aam Aadmi Party. While the judgement was initially seen to be an end to the power tussle between the Lt. Governor and the state government, it now seems that that the struggle for power may be far from over.

While the Aam Aadmi Party was celebrating the verdict yesterday, its very first order has been termed “legally incorrect”. An order from the office of Deputy CM, Manish Sisodia withdrawing all powers of transfer has been termed “legally incorrect”, in view of a 2015 notification of the Ministry of Home Affairs, which apparently has not been revoked by the Supreme Court. This has led to the AAP alleging contempt of court. This hints that political tensions are rife in the capital once again, and that the judgement only offered a short term respite as the AAP celebrated a little too soon. It now remains to be seen whether or not this judgement will resolve the issues or whether it will lead to a new series of legal and political battles between the parties.

The majority opinion of the Court, written by CJI Dipak Misra, Justice AK Sikri and Justice AM Khanwilkar states that “LG is an administrative head in the limited sense, and is not a Governor. He is bound by the aid and advise of NCT Government in areas other than those exempted.” 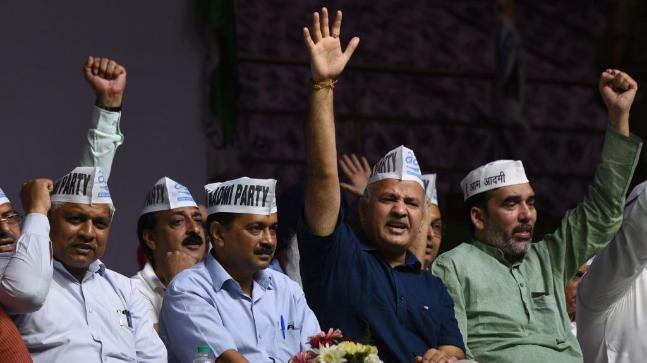 This opinion states that the elected representatives represent the will of the collective, which is supreme, in a democracy. A similar opinion has been reiterated by Justice DY Chandrachud in his separate, but concurring opinion. He states that an elected government represents the aspirations and political will of the people, and that in a democracy, this will should prevail.

This ruling holds that the Lt. Governor does not have any independent decision making powers, but must be informed of all the decisions. This ensures that the state government does not require the concurrence of the Lt. Governor on every issue of daily governance, and hence, removes the blockade that the Delhi government was alleging.

The judgement also criticises the constant difference of opinion between the parties, and states that such difference must have sound rationale and that the Lt. Governor should not refer every decision of the Council of Ministers to the President, under Article 239AA, in a mechanical manner. Justice Ashok Bhushan has in his concurring opinion clarified that this power of the Lt. Governor to refer issues to the President must be used sparingly.

However, this proviso despite the Supreme Court verdict may be misused, since the judgement does not delineate the situations under which this power can be exercised, and only states that the phrase “any matter” should not be read as “every matter”. The majority opinion states that this power may be exercised in “exceptional circumstances”. Justice Chandrachud clarifies these circumstances as those impacting the national capital or affecting the interests of the Union. He goes on to state that it is not feasible to delineate such circumstances entirely due to the complexities of administration, and thus, the exercise of such power is left to the wisdom of the Lt. Governor. This grants subjectivity to the office, which has the capacity to generate political tensions in the capital again.

“The judges said that Delhi cannot be given the status of a state under the present constitutional scheme, and referred to the special status of Delhi as the national capital. This serves as a setback to the recent initiative of the government to call for full statehood, which included a signature campaign.”

While one part of the judgement goes in favour of the Delhi government, the judgement also rules out full statehood for Delhi, in accordance with the ruling of a nine judge SC bench in the case of NDMC v. State of Punjab.

Nevertheless, the judgement of the Supreme Court should be hailed for the jurisprudence it has created, with the use of concepts like collaborative federalism and constitutional morality. This along with the ruling that the will of the people prevails, the Supreme Court has restored the faith of the people in the judiciary as well as the Constitution. The judgement should therefore be hailed not just by political parties, but the people as well.

The writer, a legal researcher, is currently pursuing law from Rajiv Gandhi National University of Law, Punjab. She can be reached on twitter @Stuti1807