Low magnitude earthquakes in Palghar area has produced more than 16,000 earthquakes and caused panic among people.

The low magnitude and long duration earthquakes in the western coastal region (Dhundhalwadi, 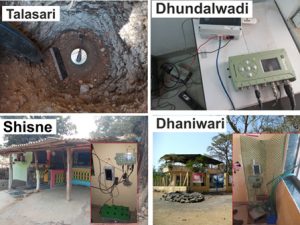 Palghar, Maharashtra) started in November 2018 and has produced more than 16,000 earthquakes of magnitude −0.5 to 3.8 which continue to occur even now. This unusual phenomenon caused panic among the people living there but curiosity among the geophysicists.  The researchers installed a seismograph in the region and later they added more seismographs surrounding the reported region of earthquakes.

In the study they find that apart from tectonic shifts earthquake could be occurring due to some shallow subsurface processes probably caused by monsoon rains. “We propose that a seismic slip driven by the fluid migration at shallow depth is responsible for the swarm” said Dr. Vineet K. Gahalaut, Senior Principal Scientist, Council of Scientific and Industrial Research-National Geophysical Research Institute (CSIR-NGRI), Hyderabad while speaking with India Science Wire. Swarm is a sequence of generally small earthquakes with no identifiable mainshock and they often happen at the same location. They are usually short-lived but they can last for days, weeks or sometimes even months.

“We started monitoring the earthquake occurrence. We located them very precisely and found that these earthquakes are occurring in a small region of 30 kilometers surrounding the Dhundhalwadi village. They occur at shallow depth of up to 6 km with much clustered epicenters” said Dr Gahalaut. 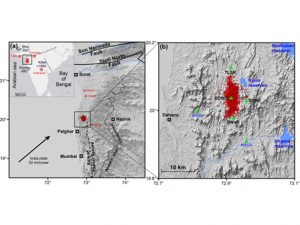 However, it is important that people take precautions and follow some basic rules of earthquake safety. Dr Gahalaut said that in the region people should avoid buildings which are weakened and not safe for occupying. He advised that the people should make sure that places of large congregation (school, hospitals, and community halls) are safe and on long term, the buildings should follow the building code of India. “Ultimately, it is poorly constructed buildings which kill people and not the earthquakes” he said.