It is the impingement of the fundamental right of freedom of speech and expression that the courts need to address at the earliest.

P andit Jawaharlal Nehru, while introducing the first Constitution of India (Amendment) Bill 1951, expressed his opinion about the sedition law and stated, ‘Now so far as I am concerned that particular section is highly objectionable and obnoxious and it should have no place both for practical and historical reasons, if you like, in any body of laws that we might pass. The sooner we get rid of it, the better.’ The same was brought to the fore by a recent consultation paper by the Law Commission headed by former Supreme Court Justice B.S. Chauhan on August 30, 2018.

“This consultation paperanalysesthe history and current position of the law of sedition in India and also touches upon its changing scope in international jurisdictions.”

It is through this evaluation that the paper brings to light three different approaches adopted in the current international regime with regard to this provision and prompts a close perusal of the same by Indian lawmakers and jurists.

These being:a) scrapping the law in its entirety (UK), b) curtailing it to instances of incitement of immediate lawlessness (USA), and, c) replacing the term sedition itself for ‘treason and urging political or inter-group force or violence’(Australia). Further, the paper also stresses on a pressing need to re-think the definition of this section vis-à-vis one’s right to offend, to deliberate upon the validity of this law in terms of it being counter-productive to the freedom of speech and expression and to chalk out the possible safeguards to prevent its misuse.

“What does the law of sedition state? This section, 124A of the IPC, brings into its purview any such person who brings or attempts to bring into hatred or contempt, or excites or attempts to excite disaffection towards the Government estab­lished by law inIndia through words, signs, visible representations, or otherwise and prescribes a punishment which may extend to life imprisonment.” 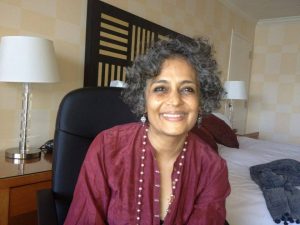 This section also clearly mentions that disapprobation i.e. a strong disapproval of government or administrative measures not giving rise to any of the consequences herein before mentioned shall not fall within its ambit. Further, as per Section 196(3) CrPC, it requires a prior sanction of the Central or State Government before the court can take any matter into its cognisance.

At the very outset, as has been reiterated by several critiques of this law, the disagreement arises over the very source/rationale behind this provision. The British Parliament in 2009, by the Coroners and Justice Act, scrapped seditious libel and proscribed it as an outdated and arcane law drafted to protect the crown. On the contrary, its Indian counterpart, which also owes its existence to the common law, hasn’t been even modified to comply with the post-independence scenario let alone be questioned on its original purpose of ‘curbing dissent’. Rather, what has been seen is a blatant misuse of the section during several instances in the past despite the courts time and again reiterating that ‘a citizen has a right to say or write whatever he likes about the Government by way of criticism or comment, so long as he does not incite people to violence or have an intention of creating public disorder’ (KedarNath Singh v. State of Bihar(1962)).

However, the fact that the section still has no mention of this essential element of ‘disorder/violence’ leaves the law exposed to further abuse by authorities. Notably, terms like ‘hatred’ and ‘exciting disaffection’ have been given no definite meaning or even broad demarcations thereby leaving their interpretation completely to the discretion of the authorities. The fact that from the year 2014 to 2016, 165 people were arrested under this provision (as per the National Crime Records Bureau report) while only a miniscule indicted, brings out the inherent vagueness and lack of guidance in correct application of this provision.

Next, what ails this law is the blatant misuse of the procedural requirement of ‘prior sanction of central or state government’. The Supreme Court in its decision in State of Bihar Etc. Etc Versus PP. Sharma, IAS AndAnr (1991), while interpreting this phrase (referred to in section 197 CrPC) has clearly stated, ‘The sanction is not an empty formality. It is essential that the provisions therein are observed with complete strictness. The object of obtaining sanction is that the authority concerned should be able to consider for itself the material before the Investigation Officer, before it comes to the conclusion that prosecution in the circumstances be sanctioned or forbidden.’

“The court further stated that application of mind is imperative and the bar is only pertaining to taking a matter into cognisance and not investigation itself. Still, cases like that of cartoonist Aseem Trivedi and Arundhati Roy, which prima facie lack the very essential elements, obtain the requisite sanction.”

In the light of these facts, what can be the possible remedies? One way to deal with it is for courts to lay down stricter explicit procedural guidelines for the authorities and to initiate contempt proceedings and penalties/disciplinary action in cases of non-compliance. A more effective approach could be to bring the law totally within the watch of the jury, as existed under the law of sedition in UK. Bringing the procedure of sanction under the authority of courts, as under Section 190 CrPC, could indeed allay the conflict of interests which have been preventing this law from achieving its requisite purpose of maintaining public order and national security.

Further, measures like reducing the quantum of punishment, incorporation of the element of mensrea and clear tests, definitions to differentiate a hate speech from mere criticism, as have been urged by the Law Commission are other areas that need to be re-visited.

George Orwell aptly explained liberty as “If liberty means anything at all, it means the right to tell people what they do not want to hear”. While these modifications suggested may help checking the recurrent misuse, it is the impingement of the fundamental right of freedom of speech that the courts need to address at the earliest. Most importantly, what needs to be ensured is that the rule of law is at no point subverted.

Aung San Sui Kyi’s reputation in perils or is the fate of the Rohingya?

NCERT Foundation Day: Showcasing the past, present and future