Sri Aurobindo: Future Revealed in the Past

India of the ages is not dead, nor has she spoken her last creative word; she lives and has still something to do for herself and the human people – Sri Aurobindo

Sri Aurobindo is considered the modern-day monk, and this year, the world is celebrating his 150th 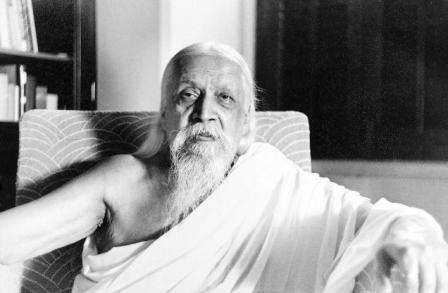 birth anniversary. Prime Minister Narendra Modi is heading an extensive 53-member committee that has been set up to mark the 150th birth anniversary of spiritual teacher Sri Aurobindo. The committee which includes the Lok Sabha speaker Om Birla and two ex-Prime Ministers is mandated to commemorate the occasion “in a befitting manner” and to provide “policy direction and guidelines for the formulation of programmes… at the national and international levels.” The Gazette is released by the Ministry of Cultural Affairs. The article is in line with the vision of the Prime Minister and the committee formed in this respect.

Born and brought up in the British culture, nobody would have imagined the transformation of a hardcore nationalist to the greatest spiritualist of modern times. When Sri Aurobindo declared that his whole life is yoga, it was what he believed in and that is what he practiced his whole life. Chita Ranjan Das during his argument in favor of Sri Aurobindo in the Alipore bomb blast case declared that it will only be after 100 years that the world will realize the worth of Sri Aurobindo. His work was primarily focused on human progress by means of spiritual growth, which was influenced by ancient Hindu scriptures. This consisted of Vedas, Upanishads, Puranas, Bhagwat Gita, and his magnum opus, Savitri. It was through his work that he made the world will realize that the real growth lies in the development of the soul and not the body. Sri Aurobindo, a Vitruvian man symbolizes multiple dimensions of human existence. He has been an inspiration, a guide, a mentor, and a guru for people belonging to all walks of life.

Sri Aurobindo’s writings are primarily based on the integration of yoga and amalgamation of the ancient Vedic knowledge to the present-day advent of human mankind. He believed that it is not only you, but he too is in constant search for the soul. From Synthesis of the Yoga to Essays on Gita, Kena and other Upanishads, Life Divine, and finally Savitri, he interpreted the spiritual meaning, which the ancient Hindu scriptures hid in them. He believed that Darwin has only described the material evolution of humans. For the conscious evolution of the soul, we need to explore the soul that is in slumber.

Sri Aurobindo wrote in length on all the present-day issues including women empowerment. Even though Sri Aurobindo was one of the most radical feminists of the last century, He is still to be discovered as a feminist. When the contemporaries of Sri Aurobindo were only beginning to value the woman, Sri Aurobindo put the Woman at the forefront in his work.

Sri Aurobindo’s feminism is deep and profound, thus difficult to understand as well.

Let us begin by looking at his philosophical view. Across many spiritual traditions, the essence of creation (Pure Consciousness) is referred to as He or Purusha and the creation itself is referred as She or Prakriti. In Sri Aurobindo’s view, she is not just the creation itself, but also the power that creates. In other words, The Woman is not just Prakriti, refining whose movements is a way of reaching the pure consciousness or Purusha, as it is in Tantra, but also the very power that creates the link between the essence and the creation.

With reference to the environment, Sri Aurobindo writes: “By environmental consciousness, I mean something that each man carries around him, outside his body, even when he is not aware of it, — by which he is in touch with others and with the universal forces. It is through this that the thoughts, feelings[,] etc. of others pass to enter into one — it is through this also that waves of the universal force — desire, sex, etc. come in and take possession of the mind, vital or body.”

August 15th is the birthday of free India; it is also Sri Aurobindo’s birthday. On this day, in 1947, Sri Aurobindo gave a message to the nation on the All-India Radio. He outlined his prophetic vision for India, for the globe, and for the human race. He wrote,

“August 15th is the birthday of free India. It marks for her the end of an old era, the beginning of a new age. But it has significance not only for us, but for Asia and the whole world, for it signifies the entry into the comity of nations of a new power with untold potentialities which has a great part to play in determining the political, social, cultural, and spiritual future of humanity…”

“I have always held and said that India was rising, not to serve her own material interest only, to achieve expansion, greatness, power and prosperity, — though these too she must not neglect —, and certainly not like others to acquire domination of other peoples, but to live also for God and the world as a helper and a leader of the whole human race.”

Sri Aurobindo foresaw that India will play a great role in waking humanity to a New Spirituality.

Indian Innovator Is a Baton Bearer for Queen’s Baton Relay