Sridevi’s death and the arrival of bathtub journalism

The news coverage on the death of Bollywood actress Sridevi by the Indian media, especially the television variety, has spawned a new genre in journalism: bathtub journalism. What a bunch of gifted journalists we are blessed with! 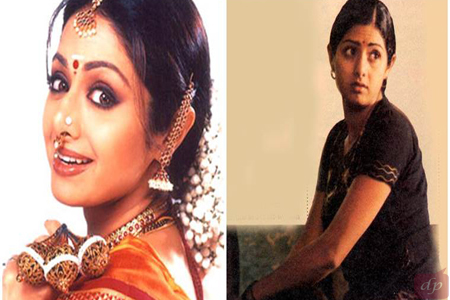 Television prime-time news warriors were particular that the apparent death scene should be the constant leitmotif. So we had TV news anchors standing next to the visual of a bathtub with Sridevi’s portrait above it; morphed visual of Sridevi lying dead in a bathtub with her husband looking on; one with booze bottles above the bathtub; the actress lying dead in a bathtub; a display with Sridevi standing near the bathtub, with all measurements – her height and the tub’s dimensions –clearly demarcated. Not to be left behind, the journalist of a Telugu channel conducted a bathtub investigation on air. None other than the editor of another leading national TV was seen shooting with his mobile phone the interiors (with particular focus on the bathtub) of the Dubai hotel room, where she died.

The sudden death of the actress, known for her enigmatic acting prowess and age-defying looks, sent the television channels, both national and the regional, into predictable tizzy. And the insane coverage has come under acerbic condemnation from indignant media critics. What was missing was level-headed journalism rooted in factual reporting and journalistic circumspection. TV news were teetering on the brink of kitsch and manufactured enigma, with television ‘journalists’ jumping into bathtubs and the bottomless pit of buffoonery by donning the garb of jokers in search of sensationalism and TRP.

“So did anyone MAKE Sridevi drown in the bathtub?” One prominent news channel couldn’t resist the temptation and asked this question upfront

The alacrity to find loopholes is highly appreciated. One could only wish if our journalists showed the same verve in other similar cases, too, especially those which are shrouded in mystery. May be, in the mysterious death of Justice BH Loya, who was presiding over the CBI court in the Sohrabuddin Sheikh fake encounter case, which put BJP supremo Amit Shah in the dock? Loya also died under mysterious circumstances. Yes, in a hotel room. Alas, no TV crew measured the length and breadth of the room where he breathed his last. No camera panned to capture the bathtub in intimate details. Asking for the moon, auh?

Because, our TV news rooms, with their bunch of razzle-dazzle journalists, are dishing out, day and night, what we are dying to watch. We as a people prefer sensationalism to factual and level-headed reporting; noisy news shows filled with ad hominem attacks to dignified debates. We are used to (are do we prefer) TRP-worthy boisterous anchors. Soft-spoken news anchors (does such a breed exist in this part of the world?) with a modicum of equanimity are alien to us. And in the reporting of a celebrity’s death, how can we be denied all the concomitant paraphernalia – the pomposity, the drama, the enigma, and the suspense – which are indispensable filmy ingredients?

Meanwhile, as we mourn the death of the superstar, let’s rejoice the birth of a new genre in journalism. Let’s savour that!

The writer is an Associate Editor with the Delhi Post. He can be reached on twitter @BF_FIROS

A peak view of Nagaland polls