Harassment or ill treatment based on their occupation and caste identity have meant that many of the workers have not been able to access government entitlements such as ration cards, free LPG or any of the pension schemes. 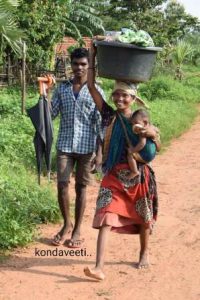 Denotified and Nomadic Tribes (DNT) of India. The DNT communities have led a marginalised existence for decades. The Nat, Bediya, Kanjar and the Bachhra communities among the DNT were historically performers engaged in singing and dancing as folk artists during the rule of monarchy in India. After the end of monarchy and change in the laws of the state, these communities had nothing left for their survival and they engaged in sex work to make their both ends meet. Hence, with no other source for income, sex work, a ‘traditional’ occupation, gradually became their primary source of livelihood.

Most of the DNT communities continue to face social stigma. However, they consider sex work as a culturally and socially accepted form of earning or livelihood, but the stigma attached to the profession has stigmatised the entire community. At present the DNT communities are not only fighting patriarchy, legal criminalisation and the caste system, but also have become victims of a strong industry that traps them into bondage by reaping their socially excluded status.

“We have no work and no money; we are surviving on ration that we are provided by some support organisations or helpful individuals”, stated one of the respondents during a study conducted by Praxis. The DNT have been subjected to historical injustices both in colonial as well as Independent India. They were victims of the Criminal Tribes Act, 1871, wherein the entire community was notified as “criminal” by the state because the Act implied that these communities were criminal by birth and practiced crime as a profession. Once the DNT community were branded as hereditary criminals, they were alienated from their traditional sources of income, and made vulnerable to a range of abuses. The Criminal Tribes Act was repealed in 1952 by Independent India.However, the DNT community continued to face stigma and criminalisation. While some of the DNT communities have been accorded to the list of Scheduled Castes (SCs), Scheduled Tribes (STs) and Other Backward Classes (OBCs), there are still DNT communities that have not been included in any of the categories.

Even within these categories, it has been stated that the DNT communities are particularly vulnerable and have not been able to access most of the benefits under these categories.

As mentioned earlier, majority of the DNT communities were left landless and jobless after the decline of sovereignty. These communities have a diverse cultural, social lifestyle and tradition where most of their practices claim on ancient heritage. The social and cultural characteristics of the DNT communities are associated with their economic activities. The DNT communities have been excluded from the political agenda for a long time and have been unable to gain access to any welfare opportunities. Even getting a basic caste certificate, the necessary proof of eligibility for benefits, is difficult as many community members do not have government identification of any kind and are asked to produce documents from the 1950s to prove their identity.

The study carried out by members of the COVID Assessment and Response team (CART) of PRAXIS has brought valuable insights on the challenges being faced by the DNTs in the context of COVID-19. Data were collected from the states of Bihar, Madhya Pradesh and Rajasthan. As part of the study, the research team covered seven districts – Araria, Muzaffarpur, Purnia, (Bihar), Morena, Neemuch and Mandsaur (Madhya Pradesh) and Dholpur (Rajasthan). Data were collected from the Nat (60), Banchada (49) Kanjar (40) and Bedia (75) communities. It was found that performing at weddings and local festivals or different occasions is very common for members of these communities. Some of them perform in dance bars and sing in hotels as well. Many of them also work to entertain individual clients, including through sex work. 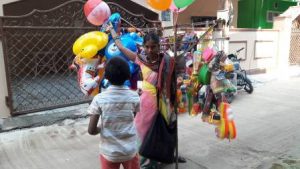 The lockdown and the subsequent need for social distancing during this COVID-19 pandemic has meant that the sex work and dance bar industry has been completely shut for months. Women from the DNT, a large number of whom form part of the workers in the entertainment industry, face an exacerbated situation, much worse than some others given that many of them were already struggling with seeking livelihood, being away from their traditional support system and limited or almost no access to relief from the administration which they have always been at loggerheads with. Further, given the nature of their jobs – being either crowd-based or touch-based has meant that the future for these women and their work is very uncertain at the moment. While some are determined to wait it out and are optimistic about re-starting their work, some of the respondents were eagerly seeking out new avenues and other means to support their families.

Most workers in the entertainment industry have not been able to access government schemes or ration, as many of them have been without any kind of documentation like ration cards or LPG schemes. Harassment or ill treatment based on their occupation and caste identity have meant that many of the workers have not been able to access government entitlements such as ration cards, free LPG or any of the pension schemes. The fear of the police has also an added reason for them to choose to stay away from relief measures that are being provided via the police during the COVID-19 pandemic. For those that remain at the destination, the situation is grim.

“We have families that rely on us for money, since we have not been able to earn, we have had to take loans from others to send some money back home. What can we do? We have no other option,” said one of the respondents.

Restrictions and the continued need for social distancing have meant that most workers have been unable to begin their work. News reports reveal that close to 60 per cent of sex workers have gone back to their villages, as work has completely stopped. During the research by the team, a resident of a red-light district in Delhi stated: “Most of the girls have gone back home, some are locked up in their rooms, waiting for things to get better. They all fear for their future, as of now they are completely dependent on others – landlords, relatives, or NGOs.”

The intersection of stigma, discrimination and criminalisation have all resulted in limited employment opportunities for women from these four DNT communities. Some respondents highlighted that even if they wanted to get into some other profession, it would be very difficult for them since the stigma of their caste identity as well sex work follows them. “No one will give us a job. For many of us, even if we possess the skills required for the job, based on our caste or our past work we are not given an opportunity” remarked one respondent.