A new study has found that the common syndromes of severe mental illness, such as schizophrenia, bipolar 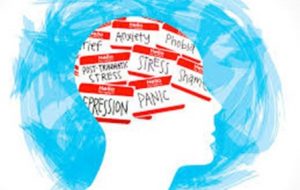 disorder, dementia, obsessive-compulsive disorder, and addiction, may have an unusual evolutionary basis.

The constant prevalence of mental illness across the history of the human species suggests a Darwinian paradox. Despite causing significant disease, there seems little impact on selection for fitness. Genetic variation that predisposes to psychiatric disease is seen across all populations and is quite common. Previous selection, over evolution, may produce a bias towards certain kinds of variation that may cause disease later in life. These mechanisms may protect against inflammation or infection when young, only to predispose towards disease when one is older.

In the new study, researchers at the National Institute of Mental Health and Neurological Sciences (NIMHANS), Bengaluru, and Institute of Genomics at the University of Tartu, Estonia, explored these aspects through the genetic analysis of individuals from families who have multiple affected members, considering that the increased prevalence of illness in a particular family should point to even more extreme evidence of the risky alleles.

The study compared the genetic sequences of exomes (the regions that are translated into proteins) from individuals in 80 such families and compared them against African and South Asian populations. They also looked for evidence of Neanderthal genes in the sample, as the persistence of these ancient genomes in modern humans seems to correspond to some traits as well as the risk of disease.

“We observed evidence of selection in 74 genes, which were mainly involved in immunological and defense responses, including activation and regulation of interferon-gamma, cytokine and immune system, and different signaling pathways”, said Dr. Ajai K. Pathak, one of the lead authors of the study.

The study inferred that almost one-fourth, 20 out of the 74 putatively selected genes were implicated in the risks of illnesses such as schizophrenia, dementia, and Parkinson’s disease and general attributes such as intelligence and cognitive abilities.

“There was also evidence of Neanderthal genes, but their variation and distribution were much the same in the south Indian population and did not correlate with the risk of disease or demonstrated signs of adaptive selection” stated one of the senior authors of the paper, Dr. Mayukh Mondal.

Noting that the human population has expanded from 1 billion 200 years ago, to more than 6 billion now, and that over the same period human longevity has also increased three-fold, the scientists said that perhaps, in common with many other diseases like diabetes and hypertension that begin later in life, the risk of psychiatric disease was embedded in the biology and the nature and extent of genetic variation of our species.

Another lead author, Dr. Jayant Mahadevan, said that the study adds to the growing evidence that the risk of psychiatric disease may be linked to variations in the shared gene pool, which in turn depends on the evolutionary history of the species. (India Science Wire)