Surrogacy Bill exploits the people it seeks to protect

The Bill in its current form gives way to a vacuum, which will either be filled by underground surrogacy industry or exploitative family structure, which will leave women without any rights. 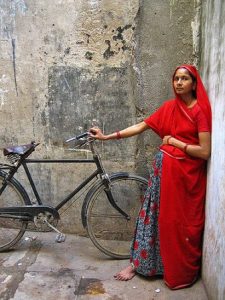 The Surrogacy (Regulation) Bill, 2016 which was passed last Wednesday in the Lok Sabha, in this winter session, aims to prohibit and control potential exploitation of surrogate mothers and children born through surrogacy. The Bill advocates for altruistic surrogacy and for the ban on commercial surrogacy.

The logic behind it is that as surrogacy-for-money booms so does the exploitation of surrogate mothers, and hence a curb on it will prevent the exploitation of women. It has been argued that surrogate mothers mostly come from the lowest socio-economic strata and the social and economic circumstances in which a woman sees surrogacy as the best available option represents, in itself, an environment of coercion.

As true as it is, the Bill still doesn’t solve the problem of exploitation of a surrogate mother. It, in fact, has the potential to exploit the very people it seeks to protect. It fails to take into cognisance the very reasons because of which surrogate mothers get exploited, which are the regulatory gaps and no legal protection.

The Standing Committee on health and family welfare observed that the surrogacy industry in India is governed by the private contract model and it relies on the bargaining power of the parties. Since there are enormous inequalities in the bargaining power of surrogates vis-à-vis medical clinics and commissioning parents due to surrogate’s illiteracy, socio-economic marginalisation and lack of access to legal representation, the chances of exploitation of surrogate mothers increases exponentially. The idea is simple, when an industry doesn’t have any rules or referees, the bullies always win.

Altruistic surrogacy, which the bill proposes, is not free of problems either. Opponents argue that it fails to take the nature of families and the patriarchal structure into consideration. In a patriarchal society like ours, it is unwise to think that that the ‘close relative’ would have any real autonomy in the decision to be a surrogate mother or not. A woman relative can easily be coerced due to the power structure in the society and family.

“They are also expected to practice altruism without getting anything in return. Expecting a woman to endure the 9 months of pregnancy and post-partum with altruism and no compensation is also exploitation and is even more exploitative than regulated commercial surrogacy wherein the woman could at least use the remuneration to economically uplift her family.”

It is also unreasonable to make women provide reproductive labour in lieu of no compensation. This paternalistic approach, also of course, strips women of their agency. As the Standing Committee puts it, “In the altruistic arrangement, the commissioning couple gets a child; and doctors, lawyers and hospitals get paid. However, the surrogate mothers are expected to practice altruism without a single penny”.

Yet, another issue that the opponents of the Bill raise is that in a country like India, blanket ban on commercial surrogacy can push the business of surrogacy underground, into the black market. And without regulation, this will prove to be more exploitative for the women than it will be in a regulated environment.

Ankita Rawat, co-founder of Beyond Eye, an organisation which works extensively on Sexual and Reproductive Health and Rights, says “she understands the potential of commercial surrogacy to exploit women”. “However this new Bill does nothing but to further the exploitation. A blanket ban on surrogacy would only push this industry underground which will absolve surrogate mother of any right which she may have in a regulated environment.”

As for the clause of a ‘close relative’, she says that it might get difficult for a woman to say no to a close relative out of mere sentiment or maybe due to the patriarchal nature of families.

The Bill has a provision related to insurance as well. As per the Bill, “insurance” means an arrangement by which a company, individual or intending couple undertake to provide a guarantee of compensation for specified loss, damage, illness or death of surrogate mother during the process of surrogacy”.

On the issue of insurance, Rawat echoed the sentiment of the committee report that how the ‘Bill fails to cover the post natal insurance as a mother may be prone to mental health issues and trauma after the pregnancy’.

Experts also argue that in the case of death during pregnancy or during the time of childbirth, the family should be paid separate compensation.

The Bill also seeks to promote adoption and in turn curtails people’s reproductive rights by curtailing surrogacy as an option. Restricting people’s choice to have a biological child through surrogacy is a violation of reproduction right of the individual or the couple. Also, limiting surrogacy to a close relative of 25 to 35 years, who herself will be willing to go through this in today’s socio economic environment, limits the potential surrogate mothers and makes the model unworkable and will shut their only avenue of having a biological child, and hence impinges on their reproductive rights, the Committee report notes.

“Experts on the issue argue that the focus needs to be on advancing the rights of the surrogate mother who provide their reproductive labour. The prevention of exploitation can be achieved by empowering them with relevant regulation of the industry and providing legislative framework which bestows them well deserved rights.”

The best way to prevent exploitation would of course be to economically emancipate them, so that they don’t have to resort to surrogacy in the very first place. It also needs to focus on women’s ability to make informed decisions, their right to health and control over their reproduction.

Also read: Struggling for a Surrogate: Commercial Surrogacy in India

Since these procedures are performed in assisted reproductive technology (ART) clinics, leaving this arena unregulated will have ramifications since they can easily exploit the surrogate mother as they act as a middle man in the process of surrogacy. Therefore, there is a need to regulate the surrogacy industry as well.

One needs to note that the critics of commercial surrogacy have valid concerns about surrogacy and its implications. However, a carefully drafted legislation can minimise the potential exploitative aspects of surrogacy and can protect the individuals who choose it as a reproductive option and those who perform it. However, the Bill in its current form gives way to a vacuum, which will either be filled by underground surrogacy industry or exploitative family structure, which will leave women without any rights and hence more susceptible to exploitation in the hands of the clinics and other exploitative forces. This Bill needs to be reconsidered by the Rajya Sabha, where it will be tabled next.