NCCR has initiated steps to monitor the temporal and spatial distribution of marine litter along the Indian coasts. 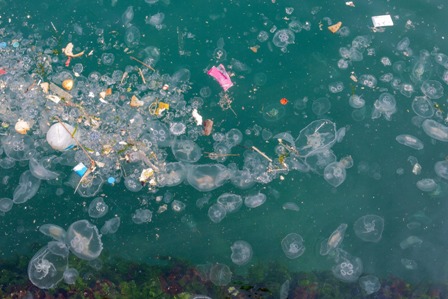 has initiated steps to monitor the temporal and spatial distribution of marine litter along the Indian coasts and adjacent seas as part of an exercise towards the formulation of a national policy on marine debris.

Currently, there is a shortage of data on marine litter sources, pathways, transport processes, and quantification of the amount of litter entering the marine environment. The new studies are expected to fill the gap.  The research conducted so far indicates that marine litter is spread along the entire water column and sediment, and high quantities are noticed during monsoon due to its spread into coastal water through creeks/rivers/estuaries by rainwater.

In addition to monitoring, several National level workshops have been conducted involving scientists from different research institutes, stakeholders, policymakers, industry, and academic experts to prepare a roadmap for the upcoming Policy.

In a written reply in Lok Sabha, Union Minister of State (Independent Charge) Science & Technology; Minister of State (Independent Charge) Earth Sciences; MoS PMO, Personnel, Public Grievances, Pensions, Atomic Energy and Space, Dr Jitendra Singh, noted that at regular intervals, beach clean-up and awareness programs and webinars are being conducted at the national level, involving school, college, and University students, research institutes, and NGOs. Information on the level of marine pollution is disseminated through print media to sensitize people about the ill effects of plastic/marine litter on the marine environment.

In addition, a framework for a clean ocean mission (Swachha Sagar Abhiyan), as a component of the “Swachhata Action Plan”, has been prepared through the Ministry of Earth Sciences’ research institutions, and studies are being undertaken to estimate the level of contamination to understand the effect of different types of polymers (microplastics) on fisheries, and biota.

Further, he recalled that the Ministry of Environment, Forest & Climate Change (MoEF&CC) has notified Plastic Waste Management Rules, 2016, and its amendments, which provide the country’s statutory framework for plastic waste management. The rules prohibit the manufacture, import, stocking, distribution, sale, and use of carry bags and plastic sheets less than fifty microns in thickness in the country.

How to get Asian Women Looking For a Guy