The History of Israel and Palestine

Both Jews and Muslims have strong religious and cultural ties to the region, dating back about 4000 years.

Israel is the only Jewish nation in the world and it didn’t officially exist until 1948. Today, Israel, with its 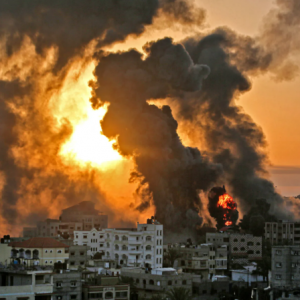 ongoing conflict with Palestine, is a violent dispute of land, resources, and political control. To understand why, we have to look back a few thousand years.

Both Jews and Muslims have strong religious and cultural ties to the region, dating back about 4000 years to Abraham, considered the father of both Judaism (through his son Isaac) and Islam (through his son Ishmael). According to the old testament, God told Abraham and his people to settle in a land called Canaan, which is in the approximate region of modern-day Israel. The word Israel comes from Abraham’s grandson, Jacob, who was renamed “Israel” by the Hebrew God in the Bible.

In 1000 BCE, King Saul established an Israel-like monarchy, which continued under King David and his son King Solomon. King Solomon is credited for building the first Jewish temple in ancient Jerusalem. This historical legacy became part of the Jewish claim to the land of Israel. The land would be continued to be conquered and ruled by many groups, including Persians, Greeks, Romans, Arabs, Egyptians, Fatimeds, Seljuks, Crusaders, Mamluks, and the Ottomans, who called the region Palestine. It would become to many sites considered sacred by Jews, Muslims, and Christians alike.

During these transitions, Jews were to flee the area, creating a diaspora, a dispersion of people from their homeland. But in Europe, the Jewish diaspora also faced oppression and persecution. So, in the 1880s, many started migrating back to the promised land in Ottoman-controlled Palestine. By 1914, there were more than 75,000 Jews in the area. After World War 1, Great Britain took control of modern-day Israel, Palestine, and Jordan from the Ottomans.

In 1922, the League of Nations approved a British declaration that promised a national home to the Jewish people in Palestine. But it was only until two decades after that the promise was fulfilled.  In 1939, World War 2 broke out. More than 6 million Jews were murdered in the Holocaust, with millions more displaced. In 1947, after the world war was over, the United Nations decided to partition Palestine into two counties: the Jewish state of Israel and the Arab state of Palestine.

Israel agreed to the partition, and borders were drawn between the two states, but many Arabs thought the partition unfairly favoured the Jewish population. Violence soon broke out.

On May 14, 1948; the state of Israel was established, with David Ben-Gurion as its Prime Minister.  Almost immediately, the Arab League, a group of surrounding Arab countries rejected the partition and attacked. Israel fought back and after more than 9 months of conflict, its armed forces occupied much of the land designated to become the Arab state of Palestine. Egypt took control of the Gaza Strip and Jordan (then called Transjordan) took control of the West Bank. The original plan for a Palestinian state was wrecked.

This historic event was a victory for many Jewish people, but approximately 70,02,000Arabs fled or were expelled from their homes, many taking refuge in the Gaza Strip and the West Bank. This war would be remembered in Hebrew as the War of Independence, and in Arabic as The Catastrophe. Tensions between Jews and the Arab Muslims in the region continued for decades.

Fighting between Israel and its Arab neighbours continued on and off for the next 60 years. In 1964, the Palestine Liberation Organisation was formed to consolidate the power of many small Palestinian groups. In the 1967 six-day war, Israel defeated the armies of Egypt, Syria, and Jordan and gained control of significant territory. In 1987, following an incident of Israeli defence forces that left 4 Palestinian refugees dead, the Palestinian militia led a violent uprising known as the First Intifada, which resulted in hundreds of deaths. After the First Intifada, Israel and the PLO created a timetable for peace, the Oslo Accords (1993-95).

Further peace talks in 2000 proved unsuccessful when agreements could not be reached on issues like the status of Jerusalem, the rights of refugees, and the increased Jewish settlements on Palestinian lands. Later that year, Ariel Sharon, Israel Opposition leader (who would later become Israel’s Prime Minister) visited the temple mount, home to the Al-Aqua Mosque in Jerusalem, an act many Palestinians found offensive. Violent protests, riots, attacks, and suicide bombings broke out. This period of violence called the Second Intifada (2000-2005) lasted nearly five years and marked the end of any peace that had come from the Oslo Accords.

The violence ended in 2005 when Israel withdrew from Gaza. In 2006, a militant Sunni Islamic group, Hamas won the Palestinian Legislative elections. Many countries considered Hamas a terrorist group, because of their methods such as carrying out suicide bombings and calling for the destruction of Israel. Hamas and Israel continued to clash violently.

In 2017, Hamas called for the formation of a Palestinian state using the 1967 borders, but it did not formally recognize Israel as a state, so Israel did not accept it as well. Today, Palestine continues to fight for its statehood. The conflict is further complicated by Israelis who continue to settle in the West Bank.

Clashes between Israelis and Palestinians are still commonplace. Key territories of land are divided, but some are claimed by both groups. For instance, they both cite Jerusalem as their capital. Both groups blame each other for terror attacks that kill civilians. While Israel doesn’t officially recognize Palestine as a state, more than 135 UN member nations do.

The United States is one of Israel’s closest allies. In a visit to Israel in May 2017, U.S. President Donald Trump urged Netanyahu to embrace peace agreements with Palestinians. And in May 2018, the U.S. Embassy relocated from Tel Aviv to Jerusalem, which Palestinians perceived as a signal of American support for Jerusalem as Israel’s capital. Palestinians responded with protests at the Gaza-Israel border, which were met with Israeli force resulting in the deaths of dozens of protesters.

Several countries have pushed for peace agreements in recent years, and many suggest a two-state solution. But while a peaceful solution is yet to be received, the region remains a place of significance for people of many ethnic and religious backgrounds.

Understanding the Many Variants of Coronavirus