The US–WHO Fallout: Contrasting Renditions of the Same Story

What WHO needs in these testing times is not abandonment, but reform, which can be achieved through international cooperation.

Marking a monumental moment in the history of the US relations with international organisations, President Donald Trump announced the termination of relations with World Health Organization (WHO). Trump’s announcement on May 29 2020 came at a time when WHO has been leading the battle against COVID-19 at an international level. While the spat between the US and WHO has been brewing for a while, the loss of a prominent global power shall severely hamper the efforts of the later in achieving its stated goal of “attainment by all peoples of the highest possible level of health.”

The chronology of the US–WHO fallout can be traced to the US President’s insistence on referring to the virus as ‘Chinese virus‘ or ‘Wuhan virus’. This happened despite the instructions from WHO that mandated the experts, officials and journalists to avoid names that involve geographical locations or ethnic communities due to its tendency of provoking a backlash against those communities or creating unjustified barriers to trade and commerce.This eventually led to the collapse of G-7 joint statement about the virus, impeding the direly needed multilateral response to health and economic crisis—perhaps a first sign of the damage that can be inflicted by finger pointing and scapegoating when the trial demands solidarity and cooperation.

As the US got pulled into the vortex of the carnage unleashed by the pandemic, Trump grew progressively critical of WHO, accusing the organisation of its delay in recognising the gravity of the crisis and giving a long pass to China. On 14 April, Trump froze US funds to the organisation blaming it for “severely mismanaging and covering up the spread of the coronavirus,” by being overly relied on unverified data from China and remarked that formal investigation shall be conducted. Before making the big announcement on 29 May, Trump had also put before the public the official letter addressed to the Head of WHO, which precisely articulated his grievances with the organisation.

Trump has accused WHO of putting “political correctness above life saving measures” and failing in the “basic duty” of adequately obtaining and sharing critical information “in a timely and transparent fashion”, thus deliberately misleading the world, in an effort to provide cover for China. Is there a grain of truth in his arguments? At this juncture, it must be admitted that China has not been the most transparent government during the course of the pandemic. From silencing the doctor who tried to warn of COVID-19 transmission possibilities, to shutting down of Shanghai Lab that was the first to sequence corona virus genome and being reluctant towards sharing of data, especially regarding the origin of virus, China or rather the Chinese Communist Party is culpable of the criticisms it is being targeted with by the international community. But is WHO to share the blame?

WHO is criticised for buying into the Chinese game, downplaying the crisis posed by COVID-19 and reporting the highly dubious data released by the Chinese government during the initial phase without any fact checks on its own, leading to misrepresentation of facts. 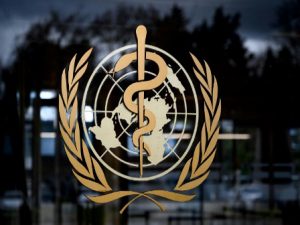 The most evident, and now the most cited, example of this is the WHO tweet on 14 January, which stated how preliminary investigations conducted by Chinese authorities found no clear evidence of human-to-human transmission of the novel corona virus. WHO is now accused of double deception: of ratifying the data given by Chinese agencies without verifying at its own capacity and also of providing the world a false security. While evidences point to Chinese knowledge of the possibility of human-to-human transmission, WHO is accused of either being gullible or on a much more serious note, colluding with the Chinese government in keeping it a secret. However, what is omitted here is how the message from WHO was evolving with time. On the same day, the head of WHO’s emerging diseases unit, Maria van Kerkhove, in an interview contradicts this, suggesting to journalists that “limited” human-to-human transmission had been observed in Wuhan. This was confirmed later, on 22 January, though WHO has denied delaying this on China’s request.

WHO is also criticised of flattering China’s achievements, especially for preliminary identification of a novel virus in a short period of time and for sequencing and making available the genetic material of the virus. However, it must also be stated that WHO was not alone in this. While the efforts of Chinese scientists have been appreciated across globe, Donald Trump himself had been praising China in his January and  early February tweets, with one tweet even thanking President Xi. Further, WHO has once pointed out that this is a part of its diplomatic efforts in keeping communication lines open with China.

Other criticisms levelled at WHO include its delay in declaring COVID-19 as PHEIC (Public Health Emergency of International Concern) and its recommendations against travel restrictions in early February, which is said to have caused speedier transmission of the disease. On 2 February, the US restricted travel from China and other countries and on the same day, the Director-General of WHO, Tedros Adhanom called on countries not to impose travel and trade restrictions over the coronavirus, warning that such measures could increase “fear and stigma” within the international community. However, on the other side of the story, we have WHO stating that the delay in declaration of PHEIC is due to the divided opinion of the members of WHO Emergency Committee, while WHO guidelines to be followed while international travel has been published as early as 10 January, and later updated to suit the needs of time by the end of February.

The organisation is also accused of being discriminatory to Taiwan, but this criticism acknowledges the inherent fault of all international organisations – they can never be independent of politics among countries.

International organisations have always bent before the might of countries because that is where they derive their power from. However, this does not mean they are futile. Currently, WHO leads the search for COVID-19 vaccine through Solidarity Trial, and is training, mobilising and providing supplies to frontline workers, providing information and is helping countries to prepare and respond to the pandemic. In working for global health, it also plays a major diplomatic role since it can’t exert force and needs countries to take action on its own accord. As Devi Sridhar, professor of Global Public Health at University of Edinburgh pointed out, the organisation could have got its “five minutes of fame” around the world if Dr Tedros had issued a strong condemnation of China, but that could have hampered the global response to COVID-19.” What would that have achieved? He still needs to go back a week later and ask China to share data”, she says. Anyway the loss of donations from its biggest donor, the US, can severely hamper the efforts of WHO not only in its battle against COVID-19, but also in various missions it has undertaken, like eradication of malaria, polio and TB. What WHO needs in these testing times is not abandonment, but reform, which can be achieved through international cooperation.