Treatment for Rabies Could Soon be Within Reach

The new study assumes importance as even though vaccines are available to prevent the disease, it is almost untreatable.

Transmitted from animals to human, Rabies kills an estimated 20,000 Indians annually. In a development that promises to help in better handling of the dreaded disease, 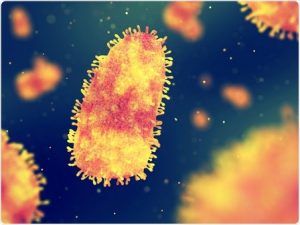 a team of scientists from three institutes – DBT-Institute of Life Sciences, Bhubaneswar, Mumbai Veterinary College, and Haffkine Institute, Mumbai, has found out how the disease-causing virus affects the brain of the host at the molecular level.

The new study assumes importance as even though vaccines are available to prevent the disease, it is almost untreatable. After entering into the body, the virus remains dormant for periods ranging from 20 days to even 90 days without showing any clinical symptom and when symptoms do emerge there is not much time available to offer any effective treatment. Death occurs within two to seven days. Fatality is thus almost 100 percent. The currently used diagnostic procedures are all based on invasive techniques and are not very sensitive. The new study promises to help address these problems.

The research team led by Dr. Amol Ratnakar Suryawanshi, head of the Clinical Proteomics and Proteoinformatics group at DBT-Institute of Life Sciences has used a recently developed advanced quantitative proteomics approach to identify proteins in the dog brain that may be involved in rabies infection.

They studied the dog brain since more than 99% of human rabies cases occur due to transmission through a dog bite.

They found 19 proteins that may have a role in the infection. Out of these, 9 showed lower expression and 10 higher expressions in the brain of dogs infected with Rabies compared to control samples.