Delhi and COVID-19: Political Will or Concerted Effort?

What merits attention is that while a strong political will can create precondition for the scope of improvement, it cannot alone deliver without a concerted effort in case of a health emergency of such an unprecedented nature.

Discussions around replication of the Delhi model in different states have been doing rounds after its notable performance at the COVID front. Apart from Maharashtra, Delhi and 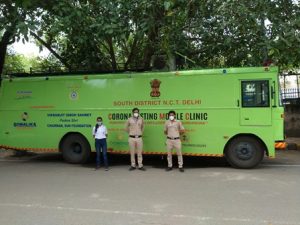 Tamil Nadu that saw a huge rise in the number of COVID-19 infected patients in June, several other states are seen to be treading similar paths in the last few weeks. Delhi had shown a huge steep in number of COVID-19 cases in the previous month, which was accompanied by numerous other problems faced by the infected lots.

However, Delhi seems to present a fairly better picturesince mid-July. June brought out the worst for the COVID-affected patients in Delhi, which has not been free of political challenges that the ruling party confronted. Two major reasons play out in case of Delhi leading to its change from the, then‘corona capital’ to the now ‘emulatable model’. First, it serves to be the capital city of the country. Its underperformance or lack of capacity to contain the SARS CoV-2 immediately following the unlocking phase was viewed with huge contempt and fear. It perhaps might have made the other states complacent, wherein they could opine, that if the capital of the nation is not competent enough to battle the virus, the rest could certainly move the same way due to lack of means and mechanism. The attitude of the states in this context could well be summarised as, ‘if Delhi, the capital of the nation can’t strategise to fight the virus how can we’ (Agar Delhi, deshkirajdhani hi nahiladh pa rahiiss virus se, to hum kaiseladenge). The second cause that played in for the turning of events in favour of Delhi can be largely identified as, majorly political in nature, to do with the present Government of Delhi.

The Aam Admi Party (AAP) after all was voted again to power on the basis of its performance that it had put in strengthening of the social security net for the residents of Delhi.

Healthcare services served to be one of the major components upon which AAP’s veracity and popularity has been established during its previous rule resulting in the formation of its government for the present tenure. Hence, it became necessary for Delhi and the government per se to chart out ways and measures to deal with the deteriorating corona crisis in the month of June.

It pushed the ruling AAP to re-conceptualise a comprehensive framework to control and arrest further outbreaks and spread of the virus. The present Delhi government needed to stick to its ideals of which healthcare constituted a major role. It would require rollingback to its political agenda and foundational principle of social security in order to have a congenial future ahead. Preparation for an approach to manage the COVID crisis began along the mid-June. The Centre too pitched in, and on June 14 it ordered the attachment of six IAS officers to the Delhi government for COVID management. Thereafter, it introduced series of measures to contain further spread, reduce mortality, increase hospital facilities, improvise infrastructure and speed up recovery. The COVID-infected patients with mild symptoms were called for home isolation and provisioning of pulse oximeterswere made mandatory for them to keep a track of their oxygen levels. These patients in home isolation have been assured medical consultation 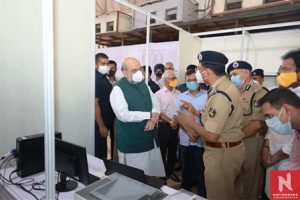 and facilities in case of deteriorating health conditions. Increasing the testing capacity has served as a primary tool in case of Delhi. It has also ramped up its ability of contact tracing. The capacity of beds for treating COVID patients have been increased by pooling in all private hospitals that have more than 50 beds to reserve 40 per cent of them for the virus-infected patients. The Delhi government consecutively attempted to provide real-time information through app-based service on the availability of beds to avoid commotion and fear for patients in already burdened facilities. Regular engagement with the people of Delhi by the Chief Minister has accounted for free flow of information and data by the government itself. Delhi also inaugurated its second plasma bank very recently. The present recovery rate of patients in Delhi has accounted to be nearly 90 per cent with fatalities reducing remarkably.

All these moves can be credited with the advancement of Delhi’s approach towards COVID management which is being hailed across the nation. It becomes imperative here to interrogate whether this can be lauded as an impact resulting out of ‘political will’ or ‘concerted effort’.

It can certainly be viewed that the management of the COVID infections in Delhi have been possible due to strong political will at the level of MPs, MLA and subsidiary bodies.

However, what merits attention in this regard is that while a strong political will can create preconditionfor the scope of improvement, it cannot alone deliver without a concerted effort in case of a health emergency of such an unprecedented nature. Beginning with a strong political will, there is need for an efficiently functioning bureaucracy, protection of healthcare workers, providing them supportive work culture and safety and trust building among the community. The Delhi model has somehow been able to collate series of measures involving the government, bureaucracy, healthcare workers and trust of the community. Although the government records have presented a picture, which clearly points out the positive sides of this concerted effort-based approach, it is imperative to take cognisance of the fact individuals need to avoid complacency and carry on contributing their bit by making good choices to foster this model of hope.