Two New Radars to Give Fillip to Weather Services in India 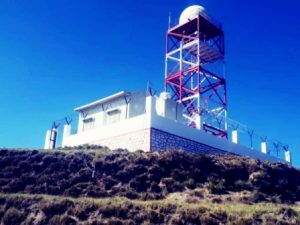 The two radars will be providing severe weather information to the weather forecasters thus improving the service being provided by IMD catering to the welfare and safety of the public in Uttarakhand and Himachal Pradesh. It will also provide valuable support to the disaster managers and pilgrims undertaking the pilgrimage to Kailash Mansarovar and Char Dhamyatra. The minister also launched theMulti-mission Meteorological Data Receiving and Processing System (MMDRPS) installed in collaboration with the Indian Space Research Organisation (ISRO). It has the latest tools and process to process INSAT (Indian National Satellite System) data in less than seven minutes. This will improve the monitoring and forecasts of severe weather events in the country and will benefit several stakeholders including industry, disaster management authorities, academia, public, etc.

The online version of journal Mausam, a report on cyclone disturbances during 2020 and the latest issue of Mausam Manjusha, were also released. Mausam, which is the quarterly research journal brought out by IMD since 1950 on topics related to meteorology, hydrology, and geophysics, is now made available online. As the country had five cyclones in 2020, including a super cyclone Amphan that hit parts of the east coast of India in May 2020; the Report on Cyclone Disturbances during 2020 released by IMD is timely and relevant. Mausam Manjusha, a quarterly newsletter of the IMD in Hindi, helps to disseminate interesting information to the masses for societal benefit.