WHO has enlisted Bedaquiline as an immediate treatment for DR-TB, in India, DR-TB patients are still not provided with Bedaquiline.

TB-care and treatment are the worst-hit sectors during the COVID-19 pandemic. Governments have failed to attend to the serious concerns raised by TB advocates 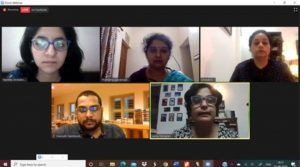 amidst pandemic. “TB advocacy needs the help of academic scholars and lawyers to uphold the right of patients to access and afford efficacious anti-TB drugs”, said Leena Menghaney, Regional Head (South Asia), Access Campaign at Médecins Sans Frontières. She was speaking in a webinar “TB in India: Patent Barriers and Challenges in Accessing New Medicines”organised by Chinmaya Vishwavidyapeeth (Deemed to be University), Ernakulam, Kerala, in association with the Third World Network (TWN) Trust on 25 August 2020. Prathibha Sivasubramanian, Senior Researcher, TWN, moderated the session and set the agenda for discussion to be around the accessibility of new drugs for Drug-Resistant TB (DR-TB). Nandita Venkatesan (TB survivor, and an advocate for TB and disability) brought in a patient’s perspective, while Leena Menghaney shed light from the perspective of civil society and Adv Chetali Rao, Intellectual Property (IP) lawyer and legal–policy expert bring in perspectives from the practice point of view.

While initiating the discussion Sreenath Namboodiri, Assistant Professor of Law, the Chinmaya Vishwavidyapeeth, observed that TB is an unsettling public health crisis in India. In 2019, WHO estimated an incidence of 26.9 lakh cases and in 2018 India held 27 per cent of the global total TB cases. Unfortunately, the gravity of the TB scenario is heightened by the drug resistance that the disease-causing bacterium (Mycobacterium tuberculosis) achieves. The severity due to drug resistance creates variation in the severity of the illness requiring stronger medications that carry even stronger side-effects.

The current treatment regimen is a combination of multiple drugs, and the current medications used to treat TB include: Isoniazid, Rifampicin (Rifampin), Ethambutol (Myambutol) and Pyrazinamide. However, these drugs have extreme side-effects resulting in hearing loss, psychosis, etc. Nandita Venkatesan expressed the agonising trauma faced by the TB patients’ day-in and day-out consuming stronger toxic drugs to battle Multi-Drug Resistant TB (MDR-TB)for a prolonged period. As a result, these patients face several side-effects including loss of hearing and eyesight, neurological diseases, kidney malfunction or even depression. While bringing her inference from the MSF campaign, Leena Menghaney emphasised on the need for more work in the field of R&D to reduce the side-effects caused by these injectables, which are painful and leave the patients with disabilities throughout their lives.

Unfortunately, Chetali Rao pointed to the fact that the global drug pipeline for TB was very bleak compared to drugs for other diseases.

Providing a glimmer of hope Advocate Chetali pointed that three drugs (Bedaquiline, Delamanid and Pretomanid) are in the regulatory market approval stage, while many other promising drugs are undergoing clinical trials or under pre-clinical development. These newer medicines and their combinations have greater effect in curing TB with fewer side-effects. She also hinted upon the usage of BPaL, a combination of Bedaquiline, Pretomanid and Linezolid, which together contribute to bactericidal and curative activity against extremely drug resistant TB (XDR-TB) and MDR-TB. Providing a word of caution and criticising the lack of transparency, Leena pointed out that there is unavailability of data in the public domain, clarifying the efficacy of these combinations. However, these drugs are patented and highly-priced, thereby creating hurdles in accessing them. Leena pointed out that most of the drugs protected by patent are unmerited. It is important that the government gathers the political will to move away from injectables to oral-based treatment (as WHO prescribes) with newer drugs, both in adult and paediatric regimens (Delamanid is promising among the young). She was optimistic that the current COVID-19 circumstances would push the policy forward towards oral-based treatment at the comfort of home, as there is no public health sense to leave for TB treatment and return with COVID-19. 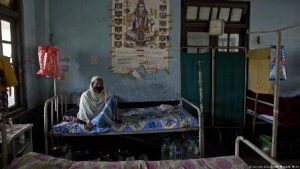 Despite the fact that WHO has enlisted Bedaquiline as an immediate treatment for DR-TB, in India, DR-TB patients are still not provided with Bedaquiline.  Nandita pointed to the Report on TB released by the Government of India in March 2020, which clearly shows that not all patients were able to access Bedaquiline and Delamanid, two of the main life-saving drugs against TB. Out of the 66,255 drug-resistant patients across the nation, only 5513 had got access to Bedaquiline, and an even smaller number of only 204 patients received access to Delamanid. The unprecedented pandemic situation has made it even worse in terms of accessibility to available care. Leena strongly argued for systemic reforms in the patent regime and increased political will, in favour of TB patients, no property rights can stay above the fundamental right to health. She emphatically said that any person diagnosed with DR-TB must have Bedaquiline in their treatment regimen, as it is the backbone of DR-TB treatment prescribed by WHO guidelines. Therefore, no treatment provided can have a decision on a case-by-case basis in providing Bedaquiline treatment. Further commenting on variations in domestic and WHO guidelines, Leena opined that the new Programmatic Management of DR-TB (PMDT) is yet to be published and it is an issue of transparency, and is in consonance with the WHO guidelines. Anyhow, Leena further emphasised that to receive best (Bedaquiline) available treatment is a matter of right and never that of charity. And therefore, even if domestic guidelines hold a difficult threshold, it is important that we take it to court to have the threshold eased. Chetali Rao opined that we have ample opportunity with the current patent regime to oppose and invalidate the unmerited patent. The option for compulsory license is also open to the government and industry. Unfortunately, they are sparsely used.

Leena pointed out the lack of legal aid to protect the right of the patients to access and afford these drugs.

The success of the HIV campaign was that there was a strong group of lawyers providing legal aid supporting the civil society struggle.

A similar approach is necessary to this multifaceted battle against TB. She requested the academic scholars to coordinate and come up with policies addressing this appalling situation. “We lack the technical capabilities to effectively push for compulsory licencing, where the MNCs hold a dominating position. With the help of academicians, we can moot for transparency in clinical trials as well as in the patenting process”, she said. Nandita expressed the difficulties that the patient group suffers, even though they are the prime stakeholders in the issue, in getting their voice heard among the ranks of the government. TB advocates all over the nation had expressed their concerns and grievances caused due to COVID-19 to the government, which had received a much-delayed response after months. In consolatory, Nandita and other advocates were asked to be a part of a technical committee to look into the concerns of TB patients amidst pandemic, but often such seats are a formality. This gesture of formality was too late of an action, and does not meet the standards of response which the hour demands, Nandita said.

The writer is an undergraduate student at Chinmaya Vishwavidyapeeth, Ernakulam, Kerala. He can be reached on twitter @Nava_Krish1