A tailor-made National Policy for India’s e-commerce environment is a prerequisite before eyeing gains. 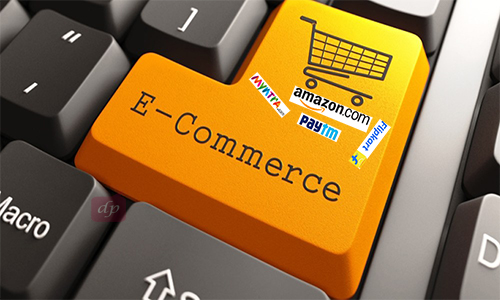 Electronic commerce has fundamentally changed the way we do business. In addition to being a lot easier, faster, and less expensive, e-commerce offers unprecedented business opportunities. However, owing to technology and first mover advantage, the current structure of e-commerce space is skewed heavily in favour of advanced countries, and the gains of e-commerce in the short term is likely to help them the most. In the longer run, developing countries like India may also benefit, provided they can create a proactive policy framework and domestic physical infrastructure.

India currently lacks the essential prerequisites and necessary infrastructure that is fundamental for taking full advantage of internet. The select few companies like Amazon, Google, Microsoft, etc. dominate the internet space. For instance, Google has an 88% market share in search advertising and Amazon a 74% share in the e-book market. They control information, data and decide who has access to digital marketplace, and can operate at a loss for years to establish market dominance.

The WTO rulemaking is premised on the fundamental principle of ‘non-discrimination’ (MFN and national treatment principles) in market access. Any proposal for a global regulation of e-commerce under WTO will harp on these principles as central to the negotiation. In other words, the fundamental problem with WTO rules disciplining cross-border e-commerce based on ‘non-discrimination’ would ensure strengthening of the existing structure wherein few companies dominate global e-commerce market. It is imperative that the government policy should ensure preferential treatment for domestic players in the nascent ecommerce space. Establishing binding international rules under the WTO without effective domestic infrastructure (technical, legal, and institutional) will take away an opportunity to provide “level playing field” and the much-needed policy space for leveraging the advantages of e-commerce for India business. China, a WTO member, through systematic policy interventions, carved out a space in its domestic market by stringent restrictions on market access.

According to the 2017 UNCTAD B2C E-commerce Index, India is ranked at 83 (out of 137 nations) on the readiness of countries to engage in online commerce. At the same time, India has the fastest growing e-commerce sector and is projected to grow from the current US$ 17 billion (2017) to US$ 188 billion by 2025. But, we lack a comprehensive national strategy to deal with the pros and cons of digital transactions. The Indian Information Technology Act 2000 has limited scope of application despite being a special regime for e-commerce. The Act is completely inadequate in the current form. Further, an open-door policy of FDI in e-commerce will only benefit global players leading to monopolies in e-commerce, manufacturing, logistics and retail sector.

The DIPP paper acknowledges that infrastructure created by major e-commerce players will be captive and the government will not be able to achieve its objective of creating back-end infrastructure.

In the broader context of IT goods and digital trade, India has also made several commitments at the WTO. For instance, India has agreed to be part of the e-commerce moratorium which prescribes that the WTO members’ decision to not impose customs duties on electronic transmissions. India has also agreed to comply with the WTO Agreement on Basic Telecommunications Services (BTS). This is a plurilateral sort of agreement that provides for improved market access for telecommunications equipment suppliers, vendors, and service. Apart from these, India is committed to the WTO Information Technology Agreement (ITA) where states have committed to eliminating tariffs on IT products covered by the Agreement which was further expanded at the Nairobi Ministerial.

India is yet to examine the domestic implication of these obligations.

Another crucial issue with WTO rulemaking is defining whether digital trade should be viewed as goods, services or as a separate class? Whether the GATT, GATS or a new agreement would apply to E-commerce, it all depends on the scope of the definition. Further it is argued by the WTO Secretariat that GATS is “technologically neutral” meaning, ‘it does not matter if the service is delivered – whether in person, by mail, by telephone or across the Internet.’ The supply of services through electronic means is therefore covered by the Agreement in the same way as all other means of delivery. However, it must be noted that the potential consequences of digital trade were never in the minds of the negotiators when GATS was negotiated in the early 90’s. It is fundamental to negotiated rulemaking that rules are conceived and framed based on the existing knowledge (technology) at the time of negotiation. Many nations have made it clear that they would not accept the presumption that curtails public oversight of the potential implications of technologies that did not yet exist during negotiated rulemaking (unforeseen).

Furthermore, other critical issues such as having indigenous cyber security systems, payment systems, cross boarder flow of data, the location of servers, etc., need to be addressed on a priority basis. Regarding empowering small and medium enterprises, it is imperative that they have the choice of platform on which they want to operate, otherwise, they are open to exploitation. Without adequate policy check and choice for SMEs, these dominant platforms service offered by Amazon, eBay, Alibaba, etc. will become gatekeepers.

The 2015 UNCTAD Information Economy Report identifies several key policy areas that need to be addressed in a country’s national digital strategy such as improving accessibility and reliability of affordable ICT infrastructure and services;  strengthening the logistical and transport infrastructure; strengthening the environment for online payments solution; implementation and enforcement of laws and regulation related to e-commerce; enhancing e-literacy and consumer awareness (skill development); promoting government e-procurement; raising the general awareness and that of all stakeholders related to e-commerce.

This is in addition to the more critical issues such as data protection and privacy and national cyber security and fraud.

Agreeing for a global regulatory framework for e-commerce before addressing the adequacy of legal structure regarding digital trade, Internet governance, or cyber-security, which is lacking in majority of the developing countries, could lead to undesirable consequences. As one of the UNCTAD reports notes: “even the US and EU rules on many of these issues have yet to mature. The benefits of digitalization could be immense for all, but not if the rules are tilted in favour of the powerful.”

India faces severe challenges in all four areas that are critical for facilitating e-commerce, especially its cross-border dealings: hard and soft infrastructure, legal framework, taxes, and administration. It is important that India domestically put in place the necessary prerequisites, starting with a National Policy, before agreeing to any multilateral agreement. Currently, the government needs the policy space and flexibilities to structure e-commerce, security, and data protection environment to tailor to India needs. Moreover, there are several pending issues in the WTO Doha Round of Negotiations which are critical for India and other developing countries. Sidestepping these crucial issues and entering new negotiating space is undesirable. While one agree with India’s decision not to negotiation e-commerce at the WTO, a comprehensive domestic policy and legislative framework both in terms of business, security and personal data is long overdue.

Dr Rajesh Babu is a Professor at IIM Calcutta. He has a PhD from Jawaharlal Nehru University and has several publications including books, book chapters and articles

The Echoes of “October”