Communities must be listened to and grassroots expertise and ownership of utilities acknowledged if we are to make democracy an enduring reality and put an end to censorship and surveillance.

Having conquered, colonised and regimented cyberspace and its flow of data, driven away from us and in to orbit in secret stores, telecommunications companies are now 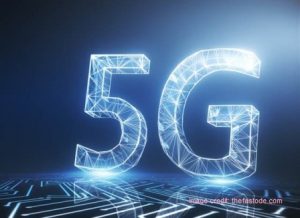 looking to occupy public infrastructure with their next generation data network 5G.

Because 5G technology needs a much denser network of 10 to 100 times as many antenna locations, companies are vying to carve up city-owned, public infrastructure — utility poles, streetlights — to host new equipment. When the conflict comes out in to the open in congress this year and climaxes it will raise questions about and draw public attention towards the tensions between the cumbersome but constitutional processes of local government and the demands of corporations to have their way quickly. “Today, it can take a year or more to get a permit, but only an hour to install a small cell. This has to change,” says Sprint CEO Marcelo Claure.

Local governors have voiced critique over corporations’ use of their clout in the state legislatures to override, suppress, local democracy. Corporations keep restating the tired efficiency argument over and over again. Why should their cheapest, chosen method triumph over public will? Why should we foot the bill of interception and surveillance we never voted for? They own a company, or conglomerate. But a company or conglomerate is not the entirety of the public will. They aren’t because they are privatised, Wall Street floating authoritarian transnationals that offer nothing but secrecy, control and social and environmental degradation. They have the same effect on democracy, justice and equality as fascism. Corruption has allowed these companies to come in and rob all our private data the better to target us as captive consumers. We got nothing in return. They added nothing to the community but an invisible prison.

If you value your voice and freedom your only choice is to oppose 5G’s assault on local democracy and vote for candidates that defend your power and the principle of public ownership.

Apathy, by signalling public acquiesence in the prostration of legislature to corporate agendas, will result in no less, no more than an escalation of lobbying that runs against the public interest, to further simplify, streamline and automate our captivity. Like the vast censorship and surveillance systems they created, corporations are hybrids, old elite networks as well as armed with cyber-equipment. It is no accident nor footnote to history that the success of Silicon Valley and its vision resulted in the single biggest expansion of control over citizens ever seen. Physical occupation of public utilities is a natural consequence and farthest extension of the algorhythmic logic of a new age society in which the current problem is the conquest of unaccountable power over cyberspace. Many of us have unwitting been attending to the task of bloating corporate data warehouses on social media, sleepwalking in to dystopia. But having to see our land and utilities weaponised against us so blantantly in this heist may wake us up, may be one step too far.

Make no mistake, this technology has been engineered to service more than consumer needs alone. The telecoms and big data lobby must not be allowed to control politicians. That the system allows it is a symptom of a deeply dysfunctional political culture where politicians spend less time representing citizens than on lobbying work for corporations to fundraise for re-election. Communities must be listened to and grassroots expertise and ownership of utilities acknowledged if we are to make democracy an enduring reality and put an end to censorship and surveillance.

The author is associated with the Center for Research on Globalization based in Canada.