Colorectal cancer is the third most common type of cancer among men and women in India. 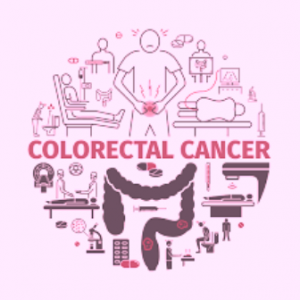 from research institutions in Japan and the United States of America.

Colorectal cancer is the third most common type of cancer among men and women in India. It can be cured if detected early. The commonly used technique to detect colorectal cancer is colonoscopy, in which the medical personnel attending the patient – physician, gastroenterologist or oncologist – visually inspects the image obtained by a camera inserted into the colon of the subject.  In the current manual approach for colonoscopy examination, observation bias may sometimes lead to an erroneous diagnosis.

The new technique promises to overcome this problem and help the physician to not only accurately but also rapidly detect cancer. It is also based on analysis of colonoscopy images. The only difference is that the system is based on artificial intelligence and does the analysis automatically.

Scientists from the Cotton University, Guwahati, Aichi Medical University, Japan, and Harvard University and University of Texas in USA collaborated with Prof. Manas Kamal Bhuyan, Professor, Dept of Electronics and Electrical Engineering of IIT Guwahati in this project.

Presently, during the visual examination, doctors check for the presence of abnormal tissue growths (polyps) and study their features including shape, surface structure and contour to classify them into different categories (neoplastic and non-neoplastic). The multi-institutional team extracted the shape, texture and color components through artificial intelligence algorithms using different filters. The statistical significance in the contribution of different components was then evaluated, followed by feature selection, classifier selection based on six measures, and cross-validation.

To evaluate the robustness of their system, they compared their work with four classical deep learning models and found theirs to be better than others. “Our AI algorithm can be easily integrated with the current methods of diagnosis, which is a significant USP for this work,” the team said.

The research team is excited with their results and believes that their work would have a global impact on the detection of colorectal cancer. They plan to commercialize the technology in the future as the market need is enormous. However, before commercialization, they have laid out an ambitious research plan to fine-tune their system.

“The work we have reported only focuses on single frames selected by the doctors. In the future, we will integrate it with video tracking and automatic frame selection”, says Prof. Bhuyan, who led the study. The team also proposes to implement their analytical approach into a computational tool for easy use.