BJP has been a party that argued for the importance of federalism. However, the BJP-led government is throwing away the basic principles to create more profit to the corporates at the cost of farmers.

The BJP-led National Democratic Alliance Government has brought three ordinances recently stating them as a step towards doubling Farmers’ income. However, a comprehensive review of the three ordinances – The Farmers’ Produce Trade and Commerce (Promotion and Facilitation) Ordinance, 2020, The Farmers (Empowerment and Protection) Agreement on Price Assurance and Farm Services Ordinance, 2020, and 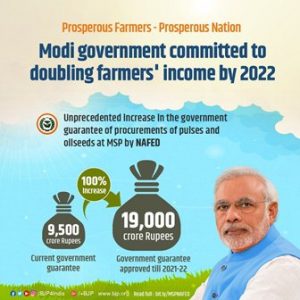 The Essential Commodities (Amendment) Ordinance, 2020 – promulgated by the President of India shows that they are mainly meant to facilitate corporate retailers. When the government started the economic reforms, the argument was that the reforms will benefit the farmers a lot. Free market policy did not benefit the farmers.Further, its effect is haunting the farmers with high imports, loss-making farming, and high rate of farmer suicides. Corporates are the beneficiaries of all these reform processes. In the time of economic crisis and the slow down, government is taking more reforms to facilitate the corporates. All these reforms are coming with different masks of pro-farmer and pro-poor.

What surprises the farming sector is that all the three Ordinances were not made upon the request of any farmers’ organisations. Farmers’ request has been for Minimum Support Price (MSP), according to the Swaminathan Commission formula, loan waiver and to stop import as per Free Trade Agreements (FTAs). Rather than implementing farmers’ suggestions, government has been implementing corporate’s suggestion in the name farmers, without even consulting any of the farmers’ organisations.

The Farmers’ Produce Trade and Commerce (Promotion and Facilitation) Ordinance, 2020, is aimed at reducing the role of the state in agricultural marketing and input supply and to provide greater space for the private sector. Corporate processors and retailers want to obtain timely, cost-effective, and adequate supply of quality raw materials. This ordinance exclusively solves the problems of the corporates, and not of farmers. States passed the Agricultural Produce Marketing Committee (APMC) Act to facilitate farmers’ first sale of agricultural produce. Intention of the lawmakers was to save the farmers from the monopoly practices of retailers and the money lenders acting as a middle men in agricultural market. Before the establishment of the APMC, money lenders book the agricultural products with farmers at a cheap price. They colluded with retailers and purchase everything from the farmers at cheap price. In some occasions, these middle men hoarded the agricultural products. As a step to stop these looting of farmers, the Royal Commission on Agriculture, 1928, suggested regulation of marketing practices and establish regulated markets. Government prepared a model draft in 1938 and circulated to the then state governments. Except Bengal, none of the states gave any importance to this model draft.

After Independence, there was a felt need to protect the interest of farmers and provide them incentive prices to augment the production of agricultural commodities.

Further, with the increasing problems of local money lenders extorting high quantity of food grains from the farmer, many of the state governments enacted the APMC Act and Rules. Bank nationalisation and priority sector lending also helped to stop the money lenders from looting the farmers.

The National Agricultural Cooperative Marketing Federation of India Ltd (NAFED) was formed in 1958 to facilitate the interstate sale of agricultural products. NAFED is now one of the largest procurement as well as marketing agencies for agricultural products in India. The Food Corporation of India (FCI) procures wheat and rice from farmers. NAFED along with the proactive role of state governments also physically procures oilseeds, pulses and copra under the Price Support Schemes. These government procurements have an important role in the farmers gate price. The Kerala Government procures paddy from farmers at the rate Rs 26.50 per kg. At the same time private rice millers purchase the paddy from the farmers at rate of Rs 18 per kg. APMC, Minimum Support Price (MSP), procurement system, NAFED and FCI have an important role in the farmers’ gate price.

The BJP-led NDA government had made the first attempt to change these systems by drafting a model APMC Act in 2003. While providing facilitation for contract farming, farmers and private persons were allowed to set up own market, and licensing norms were relaxed. These attracted huge criticism even from Sangh Parivar organisations.However, not all states have passed the bill. Although some states passed the bill,they neither framed rules nor notified it. After the BJP-led NDA came to power, they started implementing the same idea, which they kept it in cold storage for a long time. The Union Budget 2015 proposed to create a United National Agriculture Market with the help of state governments and the NITI Aayog.

Another intervention has been the Electronic-National Agricultural Market (E-NAM). In that system quality and quantity of the product reaching APMC gets uploaded on the website and its delivery happens in APMC. However, E-NAM failed to attract farmers’ interest. Except Karnataka no other states made any effort in the E-NAM. All these systems failed to fulfil the requirements of the corporate, and the Central government, without discussing with the states and farmers’ organisations, brought ordinance overriding the state rules. 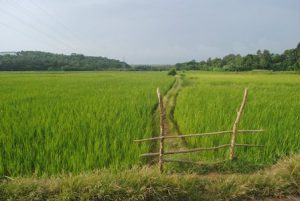 Corporates procuring agricultural products and corporate retailers were pressurising the Central Government to amend the APMC Act through a Central legislation. In India all the anti-people reformswere brought by the Indian National Congress and BJP together. During the time of the United Progressive Alliance (UPA) government also, they tried to bring a Central law to amend the APMC Act. The first UPA government decided to change some subject in the state list to the union list. This move was opposed by one of the senior ministers from Kerala. One of the multinational consulting firms suggested to bring all the changes along with the Warehousing (Development and Regulation Act, 2007. After that there was an attempt to change the warehouse rules that work as amendment to APMC Act. This was also opposed by one of the senior ministers from Kerala.He opined that it will not withstand in case a State Government oppose this in Court and it will attract lot of criticism against Central Government. The 2019 election manifesto of Indian National Congress promised to repeal the APMC Act.

BJP knows that any amendment of APMC will attract big protest from farmers. Moreover, the Central Government is aware that due to lockdown, protest in the public place will be very difficult. Government took this time as an opportunity to amend the Act.

In a detailed reading we can understand all these are planned in the interest of the corporates. Section 2 (j) definition says “Scheduled farmers’ produce” means the agricultural produce specified under any State APMC Act for regulation. The Act deals with all the products that were earlier scheduled by the State APMC Act. With this ordinance,the scheduled APMC list has no effect. Virtually after this ordinance APMC market area is becoming an ordinary market place. Section 6 says that “No market fee or cess or levy, by whatever name called, under any State APMC Act or any other State law, shall be levied on any farmer or trader or electronic trading and transaction platform for trade and commerce in scheduled farmers’ produce in a trade area”. Till the date,none of the state governments, including the Left government in Kerala, did not oppose this section. State governments have the right to collect such levies on trade or cess on any agricultural product trade.

The overriding effect of this Ordinance will create more problems to the State Governments wanting to do welfare schemes to the farmers. The Ordinance is a trespass on the State Subject by the Central Government using the subject in the concurrent list.Agriculture is a State Subject. Trade and Commerce is in the concurrent list. APMC system was established by a State Act. State Governments must question the legal validity of the Ordinance on the basis of the Doctrine of Repugnancy.  BJP has been a party that argued for the importance of federalism. However, the BJP -led government is throwing away its basic principles to create more profit to the corporates at the cost of farmers. The moot question is whether this significant step is grounded in the nationalism of the BJP?

(Note:  This is the first part of the two-part series of the article on Farm Ordinances by the author.)