Other states like Haryana, Madhya Pradesh and Karnataka have been considering stringent laws to curb “love-jihad”.

In relation to their plan to implement legislation banning, inter alia, conversions solely for the purposes of marriage, a series of recent announcements by state governments, all 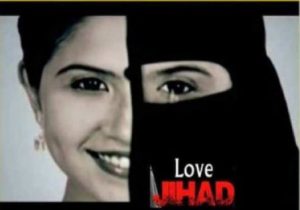 led by the BJP governments in states, has raised quite a political storm. The opposition parties are up in arms, calling the move to be against the idea of a secular India. If the socio-contemporary context of the legislation is to be seen, it has come at a time when the discourse on ‘love-jihad’ has been at an all-time high.

On 28 November, the Uttar Pradesh government promulgated the anti-conversion ordinance called the UP Prohibition of Unlawful Conversion of Religion Ordinance, 2020. The ordinance followed the fiery “love-jihad” speeches of CM Yogi Adityanath and his subsequent assent of the ordinance.

This has ensued a discourse on Fundamental Rights and the position of the Constitution in the current state of affairs. The Constitutionally protected Fundamental Rights and the Executive’s seemingly apparent checks on these have a long history of legal and political battles. The ordinance followed the Allahabad’s High Court verdict upholding an individuals’ right to choose a life-partner irrespective of religion. The court stated, “…neither any individual nor a family nor even the state can have an objection to the relationship of two major individuals who out of their own free are living together.” The ordinance seems to reply, “any person related to the converted person by blood or marriage to lodge an FIR against the conversion” (Section 4).

Is the ordinance a need of the hour or a diktat? The fact of rising cases of ‘love-jihad’ in the state might have prompted the government to pass the legislation.

At least five opposition-ruled states condemned the announcements as an encroachment on personal liberty, and as an attempt to divide the country on communal lines. Former Supreme Court Judge, Justice Madan Lokur, asked whether the society is ready for such a law, which gives a backseat to the freedom of choice, dignity and human rights. Interestingly, the Samajwadi Party government’s stance in a 2014 case was that conversion merely for marriage was not permissible, as this was neither valid religious conversion nor valid nikah (marriage).

The ordinance invokes a legal penalty of up to 10 years and a social censure coupled with a “Ram Naam Satya yatra”. The punishment for the religious conversion of a woman is double thenormal, solidifying the belief that women need to be protected and not given independence even to marry by their own free will. The minimum monetary punishment for the conversion starts at Rs 15,000.

It is imperative to note that the law does not criminalise inter-faith marriages, but conversion to a religion solely for the purpose of marriage. The restriction on conversion for marriage is not a novel provision of the said ordinance, but it has been an established norm through judicial precedents. In the case of Lily Thomas v. Union of India, the Supreme Court considered a marriage void in which a man had converted to Islam solely to legalise his second marriage. The Court termed such a conversion to be “religious bigotry”.

Now under the new law, any person who wants to convert his or her religion will need to pass several stages of enquiry to be confirmed converted. Firstly, he or she will be required to notify the District Magistrate 60 days in advance before the intended conversion. Then a police enquiry will follow. After the conversion, it is compulsory for the person to appear before the District Magistrate for confirmation. Any pandit, maulvi, father who is solemnising the conversion is also liable to give prior information for the same. After the confirmation, a call for public objections will be made. Following which, a person would be considered legally converted.

The ordinance has seemed to take a retrospective effect as just hours after the ordinance was promulgated, the first case under it was already registered at Deorania Police Station, Bareilly. The accused is a Muslim man alleged for forcible conversion of a woman by abuses and death threats. Interestingly, the case had been closed in 2019 itself after a judicial decision. The accused was charged under respective provisions of the Penal Code and there was no contact between the man and woman later. The woman married another man in May 2020. Her brother gave a statement that the family did not approach the police for the FIR under the said ordinance.

Till date, more than 10 cases have been filed under the new law all over the State with at least 34 persons being arrested. Amidst this, interfaith couples have tried to flee from the state as their marriage would be termed unwarranted in Uttar Pradesh.

In early December, Lucknow police intruded and stopped an inter-religious wedding ceremony of a Hindu woman and a Muslim man even though their families supported the union.

The Allahabad High Court has stepped in as the protector of rights and stayed the criminal proceedings against a man booked under the new law citing “fundamental right to privacy”.

Also Read : Threat of Islamic State: Have We Drawn the Drapes Too Early?

The Court observed the woman is a consenting adult who understands her well-being. It has also taken cognisance of the petition filed before it against the law and has asked the government to file counter affidavit. The petition holds that the law violates Articles 14, 15, 21 and 25 of the Constitution.

The ordinance has also been described as an attack against Article 25 of the Indian Constitution. The Article guarantees freedom of conscience and free profession, practice and propagation of religion. However, the Article gives this freedom “subject to public order”. Thus, the State can impose restrictions on forceful and fraudulent conversions done for the sake of marriage. The conversion from one religion to another is legal only if it is a bonafide conversion.

Other states like Haryana, Madhya Pradesh and Karnataka have been considering stringent laws to curb “love-jihad”. A similar pattern like in Uttar Pradesh can be observed in Karnataka, with the High Court upholding the Right to Marry a Person of Choice Irrespective of Caste or Religion amidst the talks of a law against ‘love-jihad’ in the pipeline.