Arogya Setu App is aimed at augmenting the initiatives of the Government of India, in proactively reaching out to and informing the users of the app regarding risks, best practices and 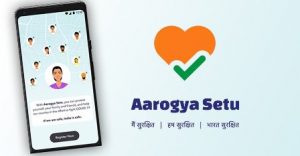 relevant advisories on the containment of COVID-19.

The App has been conferred the Jury’s Choice award during Digital India Awards 2020. Hon’ble President of India Shri Ram Nath Kovind, conferred these awards via video conferencing in a virtual award ceremony with participations from multiple locations including the Rashtrapati Bhawan & Vigyan Bhawan, New Delhi, along with Bhopal, Chennai, Kolkata and Patna. The eOfficeApp was also conferred with the Jury’s choice award.