According, to a conservative estimate 10 million Indian children are likely to suffer from Autism. 1 in 66 children between ages 2 and 9 are affected in India. As a neuro-developmental medical condition, Autism also generates various sociological concerns to be explored. 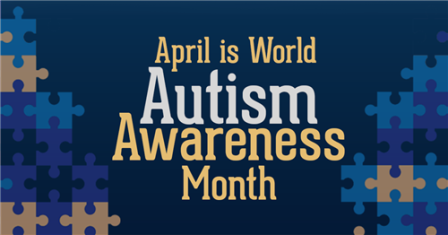 “Silence, grimaces, flapping of hands, minimal eye contact and contortion of body are regular responses during the initial interactions with an autistic child”. Breaking into such silence is something neurosurgeons, clinical psychologists, parents, teachers and psychotherapists continue to do with patience and anticipation.

It is sometimes said that if you know one person with autism; you know one person with autism. The characteristics of autism typically last throughout a person’s lifetime. However, it can change considerably over time and through systematic interventions. A mildly affected person might seem merely eccentric and lead a relatively average life. Severely affected persons might not be able to express through speech or care for themselves.

As a neuro-developmental medical condition, Autism Spectrum Disorder or ASD (and autism are both general terms for a group of complex disorders of brain development) are characterised, in varying degrees, by difficulties in social interaction, verbal and nonverbal communication and repetitive behaviours. However, it also generates various sociological concerns to be explored.

It is about initial communication blockades that primarily affects immediate kinsfolk. The natural process of socialisation of an autistic child gets hindered leading to various kinds of social, psychological and medical complexities.

Also Read : An Asperger’s Art and demystifying the disorder

“This condition is about inabilities in forming, maintaining familial and social bonds. Therefore, a person with this condition has to redefine bonding, with parents, siblings, kinsfolk and build rapport with the social world. These efforts lead towards reworking of social dynamics of family, childhood, sexuality, and personality.”

Early and methodical intervention can make remarkable differences in a child’s development in view of the fact, that each person with autism is unique. It has been noticed that many individuals on the autism spectrum have exceptional abilities in visual skills, music, mechanical, sports and academic abilities. On the other hand, individuals with autism also have significant cognitive disabilities. They are unable to live as an autonomous person. Additionally, autistic individuals with ASD can also be nonverbal. However, they can learn functional communication through regular instructive mediation.

The human life cycle points out that, infants are primarily, social. Their sociality is displayed through several types of body language, cooing and babbling etc. They begin by gazing at people, turn toward voices, grasp a finger, cry and also smile.

In contrast, children with autism have difficulties to engage in the reciprocal, give-and-take of everyday human interaction. They seem indifferent to the social world around them. They may resist attention or passively accept hugs and cuddling. That’s the turning point when parents, siblings and kinsfolk begin to seek interpretation of their unresponsive behaviour. Therapists advise them to carry on with persistent efforts to communicate with the staying power of empathy. Usually, parents work with these two notions earnestly and ardently for several years.

“Continuing research suggests that children with autism are attached to their parents and siblings. Though, their expression of fondness can be unusual and complex to figure out.”

Additionally, children with autism are slower in learning to interpret what others are thinking and feeling. Subtle social cues— a smile, a wink, a shrug, sarcasm, an innuendo, or a grimace—are grasped after several instances.  Furthermore, these slight gestures may have little or no meaning for the autistic children. Without the ability to interpret gestures and facial expressions, the social world may seem indifferent to them. To compound the problem, people with autism have difficulties in comprehending another person’s perspective. This obscurity leaves them unable to see the point of other people’s behaviour. Although, not universal, it is common for people with autism to have difficulties in regulating their emotions. This can be displayed sporadically as behavioural precedents such as hurting oneself, verbal outbursts, damaging objects, gadgets etc. For, the untrained eyes such activities seem complicated and difficult to manage.

Numerous interactions with the autistic individuals conveyed that one has to look into the autistic communication patterns through a prism emanating multiple hues and sparks.

Apparently, several distinct types of synchronised cognitive processes take place in the human mind constantly. These can be put under the rubrics of Linear, Holistic, Sequential, Random, Symbolic, Concrete, Logical, Intuitive, Verbal, Nonverbal, Reality based, and Fantasy based Cognition.

It is not unusual for an autistic mind to process experiences, sensory information, feelings, visual and oral promptings linked logically to some of these categories, continually.

“Therapists, teachers and parents usually recommend to work through few prototypes which seem to work against all kinds of odds. To make beginnings in rational interactions with the autistic individuals, digital media and computing methods are called for aide.”

Since, 80-90 per cent of the human brain grows in early childhood, therefore, therapies work if the interventions have been made early.

Augmentative and alternative communications (AAC) involve alternate methods of exchange of ideas. It addresses emotions and perceptions through the use of electronic and non-electronic devices. Such gadgets provide means for expressive and receptive interactions for persons with limited or no speech.

It has been noticed that autistic children form a consistent rapport with the computer and digital media on the precondition that they are introduced early to digital media.

(April is the month of Autism awareness around the world. This article is the first among a series of articles based on the observations of children with autistic condition between the age group (3-15 yrs) in the Delhi NCR region. It looks at various cognitive patterns found among them. The idea is to explore effective intervention techniques including expressive and creative that enhance communication among autistic children.)