Bloodbath of 15 August: Attempt to Suppress Glorious History of Bangladesh

Forty-five years after the assassination of Bangabandhu Sheikh Mujibur Rahman, the best tribute the Bangladeshi people can offer him is to work unitedly to make the country a ‘Sonar Bangla’.

One of the most heinous bloodbaths in world history occurred on 15 August 1975. 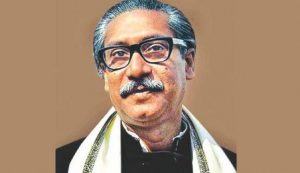 Bangabandhu Sheikh Mujibur Rahman, the Father of the Nation of Bangladesh, and most of his family members, including his wife Fazilatunnessa Mujib, sons Sheikh Kamal, Sheikh Jamal and Sheikh Russell and daughters-in-law Sultana Kamal and Rosy Jamal, were killed by a section of disgruntled and ambitious army personnel. Sixteen more people, all close to Bangabandhu, were shot dead. Bangabandhu’s two daughters—Sheikh Hasina, the present Prime Minister of Bangladesh, and Sheikh Rehana—escaped the massacre, as they were in Germany at that time.

It was not only the killing, but was also an attempt to suppress the contribution of Father of the Nation Bangabandhu Sheikh Mujibur Rahman and his dream of making independent Bangladesh a ‘Sonar Bangla’. Hence, the perpetrators and killers had launched false allegations and propaganda against him and his government. The preparation of carrying out the barbaric assassination, formation of a new government and the false allegation campaign against Bangabandhu were revealed simultaneously around 3:00 am of 15 August 1975 at Dhaka Cantonment.

Lt. Col (retd) Muhiuddin Ahmed, one of the convicted killers of Bangabandhu in his confessional statement said Major Syed Faruk Rahman, one of the masterminds of the massacre, told soldiers at Dhaka Cantonment that “a new government would be formed under the leadership of Khandaker Mushtaque Ahmed by ousting Sheikh Mujibur Rahman. This will be an Islamic government.” Major Faruk also instigated the armed troops by making speech against the Bangabandhu government and the formation of Baksal and Rakkhi Bahini. He also spread the false allegation that the Bangabandhu-led government had planned to disband the army. After Faruk’s briefing, tanks rolled down the empty streets to Bangabandhu’s residence on Dhanmondi Road-32, and finally killed the great leader and his family members.

Later, the anti-liberation forces, including conspirators and killers, tried to rationalise the killing of Bangabandhu and his near and dear ones.

They also propagated that Bangabandhu did a bad job during his tenure after the liberation of Bangladesh in 1971. Even, the culprits tried to suppress the glorious history of the struggle of Bangabandhu for the independence of the country.

Twenty years from 1975 to 1996, people had to consume the propaganda against Bangabandu’s 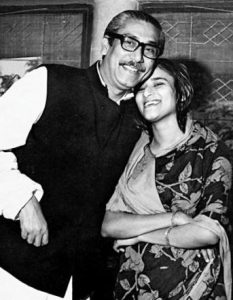 lifelong contribution in making independent Bangladesh. The propaganda, first used in 1622, was widely spread by Adolf Hitler in the 1930s. Hitler had appointed Joseph Goebbels as the Minister for Propaganda in 1933 to gain political success. Even, the name of a committee of cardinals of the Roman Catholic Church responsible for foreign mission, founded in 1622 by Pope Gregory XV, was ‘Propaganda’. However, the then military government did not appoint any minister for propaganda, but they used all the government bodies, and even the so-called intellectuals and mass media to spread rumours and disinformation. It took control of the mass media to spread false allegations against Bangabandhu. The media did not give any coverage on Bangabandhu’s contribution and even uttered his name. Before the killing, Bangabandhu was said to be the great leader or the Father of the Nation, and soon after the killing he was branded as a ‘dictator’ in the media. The media did not publish the killing incident prominently, rather they tactfully concealed the bloodbath and published Khandaker Mushtaque Ahmed-led government’s sworn-in prominently. The daily newspapers published editorials welcoming the new government and propagating against Bangabandhu and his government.

In a bid to legitimise the killing, the then so-called intellectuals, writers and media said Bangabandhu was killed because he formed Baksal (Bangladesh Krishak Shramik Awami League) saying it as a “one-party-led dictatorship system”.

But it was a temporary platform of political parties to make the people free from widespread corruption and growing unrest. Bangabandhu termed Baksal as a “Second Revolution” for bringing reforms in a self-styled state socialism for economic emancipation of the country. He formed Baksal on 24 February 1974 with the fourth amendment to the constitution. The perpetrators also spread false information about the Declaration of Independence and the famine, which occurred in March – December of 1974 due to massive flood along with the Brahmaputra River, and postponement of food grains consignment by the US government.

Actually, the propaganda against Bangabandhu started since the Independence of Bangladesh. The anti-liberation forces did this to undermine Bangabandhu’s popularity and finally eliminate him by the assassination.

The nation was freed from an old-aged stigma as after a long court proceeding in 2015. The Supreme Court awarded death penalty to 12 convicts for killing Bangabandhu. Of the convicts, six have been executed, five are still on the run, and another died.

Now people from all walks of life are observing the National Mourning Day with due respect and solemnity, marking the death anniversary of Bangabandhu. The day is public holiday.

Forty-five years after the assassination of Bangabandhu Sheikh Mujibur Rahman, the best tribute the Bangladeshi people can offer him is to work unitedly to make the country a Sonar Bangla, as dreamt by him, free of poverty, hunger, corruption and communalism.