Businesses Should be Made Accountable: Parliamentarians on NAP-BHR

Parliamentarians discussed the necessities of India’s soon to be launched NAP-BHR.

As India inches closer to its first official policy on business and human rights (BHR), several civil society organisations (CSOs) are pushing for it to be inclusive and accountable thereby promoting human dignity. A 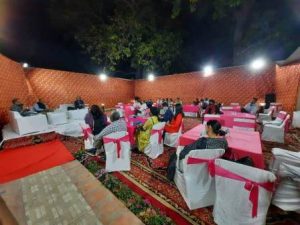 zero draft of the National Action Plan on Business and Human Rights (NAP-BHR) was released by the Ministry of Corporate Affairs in 2018. Post the release of the draft, several CSOs came together to produce a report of recommendations to the draft. The final recommendations report was released in February 2021. In this context, the Legislators’ Group on Sustainable Development Goals (LG-SDGs) in collaboration with the Centre for Legislative Research and Advocacy (CLRA) and the Institute of Poverty and Governance (IPG) organised a meeting on 25th March 2021. The meeting was hosted by Sudheer Gupta, MP, Lok Sabha and attended by several MPs across parties.

Speaking at the event, Lok Sabha MP from Mandsaur, Madhya Pradesh, Sudheer Gupta, stressed on the need to look at human rights with the lens of collective impact. “The world today looks at the human rights agenda with an individualistic lens, but it is important to look at how human rights of collective groups are impacted due to unethical business practices,” he said. He further added that in business supply chains, it is often a group of people who suffer, for an industry often harms smaller businesses in formulating its supply chain.

“Under the facade of industrialisation, a number of businesses have been buried under the rock. It is more or less a crime to think of human rights only in an individualistic sense. We should attempt to look at the loss in businesses due to industrialisation and how it can be rectified,” Gupta said.

Several members including the LG-SDGs members and BHR Specialist, UNDP India, Nusrat Khan, added that the link between Sustainable Development Goals (SDGs) and human rights is strong. Approximately 90 per cent of the targets mentioned in the SDGs are linked to human rights.

Rajya Sabha MP from Odisha, Dr. Amar Patnaik, seconded, “The targets of SDGs are designed in a way that protect human rights in all its facets—labour, poverty, hunger, health, etc. The sustainability framework has been formulated to strengthen the most basic rights of a human, and so it enhances their full potential. However, it is important to implement SDGs at the micro-level,” he said.

Dr. Patnaik further added that the Swachh Bharat Abhiyan or the total sanitation campaign has been given a boost not only due to the problem of open defecation, but also to protect the dignity of the rural woman. “It has been done so that the lady of the house does not have to walk miles to find a place for defecation, and even then look around to protect herself. Dignity is the basic human right being guarded through this campaign, and the number of toilets constructed is definitely not the main achievement,” he said.

Dr. Amee Yajnik, Rajya Sabha MP from Gujarat, opined that policies need to be drafted in ways that make its implementation easier at the grassroots level. “We have a plethora of policies that are meant to be implemented by the state government at the local levels, but we do not know if the panchayat, for instance, has the capability to implement it,” she said. She added that the most basic human rights, such as toilets for women at the workplace, need to be taken care of by the management. “While the onus is on the state/government, businesses need to be made accountable,” she said.

The Zero Draft of the NAP-BHR released by MCA highlighted the state-business nexus, collective bargaining, and even leveraged public procurement. Further, a notification was released in February 2020 calling for public recommendations for NAP-BHR. PiC and Praxis, then, carried out consultations across the country with 600 participants from CSOs, small businesses, petty contractors, workers, and trade unions, and formally submitted a report to the government in March 2020. A revised version of the same was released on 23 February 2021 in an online seminar featuring eminent speakers from multiple areas, including gender, human rights, and labour rights.

Primary recommendations of the report, through three separate sections, talk about evolving a plan to ensure human rights due diligence mechanisms in businesses, especially in the supply chains, having businesses recognise the influence of caste and patriarchy, and mandating the state to have a remedy system.

Speaking at the event, the National Human Right’s (NHRC) BHR Committee member, Viraf Mehta said, “Human rights in businesses is not a new idea for the world, since demands like the 8-hour workday or unionization did exist even in the colonial times. What’s new is that we now know that SDGs cannot be achieved until the private sector decides to move in a singular direction, unless businesses are not united and collectively responsible.” He further added that after the Indian government introduced guidelines for ethical business practices in 2012, it told the businesses how to function responsibly.

“Some fear that the BHR agenda is a negative one. I say that while it may feel so at the outset, it definitely isn’t. We have to push the message that accountability is indeed a positive agenda for businesses to have.” Mr. Mehta added.

Pradeep Narayanan, from PiC, cited examples of human rights violations seen in businesses in India. “Our research in Maharashtra unveiled a government survey done in 2019 which stated that 13,000 women farmers (of the total 40,000) in a Maharashtra based village had had their uterus removed in order to be able to work 12-hour shifts and earn their 1 lakh rupee income at the end of every year. “Nobody, neither the government nor the business running the supply chain, took responsibility for it,” he said.

Mr. Narayanan also gave the example of Nestle, whose popular product Maggie noodles were banned in the country a few years ago due to a violation of FCI norms. “At the time, the CEO brushed off the blame by comparing their work with other Indian companies. They even said that while the presence of lead is higher when the tastemaker and noodles are tested separately, it boils down to the appropriate amount once the noodles are cooked,” he added. He also stressed the need for multi-national corporations to follow norms that have been enlisted in their home countries to achieve human rights in business.

Ms. Nusrat Khan said that since India plays a huge economic role among other Asian countries, the NAP it releases will become an example for many others. “Currently only three Asian countries have authentic BHR guidelines—Japan, Thailand and Pakistan. Since India is the origin point for supply chain of several products such as cotton, leather, and sugar, it can set high standards for ethical BHR practices,” she added.

Panellists also discussed the importance of including businesses in the dialogue and ensuring that the underlying principle of BHR reflects in the business model of private enterprises. The final National Action Plan on Business & Human Rights is scheduled to be released by the Ministry of Corporate Affairs in mid-2021.