It is per se cogent that sensitising the consumers about their rights and reforms with the proper recourse to be taken for dispute resolution process is the need of the hour for upholding the interests of the consumers in the real sense. 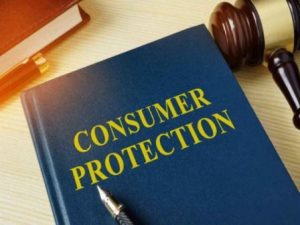 protect the vulnerable consumers by upholding their rights and interests. The unregulated consumer protection authorities having insufficient power to make regulations along with absence of advisory commissions and laws regarding e-commerce has paved the way for this crucial amendment in the wake of burgeoning global marketing.

The new amendment entangles the pivotal provision to widen the ambit of the consumer with inclusion of e- commerce in the definition of consumers. E-commerce refers to buying and selling of goods and services with the help of electronic media. Consumers can now sue online platforms for defective goods and deficiency of services. This will deter unfair trade practices making the e- commerce platforms much more accountable.

The advancement in digital technology, and more specifically in this unforeseen era of COVID-19 pandemic, has forced consumers to rely on the digital platforms as part and parcel for fulfilment of their needs and desires. We know that a major percentage of our population isn’t techno-savvy, and hence it is the duty of the government to protect the interests of such people by providing them avenues to safeguard their rights. The government has decided to establish a Central Consumer Protection Authority (CCPA) for carrying investigations for violation of consumer rights, curbing unfair trade practices and penalising advertisers for misleading advertisements to strengthen the rights of consumers. The CCPA will act as a watchdog to curb the menace of unethical trade practices. There will be greater accountability on the part of online and offline trade platforms to fulfil their Corporate Social Responsibility (CSR) as non-compliance of the same would attract stricter penalties by the CCPA. This was done for effective implementation of laws and speedy redressal of consumer disputes.

The CCPA is authorised to penalise the product endorsers associated with the misleading advertisements, which falsely mislead the consumers on the aspect of quality of the product by deliberately hiding crucial information regarding a particular product. The manufacturer of such products will be entitled to penalty of Rs 10 lakh and the celebrities involved in such fraudulent advertisements will be barred from endorsing any product for a period of one year and subsequently for a three-year term.

Recently, six advertising companies were penalised for falsely claiming their products being resistive to novel Coronavirus.

Such misleading claims are likely to add fuel to the fire by deceiving the consumers when they are already embedded with fear and anxiety to protect their life.

The CCPA has reprimanded these companies for publishing such falsified advertisement without any substantiate evidence. This is a major step deterring the companies from making any pseudo- claims to make unfair enrichment by manipulating the minds of the people. With the provision in the new amendment, consumers could now seek redressal at their convenience as they have been permitted to institute proceedings from the workplace or place of residence unlike the previous system where the complaint could only be filed at the place of transaction. This has also addressed the concern of the buyers on ascertaining the place of transaction owning to the complexities of digital technology.

The authority of District and State Commissions has been broadened with the aggregated provision of review of the cases which was only exercised by the Central Commission previously. This delegation of authority will not only enhance the scope of power in the hands of District and State commission but also enhance the reliability and effectiveness of the dispute resolution process.

There will be constitution of Alternative Dispute Resolution Board to simplify the process of adjudication. This mediation mechanism for speedy delivery of justice will not be subject to further appeals. The dispute resolution process is reformed with changes in pecuniary jurisdiction of the commissions established at district, state and central level. The District Commission has been empowered with the transaction uptoRs1 crore from Rs 20lakh.The pecuniary jurisdiction for the State Commission has been increased from Rs 1 crore to Rs 10 crore. The Central Commission’s jurisdiction has crossed the threshold of Rs 10 crore. There will be establishment of consumer meditation cells attached to District, State and Central Commissions, which will have to produce a quarterly report to the respective commissions.  This alternative mediation cell will ease out the burden of the commissions further increasing the efficiency of justice redressal system through economisation of cost and time.

This will fragment the complex process of dispute resolution by providing opportunities to file complaint through electronic mode or video conferencing.

The Act also embarks the new concept of Product Liability posing obligation on the part of manufacturers and service providers to compensate the consumer for the damage suffered due to defective or adulterated goods and deficiency of services. The manufacturer can no longer absolve the liability on the aspect of privity of contract. Privity of contract entails that only the party to contract can claim their rights orbe obligated for any damage suffered arising out of breach of contract. This product liability will further curtail the opportunities of the manufacturers for exploiting the consumer with faulty services or goods.

This sort of comprehensive regulatory framework advancing both structural and societal reforms for emancipation of consumers from the exploitative hands of the sellers will not hold any significance unless adequate consumer awareness is taken into consideration. It would be unjust if these laws promoting greater freedom of choices and strengthening the rights of the consumers remain unaddressed by the major chunk of the population who are non-cognisant of these significant reforms. It is per se cogent that sensitising the consumers about their rights and reforms with the proper recourse to be taken for dispute resolution process is the need of the hour for upholding the interests of the consumers in the real sense.

The writer, a policy researcher, is law a student of law at National University of Study and Research in Law, Ranchi. She can be reached on twitter @SnehaSh55244265