Coordination: The Need of the Hour in the COVID-19 Pandemic

It is time to envisage the entire humanity as a single nation and health a public good which will have to be provided by a single entity.

Human history has seen many diseases caused by external agents, like rats or viruses (the 1918 Spanish flu being one of the most fatal ones in the not-so-distant past). 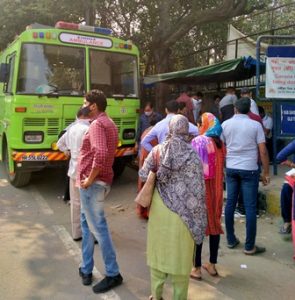 The Ebola virus causes havoc in the African sub-continent at regular intervals, though contained in terms of its geographical spread. For the ones that have achieved a near global coverage, such as the Spanish flu, the disruption to the economic system has not been as large as the current pandemic. The reason is the hyper-connectivity and co-dependence in supply networks that globalisation has achieved. Like a dominoes effect, a shock to the system at one location spills over to all other points in the connected system.

The quick succession of SARS, MERS and now the current COVID-19 pandemic is only a reminder of the obvious; though the popular press has compared the ongoing pandemic to a black swan event, academic researchers have long been warning us about an impending threat from a viral outbreak. Unlike the case of idiosyncratic shocks affected different regions at different times, we are now living in times when a shock to any point is seamlessly transmitted through supply networks. The radical character of COVID-19 comes not so much from the `novelty’ of the coronavirus, as its impact on almost all economies of a globalised world.

Due to the nature in which COVID-19 has spread, not only is individual health a public good (a function of how healthy other people in the neighbourhood are, the sanitary and public safety standards for precautions and conformity to those standards), the rebound of national economic systems requires global cooperation, particularly when it comes to the invention of a vaccine and its accessibility by many developing countries which neither can afford an independent re-invention nor adhere to a wide range of conditions including price issues while depending on others’ ventures. Globalisation has served us in a number of ways, but the challenges may have to be met by surpassing the principles of competition. If not, the penalties will be enormously large and/or the benefits associated with globalisation will have to be compromised with, as the German sociologist Ulrich Beck argues in his thesis on the emergence of the ‘risk society’. Future trajectories in developed societies will be limited by mere coping strategies of all the negative consequences of progress that were not internalised in earlier periods. In fact, O. Henry’s classic short “The Gift of the Magi” poignantly reminds us of the unintended consequences of good intentions purely due to a lack of coordination.

Hence, the big gainers of globalisation will have to divert their resources more than proportionately for facing the challenges of the pandemic.

The possibility of diversifying idiosyncratic shocks to a system of economic agents (be it in a village economy context or an industrial context with firms interlinked in a supply network) has been a problem much researched in the discipline of economics. Some standard solutions to this problem take the form of risk-sharing arrangements across space and time, using financial as well as non-financial mechanisms (payment-in-kind). For instance, one celebrated paper in development economics discusses this problem for two villages in India, facing weather shocks at different times of the year. Marriage-based ties between these regions can ensure the transfer of resources from the unperturbed village to the one facing the negative shock. However, diversification of shocks to a system when all the agents are simultaneously exposed to it to the same quantum is a different matter altogether. That not all risks that we face in a modern economy can be diversified is a theme explored in the standard Capital Asset Pricing model in finance that is the building block for diversification of financial assets in a portfolio to manage these different classes of risks. 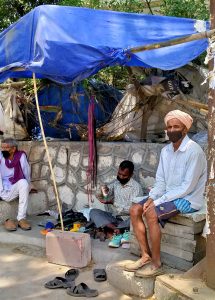 When it comes to theorising about human behaviour regarding coordination on issues that go beyond personal vested interests, different branches of game theory have contributed theoretically and experimentally for some time to deepen our understanding. The standard coordination problem among economic agents in the Prisoner’s Dilemma game is pertinent. The equilibrium of interest here is whether it is possible to achieve the coordinated outcome of neither suspect confessing. However, the instantaneous version of the game has a pessimistic outcome: both suspects confess. The lack of trust between the agents drives this result. However, this pessimism is seen to be not very robust to minor changes in the environment in which we discuss the problem. A larger relaxation to the environment, such as the repeated version of the game of the one-shot game, sees much higher possibilities of sustaining the coordinated outcome. At least, experimental evidence regarding this game, enacted in controlled environments allowing communication or repeated interaction, shows no reason to be tied to a result of impossibility of coordination among selfishly motivated economic agents. Similarly, in the Battle-of-the-Sexes game, the coordination is certain, just that the one-shot game structure is unable to predict which form that coordination will take.

In the space of economic outcomes, the requirement of norms of cooperative actions is necessary due to the simultaneous large shock that individual countries face. Rather than disconnecting from global supply chains, achieving resilience by adopting coordination standards will yield higher welfare gains for all. For a long time, the discipline of economics has put the criterion of efficiency in economic interactions as being of primary importance. However, achieving efficiency might not always be without trade-offs in achieving coordination. It is the time to form a global platform (which strengthens existing institutions like WHO), where countries can share the cost of inventions, mitigate the concerns relating to intellectual property rights and develop a uniform set of norms for the utilisation of the vaccine at affordable prices and without facing the stress of severity of regulations. This obviously will not be possible if we bring in the economic factors alone. A more humane approach will have to be developed to neutralise the adversities that the world is facing today and may also encounter in the future years. The developed countries will have to take a lead in this context to convince themselves that the need of the hour is not to have the profit motive as the guiding principle. The aggregation of the cost of individual pursuits can be much greater, marketing can be more complex and inaccessibility and deprivation can be enormously large compared to the outcomes associated with collaborations. At the same time, it is natural that the pioneers will economically benefit less in comparison to the efforts they put in and the ‘free rider’ problem can be dominant. But then, one must realise that health vulnerability of one nation can risk another in a globalising world just like one individual wearing mask and another in the neighbourhood abandoning it, thus, risking both. It is time to envisage the entire humanity as a single nation and health a public good which will have to be provided by a single entity. Only this mindset can help the world face the challenges of globalisation.

Prof Arup Mitra is at Institute of Economic Growth, Delhi and Dr Debdatta Saha is at South Asian University.