It seems the pandemic has brought to the fore the unpreparedness to deal with any calamity or health crisis. Delhi has not learned from the mismanagement in 2017 when the capital was battling Chikungunya.

As the coronavirus pandemic continues to create havoc across the globe, there has been a huge rise in the number of cases with each passing day in India. In terms of cities, Delhi is has overtook Mumbai as the city with the highest number of positive cases. Both cities have a population of over 2 crores.

Delhi, the national capital, has so far recorded 77,240 cases so far and 2429 deaths so far, while Mumbai has 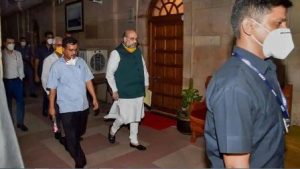 so far recorded at least 72,287 cases and 4177 deaths. The overall figure across the country currently stands at 508,953 cases with 15,685 patients losing their lives. It seems the pandemic has brought to the fore the unpreparedness to deal with any calamity or health crisis. Delhi has not learned from the mismanagement in 2017 when the capital was battling Chikungunya.

At the time, even in half past midnight, one could see patients, accompanied by their families, lining up outside hospitals for treatments due to lack of beds. Even now, the state government does not have the beds required to admit serious patients in hospitals. Consider this. Currently, there are 13,500 hospital beds available for COVID-19 patients, while the total number of cases is 77,240. The lack of beds in these crucial times has shown how Delhi was prepared to tackle any eventuality. The city boast of well-known hospitals was suddenly found hapless, due to lack of equipment

In its attempt to hide shortcomings, the Arvind Kejriwal-led Delhi government came out with an announcement that the border will be sealed for outsiders and only residents of Delhi were allowed treatment. Keeping the Delhi Government’s order aside, Lieutenant Governor Anil Baijal opened the Delhi border for the rest of the country.

This was a crucial step as a large number of patients enter Delhi daily basis for their treatments and regular check-ups in the national capital’s hugely popular hospitals daily.

Also, the step won’t have solved any purpose, as people from outside the city were anyway entering Delhi by 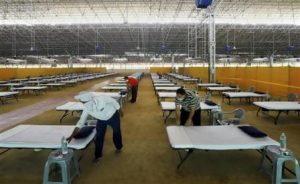 trains or planes that the Centre recently started albeit in phases. While, initially it was believed that Delhi Government was to control the virus, its failure to prevent a congregation, let to the spike in cases not only in Delhi, but the rest of the country as well. Till today, the Kejriwal government has failed to bring the main accused to justice.

With the situation going out of hand, the Delhi Government recently ordered 20,000 new beds for COVID-19 patients. It also announced 11,000 beds to be set up in banquets halls, 4000 in hotels, and as many as 5000 in nursing homes. On top of it all, some private hospitals were charging sky-high fees for COVID-19. To give credit to Delhi Government, it took a step on time and announced that a government officer each will be deputed in each private hospital that will check the treatment rates for the pandemic.

After the meeting, the Centre also decided to double testing in the national capital. It also reduced testing rate to Rs 2400 from the previous Rs 4500.

While no one would doubt the honest intentions of the Delhi Government, it would have been better had the government started preparing adequately to tackle the crisis when the lockdown was first announced on 24 April. Instead of working hand in hand, the Delhi Government and state BJP got involved in blame games, while maintaining in public that both were ready to work together.

Even among themselves, Delhi ministers were seen speaking in different languages. While Health Minister Satyendra Jain feared of community spread, Delhi Deputy CM maintained that there was no such thing. They also went on to express concern that Delhi may witness over 5 00,000 cases by July end.

The outcome of the recent meeting between the Delhi CM and the Union home minister was a welcome sign. We can only hope that both the Centre and state team up together to fight this pandemic in the national capital. PM Modi is regularly meeting chief ministers of states to discuss pandemic through video conference. More often than not, people of the country see the bitter rivalry between politicians during elections and Parliamentary debates. Therefore, these meetings raise the hope of strengthening the federal structure of India.

The writer is a freelance journalist. He has over 15 years of experience in both print and online media. He can be reached on twitter @dasgsubhajit

The writer is a freelance journalist. He has over 15 years of experience in both print and online media. He can be reached @dasgsubhajit