India--Gulf migration crisis in the aftermath of COVID-19 presents to leverage opportunities for Indian policymakers.

COVID-19 has shaken the world in terms of the economic impact it has had on the international migrant workforce. The health crisis has displaced many migrants across the globe, 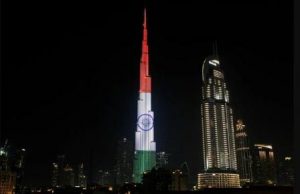 pushing them out of their ‘neo-settlements’ back to their origin countries. Despite living sizeable portions of their lives abroad, getting acclimatised and ultimately finding solace in a different socio-cultural setup, they have been thrown out to relocate and fend for themselves. Unsurprisingly, the ubiquitous Indian workforce, too, has borne the brunt of this crisis and is now licking its wounds as they return to their homeland. As the pandemic has disrupted the global social networks that play a massive role in enabling Indian mobilisation abroad, the effect of the pandemic will be visible in the changing bilateral migration corridors. Nevertheless, with rising income inequality and prominent wage differentials, post-pandemic migration to the Gulf may resume. This suggests the need to build a robust migration policy framework in the wake of the pandemic to create an enabling environment for potential migrants while promoting safe and regular migration.

The migration crisis brought about by the pandemic will deprive migrants of their sources of livelihood; however, this mass exodus will also create an apparent labour shortage in their destinations. The Gulf economies are heavily dependent on foreign workers who work in various sectors such as tourism, healthcare, manufacturing, automobile, and construction. As per certain estimates, the UAE and Saudi Arabia will lose 900,000, and 1.7 million jobs, respectively, as around 13 per cent of expatriate workers will depart for their homelands. The returnees will look to capitalise on this shortfall in the labourforce in the Gulf, as the domestic workforce will be unwilling and unable to the fill the void created in sectors crucial to strengthening the economy. This has reinforced the need for the Indian policymakers to develop a comprehensive policy framework wherein greater emphasis must be laid on mapping and recognition of skills that may be in demand in the foreign labour market. This will push the Indian workers up the value chain while enabling them to earn more and pay less at the time of recruitment.  In this direction, a skill mapping programme, called Skilled Workers Arrival Database for Employment Support (SWADES), under the aegis of the Ministry of Skill Development and Entrepreneurship, has been introduced for the reintegration of returnees into the domestic labour market through sharing information on the skill sets of returnees with potential employers. However, it remains to be seen whether this is followed up with effective skill development initiatives to enable Indian workers to move up the value chain bearing in mind the requirements abroad. Further, Indian policymakers can take inspiration from the Philippines to carry out certification programmes to impart technical skills and knowledge in its migrant workforce, in collaboration with the receiving country. This will, potentially, increase their confidence, wages, competitiveness and employability, and in turn reduce the possibilities of exploitation.

Also Read : Migrant Workers from the Gulf: Reintegration and Rehabilitation Must

The pandemic has laid bare the despicable working and living conditions of the low-skilled and semi-skilled workers, employed in sectors such as manufacturing, construction and automobile, in the Gulf Cooperation Council (GCC) countries. Even in the pre-coronavirus period, excessively long-working hours and the working conditions rendered expatriate workers vulnerable to developing mental health issues and many even succumbed to cardiovascular and respiratory illnesses. The pandemic has underpinned the urgent need to initiate multilateral negotiations with the GCC to ensure protection of Indian expatriate workers from such occupational hazards while lobbying for the provision of decent living conditions too. Also, the Indian missions abroad need to work proactively in tandem with the civil society organisations and inter-governmental organisations to encourage increased reporting of grievances, even among undocumented migrants. The eventual reduction in risks associated with employment in the Gulf will not only minimise the likelihood of recurrence of events that have taken place at the time of the current pandemic but enhance future streams of movement among the aspiring migrants. 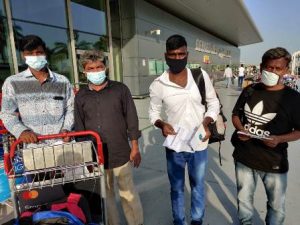 Nevertheless, the plans to reinvigorate the India-Gulf migration corridors may prove to be futile, as the GCC countries seem to have resolved against the future influx of migrants. For instance, an expat quota bill was recently approved by the parliamentary committee in Kuwait which aims to reduce the Indian expatriate population to 15 per cent. However, India, being one of the biggest trading partners of Kuwait, could make use of the trade relations that exist with Kuwait to forward its interests in terms of absorption of Indians in the Kuwaiti labour market. Yet, the excessive dependence on foreign workers accentuated by COVID-19 may prompt the GCC countries to expedite the nationalisation of workforce. Hence, India should be prepared to explore other potential destinations such as Singapore, Malaysia, Japan and South Korea, where persistent labour shortage may prove to be beneficial for employment of cheap Indian labour.

Finally, it remains to be seen whether the developed Gulf nations will be able to survive without the presence/existence of ‘cheap labour’ brought in from low- and middle-income countries. It appears that the insecure migrants will be pulled again through the attraction of upward socio-economic mobility, and the push factors of unemployment and extreme poverty in the origin regions will send the working class back to jobs which left them stranded at the mercy of the elite/bourgeoisie.

The writer is an independent writer and researcher, his work focuses on migration, gender and public policy. He holds a postgraduate degree in International Development from University of Manchester, UK. He can be reached on twitter @AnuragBabu31