COVID-19 and Plight of the Visibly Invisible

A shift in mainstream attitude towards the sex workers and the transgender communities is necessary for them to be at par with the society.

Over the past four months, we have witnessed it all; COVID-19 has enabled us to live a new normal. All of us were subject to different changes, however, big or small. 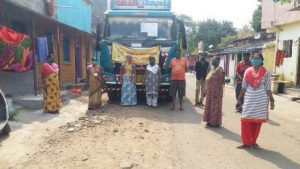 The pandemic has been extremely gruelling for the marginalised sections of our society for obvious reasons (The fault in our system). One can argue that the pandemic has forced to look at the system more closely, i.e., the inefficiency in our system pragmatically. Two of the most visibly vulnerable sections – the sex workers and the transgender – were side-lined and have been at the receiving end of many social injustices like discrimination, purely because of their choices.

In India, it is legal to partake in sex work, but other related activities including soliciting, pimping as well as brothels are illegal. It is here where the issue arises. There are over 20 million sex workers in the country. The nationwide lockdown had become the reason for discontentment for every daily wage-worker, which includes sex workers and transgenders, who are engaging in sex work. Garstian Bastion Road, formerly known as GB Road (name changes to Swami Shradhanand Marg, houses and functions as automobile market, but by night in a stretch of about one kilometre, there are at least 100 brothels operating on this road, housing approximately 20,000 sex workers.

The joint UN programme on HIVAIDS (UNAIDS) estimates there are about a million sex workers in India,but they fall in the grey zone.

Kusum is currently the president of All India Network of Sex workers (AINSW), which is a member-based network of sex workers. They engage in promoting and protecting the rights of sex workers in addition to their engagement in HIV intervention programmes. According to Kusum, the condition of her community during the lockdown is abysmal and helpless.She doesn’t give out an exact number, but believes that more than 60 per cent of the workers residing in the area have left for their hometowns. The women were forced to leave as the work dried up due to COVID-19.

The fear of contracting the virus has led to a sharp decline of customers who are the only means through which these women could support themselves and their families. Kusum recalls the first two months being the most brutal, as it became difficult for some workers to round up two meals a day. The virus spread has attracted more scrutiny and uncertainty to this line of work. Studies further suggest if commercially run establishments are allowed to work as before it would lead to a spike in the already exponentially rising positive cases.

The transgender community, which constitutes a major chunk of daily wage earners,were left with nowhere to go as the work dried up since most of them are daily wage earner and their only source of income is from regular jobs. Especially, those who are involved in the Hijra profession are in troubled waters as their major source of income comes off the street. Over time, due to the social unacceptability, the community has resorted to a lot of different ways to earn money, for instance, Badhai, begging and sex trade or prostitution to name a few. The scrutiny and discrimination these communities face on a day to day level is unfathomable. The Indian Hijra community is one of the most culturally unique gender group that is inclusive of different gender identities and sexual orientation.

These communities were already demarcated and side-lined and were heavily discriminated against, and the current situation has just made their situation worse. No regular means of income and for the not so well of the uncertainty and the problems mounted and with little or no saving they were stranded. No flow of income and in most cases no family backing and support added to their long list of problems.

Staying at home was also one of the major issues, as the cases of domestic violence and abuse were in steady rise and staying at home with their family and respective partners added the risk of physical and mental torture.

COVID-19 has challenged the very foundation of our medical healthcare system and it is safe to say that both these communities have been out of the system for far too long due to the social stigma. Several reports indicate high rates of sexually transmitted disease, cancer, AIDS and high consumption of tobacco which in turn weakens the immune system further making them even more susceptible to this virus. Local Activists working with Kusum in the area around GB Road fear that many of these women who were on AIDS medication will not be able to get proper treatment and AIDS being a disease that attacks the immune system and with corona virus their problems have increased tenfold, but the fact that, social distancing will continue to greatly affect the way this line of business operates more than others. The sex workers are therefore forced to return to their hometowns. Kusum talks about one such incident where a cancer patient Babita* (name changed) who previously worked as a sex worker found it extremely difficult to go to the hospital for her regular check-ups. During the lockdown and after two weeks of frequently visiting the hospital for her routine check-up, Babita tested positive for corona virus. The lack of help and information available greatly affected people like Kusum who worked day and night so that the people of her community were fed and protected. Kusum pointed out that the government agencies were of no help, however few nongovernmental organisations came forward to help. The ration kits promised by the government were a far-fetched dream for many due to lack of documentation as most of the workers do not belong from Delhi state, and hence they do not have the proper documentation to actively benefit from relief schemes. The workers were dependent on their regular customers for their daily necessities because of the cash crunch. 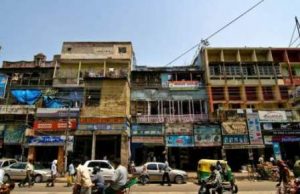 Ram is a manager at Aarohan and belongs to the transgender community. Aarohan is a non-governmental organisation working in the area of education for underprivileged children, women and other community members living in distress and abject poverty. They also work with rural/tribal areas and transgender community. Ram was vocal about his issues due to the mismanagement of COVID-19 crisis and how in turn this affected his community. The ration kits, which were handed out lasted only a few days. Their health took a turn for the worse. Many, Ram pointed out, are going through severe depression and anxiety due to the gender reassignment surgery and the hormones that they inject it affects their physical and mental health severely. The inability to find medicines and work has greatly affected the community.

With the advent of technology our lives have majorly benefited,and technology was the saving grace for most of us during this lockdown. From the meme culture to work from home to virtual classes, everything was facilitated with the help of technology. The mass exodus of migration workers also resulted in a steep decline of customers as they make up a huge chunk of customers that frequent in GB Road regularly. Sex workers from GB Road have taken up video calling their customers to earn money since it is not known when things will go back to normal. They have come up with innovative ways to get back to business. However, business is dull and it is hard for the workers to be able to earn money. Especially the fear of the virus being deadlier than AIDS (which can be prevented with the use of a condom) has further impacted the business severely.

It is common knowledge that more often it is the economic compulsion that forces a woman into sex work. A lot of sex workers are the sole breadwinners for their family. The transgender community suffered majorly because of the social stigma and because of lack of acceptability and the fact that nobody would hire them for work.

Kusum talked about few workers tried to find some alternative work during the lockdown and after, but upon hearing where they come from, they were flat out rejected.

The sex industry’s selling point is physical intimacy and with the current situation it seems far from reality. Although Kusum and Ram both agreed that workers have begun taking on old trusted customers, but is it safe? On asking this both Ram and Kusum had a deeply unsettling answer, they said that is the only way that the workers can arrange money and since the government agencies have been of no help, you can hardly convince them otherwise.

Even though the lockdown has been greatly eased, going back to the streets will mean increasing the chance of getting infected. Some have already gone back to work, desperate for money and with uncertainty looming they have resorted to their old ways, hoping to get a client or two. Even though they know the stakes are high.

There are many underlying issues that were brought to the fore by COVID-19, inefficient healthcare for a country of 1.38 billion, lack of resources and most important of all is the lack of documents and the exact numbers among these communities. People suffered majorly and were left out of relief schemes because of lack of documents. The absence of documents excluded them from major relief efforts. The union government announced a series of relief efforts, but none has come up to these communities. Is it because of the exclusion or are they not a part of this crisis? The government has always shied away from including them in schemes until recently where 50 Metro stations will be fully managed by the members of the transgender community. Although public healthcare, education and work still remains a far-fetched dream for many. A shift in mainstream attitude is necessary towards these communities for them to be at par with the society. The scrutiny and discrimination that they face on a daily basis needs to stop.

The writer, a public policy researcher, is pursuing Masters in Law, Politics and Society from Ambedkar University Delhi..

Delhi and COVID-19: A Glimmer of Hope