Delhi and COVID-19: A Glimmer of Hope

After the chaotic months of May and June, Delhi shows early signs of a concrete strategy to combat the pandemic, which has revealed hopeful results.

In June, Delhi was struggling to fight the pandemic. There were record surges every day and cracks in the medical infrastructure heightened anxieties further. However, Delhi’s Coronavirus cases have witnessed a sharp dipsince the last two weeks. 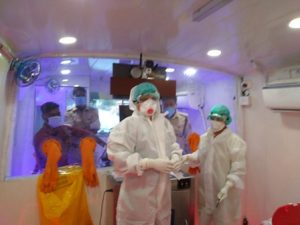 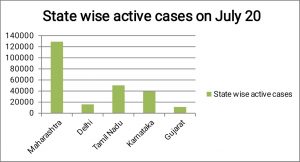 According to the Indian Council of Medical Research (ICMR), a cumulative total of 140,47,908 samples have been tested up to 19 July with 256,039 samples being tested on Sunday. 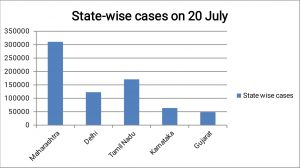 Delhi’s Preparedness against the Pandemic

June had been a disastrous month for the city and its administration. With 80,000 cases of COVID-19, Delhi became the country’s biggest hotspot, despite the two-month lockdown. On 1June, Delhi CM Arvind Kejriwal announced sealing Delhi’s border for one week exempting essential workers. Lax contact tracing, excessive bureaucracy, conflicts between the Centre and State and the lack of coordination with private hospitals led to a sharp increase in corona-positive cases.

On 12 June, the Supreme Court pulled up the Delhi government over the “horrendous, horrific and pathetic” condition of the city after a huge spike in cases. Following this admonishment, Home Minister Amit Shah and Arvind Kejriwal held a meeting on 14 June, along with Delhi Education Minister Manish Sisodia and Lieutenant Governor Anil Baijal and other officers and doctors to tackle the worsening situation in Delhi. There was a call to increase contact mapping and house to house surveillance in containment zones. A decision was taken to form a committee of officials from the Centre and State governments to inspect COVID-19 hospitals.

By the end of June, Delhi responded with numerous measures like, door to door checkups, better public education and increased testing through the use of antigen tests which test more rapidly,but are less reliable then RT-PCR tests. These measures have seemed to work well as there has been a sharp decline in cases even though testing remains consistent. Delhi’s reported daily deaths due to COVID-19 have fallen from 62 at the end of June to 41 by 17 July.

Response of the Centre

On 26 March, the Finance Minister had announced relief packages of rupees 1.7 lakh crore under the Pradhan Mantri Garib Kalyan Yojana for the poor. It promised 5 kg of wheat or rice with 1 kg of preferred pulses for poor families for the next three months. Women account holders under the Pradhan Mantri Jan Dhan Yojana (PMJDY) will get Rs 500 per month between April and June and poor families will be getting gas cylinders for the. It was also announced that healthcare workers who are treating COVID-19 patients will get an insurance cover of Rs50 lakh.  The implementation of these policies on ground has not beenup to the mark. Several studies and investigations reveal that distribution of rations has not been uniform. Banks have been closed due to lockdown and travel restrictions are in force, and therefore, women were facing trouble in accessing their PMJDY accounts. 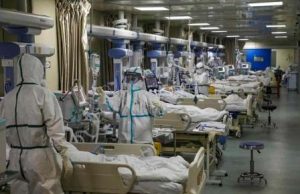 In the meeting held on 14 June, Home Minister, Shah announced that the Central government would provide Delhi with 500 railway coaches to boost Delhi’s bed capacity to 8000 for COVID-19. The Centre has asked Delhi government to report every COVID-19 death, realign containment zones and link each district with a big hospital. This interference was deemed necessary as the municipal corporations reported twice the deaths the NCT government had claimed occurred. The Delhi government had also announced a drastic decrease in testing and contact tracing after undermining ICMR’s guidelines.

On 14 June, the ICMR approved rapid antigen testing in containment zones and hospitals for quick testing as Delhi’s situation worsened. In its advisories, the ICMR made it mandatory for patients to be tested with RT-PCR tests, the “golden standard” for COVID-19 diagnosis after each negative diagnosis among symptomatic patients. Since then Delhi has increased its testing rate heavily which is four times the national average. This has been possible due to rapid antigen testing which diagnoses COVID-19 faster and is cheaper. The test is more accessible as it can be done outside laboratories.

This has been a concern for Delhi’s steady decline from June. Delhi is conducting three times as many rapid antigen tests as opposed to other tests like RT-PCR, CBNAAT and TrueNat put together.

Rapid antigen tests are a good asset for testing, but solely relying on them could give a false sense of security. Heavy reliance on rapid antigen testing is not advised by doctors and experts.

The AamAadmi Party won a majority earlier this year on the promise of strong public services including healthcare. The mismanagement of the COVID-19 pandemic in the capital made these promises appear shallow. According to the Delhi government, out of 15,461 beds 3410 are occupied.  The total number of ventilators available is 1179 out of which 432 are occupied.

Despite the abundance of beds according to the government, patients and their families are facing many hurdles in getting tested and to get admitted in hospitals. Multiple accounts come to light which tell stories of apathy and maltreatment from doctors and staff. Ambulance services are being refused and patients have to travel to multiple hospitals to get a single bed because of lack of vacant beds. Once a patient is admitted, there is lack of information and family members struggle to get updates on their patient’s condition. There have been instances where patient’s samples have gone missing. Hospitals have also been facing a severe staff crunch due to fear of catching coronavirus.

In June, resident doctors of Kasturba and Hindurao hospitals–run by North Delhi Municipal Corporation – threatened mass resignation due non-payment of salaries for the past three to four months. Despite writing to the chief minister, lieutenant governor and the prime minister, no action was taken. Thousands of frontline workers had not received their salaries despite working long hours. The Delhi High Court ordered the government to pay the pending salaries by 19 June.

The Delhi government should take notes on its shortfalls and cooperate with the Centre to bring down the infections and respond efficiently to the active cases. There should be a focus on improving hospital admissions and access to treatment should be readily available. This will give people the confidence to report their symptoms. There needs to be continued emphasis on more door to door testing, more household visits and better communication between people and the administration. The government, along with citizens, should raise awareness about social distancing and taking proper precautions while leaving venturing outside. The recent fall in infections is too early to be celebrated hence efforts have to be made to make this a concrete trend.

After India crossed the one million mark in total cases, the Indian Medical Association (IMA) has announced that community transmission has started and the situation is grim. With new cases crossing 30,000 every day community transmission is the reality despite the government denying it. While Delhi has been able to contain the spread, it will be tough to control infections in the interior regions of Karnataka, Maharashtra and West Bengal. States need to urgently ramp up testing, isolate suspect cases and treat efficiently to combat this situation.

COVID-19 and Plight of the Visibly Invisible