COVID-19: Boosting up Immunity Through Rice

BRRI is not only concentrating on increasing productivity, but also trying to make the staple food nutritionally enriched to build a hunger-free and healthier nation.

Food security is synonymous with rice security in Bangladesh. It is very much evident in this pandemic situation, as rice is the major food in the country. Rice is much more than just a food source to Bangladeshis. 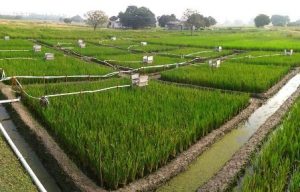 It is part of their culture, article of trade to reduce hunger, alleviate poverty and maintain political stability in Bangladesh.

The country has a satisfactory upward trend in rice production over the decades. From 2013 the country has been not only self-reliant in food, but also maintained food surplus. Now, Bangladesh has emerged as a global model for combating hunger and obtained great success in becoming a country of food surplus from chronic food shortages. Bangladesh Rice Research Institute (BRRI) is one of the key contributors behind this tremendous success. About 80 per cent of total rice area has been covered by BRRI-released varieties and its contribution to national production is about 91 per cent.

Recently, BRRI has formulated Rice Vision for 2050 and beyond, where projected rice requirement for 2030, 2041 and 2050 is 36.5, 42.0 and 44.8 million tonnes, respectively, to meet the demand of 180, 203 and 215 million people. Its production target will be 40, 44 and 48 million tonnes, respectively, with a surplus of about 3 MT. Using its high-yielding new varieties and new technologies, BRRI got the momentum and already exceeded the production target for this year. During 2009-19 rice productions increased at 0.6 MT year-1 and this year it will be more. As of today, BRRI produced more than 38 million tonnes clean rice.

As per the said projections, now Bangladesh has the highest average rice yield in South Asia and at per world standard. According to the United States Department of Agriculture (USDA) during 2019-20, Bangladesh is going to clinch third place beating Indonesia in global rice production with an increased output of 38.54 million tonnes. Hence, I am confident enough that the food security of the coming days will be ensured with combined efforts of national and international partners. And we are moving that way with theory of population improvement.

Initially, BRRI’s main target was to produce more rice in less land and feeding the ever-increasing population of the country. But now, with the increase of per-capita income and socio-economic condition, demand and taste of the people have been changed. Moreover, Bangladesh will have to fulfil the goals of the Sustainable Development Goal (SDGs) by 2030 and one of the important goals of SDG is doubling the productivity along with nutritious and safe food. Hence, BRRI has given special emphasis on producing nutrient-enriched and export-quality premium rice varieties. With yield and yield-contributing attributes, BRRI is giving more emphasis on nutrient attributes in our current rice research and development plan.

We know the low-income marginalised people of Bangladesh cannot afford to eat fish, meat, milk and eggs every day. They mostly depend on rice for their daily necessary nutrition requirement.

Nearly two-third of the daily diet consists of rice. Among other cereals rice is the best considering the amount of first limiting amino acid Lysine and True Digestibility (TD), Biological Value (BV), Net Protein Utilisation (NPU) and Digestible Energy (DE) which are the highest. On the other hand, tannin is present in the lowest amount in rice and it is allergen (gluten) free.  Therefore, rice is not just only a food or commodity for Bangladeshis, but it is the daily necessity to them. Hence, our scientists have given special emphasis to increase and incorporate necessary amount micro-nutrient like Protein, Zn, Fe, minerals and vitamins into rice to tackle hidden hunger.

Prophecy of food diversity though helped well, the rural millions experienced its little effect. This is because their calorie, protein and minerals mostly come from rice, the cheapest food source in the country. For example, ten times increase in milk production could bring a little increase in milk consumption in the rural needy families of the country. Hence, continuation of our Healthier Rice Research Programme and its extension, deployment strategy both for production and marketing, side by side awareness building are very much necessary to combat the hidden hunger in the country. 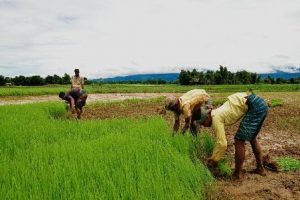 Zinc (Zn) is another essential trace element that is crucial for growth, development, and the maintenance of immune function. Most recently, nutritionist Dr Scott Read and Dr Inga Wessels have published their separate studies and concluded “Zn” is an essential nutrient that is very effective in antiviral immunity and immune system. An adult needs 12–15 mg of zinc daily, lactating mothers need 16 mg and infants need 2–10 mg of zinc. Zinc is commonly found in whole grain, milk, meat, beans, nuts, etc., but most of the poor community cannot afford and consume for their daily average requirement. Every day the deficit remains about two-third. Most of our old rice varieties’ Zn content level is about 15 ppm, but in our new varieties’ Zn content is 25–27.7 ppm, which will able to meet up 30 – 60 per cent of daily requirement. However, our target is to reach up to 80 per cent. Hence, our “Zn” rice (BRRI dhan 62, BRRI dhan 64, BRRI dhan 72, BRRI dhan 74 and BRRI dhan 84) can play significant role in food security as well as nutrition assurance and immunity development during and after pandemic situation. If we can put “Zn” rice in public food programme and government relief programme, it will play a significant role to boost up immunity of our people.

Iron (Fe) is another micronutrient for human body. The common sources for Fe are red meat, milk, egg, fish, liver, different types of vegetables, which are not accessible to all. Earlier Fe level of inbred rice was 3 to 5 ppm, but in our new variety BRRI dhan 84 has 10 ppm. Under high Fe and high Zn research programme, we are targeting to release new varieties with dual advantage like 15ppm Fe with 45 ppm Zn which will meet up 50 per cent of Fe and about 80 per cent Zn.

We know Vitamin-A deficiency (VAD) is still a major public health nutrition problem in Bangladesh. More than 20 per cent of preschool and school-aged children and 24 per cent of pregnant women and lactating mothers in rural Bangladesh suffer from VAD.

Also Read : COVID 19 To Change The Trajectory Of Talent Migration

This percentage is almost double among urban slum dwellers. Vitamin A enriched rice (Golden Rice) has brought us the opportunity to address the problem for majority of the people as they eat rice 2–3 times daily.

As B-carotene in inbred rice is almost zero, in golden rice it is 10–12 mg/kg, which is slightly less than the level found naturally occurring in carrots. Golden rice can supply up to 30- 50 per cent of the estimated average requirement for vitamin A. However, non-scientists and non-technical people of different regulatory committees hardly realise this reality.

Another important issue is that there is a common myth among masses that eating rice may cause obesity, which is totally wrong. If it was true the rural people who have had rice thrice in a day may suffer from obesity and diabetic more. However, scientists have found that rice-based diet is less likely to create obese than those living in countries where rice consumption is low. In order to consider rice as a staple food, we need to get at least 65–70 per cent calories from rice. As such, the per capita amount of rice should not come down to 134 kg per person per year. Otherwise diabetic, cardiac disease, obesity and various lifestyle diseases will increase.