Crossing Borders: An Enigma for Humans

The increasing tendency of all countries is to build stronger and higher fences and walls to keep out the ‘other’ and make crossing the borders increasingly tricky. 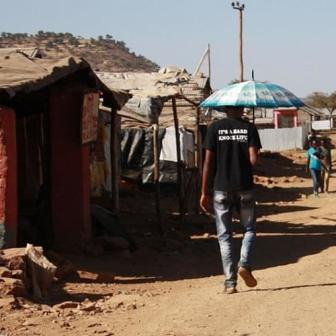 recently swam across Bangladesh territory. A news report mentioned that the Indian forest officials were trying to get these enterprising animals back.

Wild animals often surprise us with the distances they cover and the speed they do this. In India, news reports of elephants and tigers leaving their ‘sanctuaries’ designated boundaries are not unusual. Besides large animals, birds, reptiles, and fish roam long distances by land, air and sea. The migration of birds from colder northern countries to the tropics and Africa every year is well known. Even in urban Delhi, one can see flocks of rosy starlings in warmer climates from Europe. Animal migrants follow their instincts, often going back to their place of birth—their “native place” to use a common Indian term—to breed. The migration of the monarch butterflies from the USA to Central America is something special. These tiny, fragile creatures cover long distances, breeding several times on the way south, with new generations arriving at their destination. What drives this migration is not yet completely understood. Besides the journey over sea and land, they incidentally manage a formidable border crossing of the wall between the USA and Mexico without restriction. This animal migration cannot be stopped.

Human beings are not as fortunate as animals in crossing borders. The divisions between nations are often arbitrary, especially where national boundaries have been drawn up after colonisation.

International borders separate people speaking a common language and having a common heritage. Martin Kimani, Kenya’s Permanent Representative to the United Nations, said in a powerful speech to the UN Security Council about the borders drawn up in post-colonial Africa, which broke up language groups and peoples and led to divisions of people.

A common language can be a stronger bond than that of nationality. There are differing perspectives on the background of the current Russian-Ukrainian war groups.

The eastern provinces are Russian speaking with the people culturally aligned to Russia, which perhaps made it easier for Russia to annex them or feel the need to protect the interest of people they see as their own.

We do not need to look far to see the separation of people and even families by borders. On every land border of India with Pakistan, Bangladesh, Myanmar, and China, communities and even families are divided by national borders. There are stories from across our frontiers of the desperate longing of separated families to meet once, see their ancestor’s resting places, or worship where their parents worship. While some places like Tripura may only be a border stone separating families, the fences are increasingly vigorously patrolled and fenced with barbed wire. Near the Kargil border, deep valleys separate families who try and shout to each other across them. After the Indo-Pakistan wars, some writers and academics documented the tortuous journeys across shifted lines of control for family reunifications.

The paper by Seema Shekhawat and Debadatta Mahapatra on the ordeal of Kargil women is worth reading.

Separation by borders, as already noted, is also of people groups. The Mizo-Chin–Kukis who regard themselves as one people, now belong variously to India, Bangladesh and Myanmar. With ethnic unrest in Myanmar, the Mizoram government opened the border to refugees, whom they felt were their people. This is, however, the exception. The increasing tendency of all countries is to build stronger and higher fences and walls to keep out the ‘other’ and make crossing the borders increasingly tricky.

Professor Jean-François Bayart, Professor of Anthropology at the Graduate Institute, Geneva, wrote that “The contemporary craze for walls, rooted in the desire to partition people and work and globalise everything else, brings dangers with it dangers of an unprecedented and potentially explosive nature”.

As nations, we seek to keep out the outsider to have more secure boundaries. Unless we are personally affected, we regard our neighbours as outsiders to be kept out. Animals still have the freedom to move and cross to their traditional breeding and wintering grounds. Human beings do not have that liberty. To paraphrase Tagore’s immortal lines, “where the world has not been broken up by narrow domestic walls,…into that heaven of freedom, my father, let the world awake”.

The writer, an ophthalmologist, and a public health specialist, is the Country Director and Managing Trustee of the CBM India, a disability and development organization based in Bengaluru.