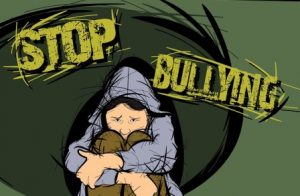 Kusum (name changed), a 15-year-old girl, took her own life after her boyfriend apparently threatened to leak her nude pictures online and blackmailed her to send more such pictures. She hanged herself to death after being blackmailed by him for a month. Her boyfriend was a 22-year-old man who reportedly met her online on a social networking website and they started dating after talking to each other for a month. He emotionally manipulated her to obtain her nude pictures and when she said no, he threatened to circulate the pictures online. Kusum’s family had no idea of what she was going through.

T Varun, 19-year-old in Hyderabad, allegedly committed suicide while taking a challenge in the form of the Blue Whale killer game. He suffocated himself to death by wrapping a sheet of plastic around his face. Varun, who was studying B.Tech, was known as a loving and calm person – his death raised many suspicions.

According to a Microsoft study of online bullying among youth 8-17 years old, children in India reported the third highest online bullying rate among the 25 countries surveyed.

There are a variety of apps available online which are easily accessible to children, and can be misused. The humungous number of suicides committed due to the 50-day Blue Whale challenge was a case in point. The number of suicides across Russia and the Central Asian countries of Kazakhstan and Kyrgyzstan where the game has been in rage was reported to be over 130. Other apps like Tinder, Instagram, askFM, Voxer, Vine, Whisper, Tumblr, Skype , etc. are used to trick children who are most susceptible and vulnerable to such crimes. Recently, Senior Advocate Kapil Sibal made a submission before Supreme Court of India on behalf of Whatsapp that it will not be possible to remove the contents of child pornography as they have an end-to-end encryption technology. This is a clear indication that popular social platforms can be widely used to propagate the ill-intentions of offenders of child abuse.

This was highest when compared to 13 other countries including Australia (26 per cent), Brazil (45 per cent), France (41 per cent), the US (37 per cent) and the UK (23 per cent). However, only 36 percent Indian parents said they used software to monitor their children’s activity on these devices, according to a report by McAfee. The availability of internet at the fingertips of children these days has made it difficult for parents to protect them from cyber crimes. Hence, the best way to protect children from cyber crimes is to increase the communication gap between the parents and the children so that an equation is maintained where the child feels comfortable to share issues with their parents. 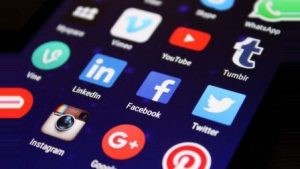 The widespread and irreplaceable usage of internet has made it difficult to completely cutoff the children from internet but it has to made sure by the parents that the children are using secure connections which can be done with the help of VPNs provided by apps like ExpressVPN, IPVanish, NordVPN, etc. which pass the connection through two separate VPN servers, as opposed to just the one, for an extra layer of security. VPN stands for virtual private network which walls off any information which you send or receive from other computers and the internet and hence, protecting it from the access of third parties. It also creates a near invisible connection that hackers and predators will not be able to find.

Also, it is suggested that children should be made fully aware of the activities that might land them into trouble and endanger their safety. No sensitive or personal information should be shared by them online.
In 2016-17, national Child helpline received 57 cases of online abuse and the number was increased to 187 in 2017-2018. The highest percentage of cases reported were of the children in the age group 11-18. The awareness regarding legal remedies available to both children and parents in cyber child abuse cases should be created to ensure that such cases are not left unreported.

“Most of the cyber crimes are listed under the Information Technology Act (IT Act), 2000, which was amended in 2008. Offences like Tampering with computer source documents, hacking computer systems and data alteration can be prosecuted under Section 66 of the IT Act.”

Sections 67,70,72 and 73 of the Act can also be invoked for crimes like publication of false information, false digital signatures certificates, child pornography etc. Indian Penal Code (IPC) is one of the legal resorts available where sections 503,499,463,420 and 383 can be invoked for sending threatening messages by email, sending defamatory messages by email, forgery of electronic records, cyber frauds, email spoofing, web jacking and email abuse, respectively. Also, the Protection of Children from Sexual Offences (POCSO) Act, 2012 can be called in for prosecution of offences directed towards children.

Recently, the Home Ministry of India launched a portal for victims of online sexual abuse where crimes like child pornography, cyber child abuse, etc. can be reported anonymously. This portal will be of extreme help to the victims who do not want to reveal their identity but want to stop circulation of any inappropriate content online.

India ratified UN Convention of Rights of the Child which outlined the four important child rights which state that every state must provide to minors including child’s right to survival, development, protection and participation.

Children constitute 39 per cent of India’s population (Census 2011) out of which 84 per cent belong to the tender impressionable age of 0-15 years. Hence, India needs to make it a national priority. Though some measures have been taken by the government recently, there is still a policy gap existing hindering the prevention or cure of the problem of online abuse of children.

“At the national level, the government needs to devise an evidence-based, child-sensitive policy on the lines of UK Council for Child Internet safety which would conduct empirical research to report on the number, nature and risks of online child abuse, develop an effective system to check it and design an impactful and sustainable energy at all levels.”

Also read: Inside the dark world of deep web

It also needs to educate the primary stakeholders i.e. children, parents and teachers by measures like conducting online safety workshops, nationwide campaigns, etc. Also, a 24-hour specialised Hotline and rehabilitation centres can be set up in partnership with existing mental health experts.

The law of the land should keep up with the pace of technology. Section 67B of the ITAA deals with issue of child pornography but the term ‘child’ is not defined to include real and virtual children and also adults appearing to be children.

Law enforcement agencies should be adequately prepared to treat child sensitively and compassionately and be empowered with technical training in computer forensics investigation to combat cyber child abuse in a time-bound manner.

In a country like India where one in five children in India face cyber abuse, a strong collective response is required at national and international levels, in order to successfully check and mitigate the hazardous risks of the web world. The Indian Government together with the support of the epistemic community and internet industry should design policies and come up with a comprehensive action plan to prevent and combat online sexual offenders from harming minors in India.

The writer is a law student at National Law University, Jodhpur. She can be reached on twitter @Shubhangi455282