There are many forces, reasons and, of course, regional politics that led to the establishment of the East Bengal Football Club.

Home to several legends of Indian football, East Bengal completes its 100 years of glowing existence on 1 August 2020. In the past 100 years, East Bengal won a record 39 Calcutta 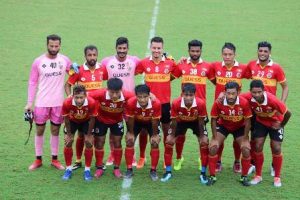 So, how did East Bengal come to existence?

There are many forces, reasons and, of course, regional politics that led to the establishment of the East Bengal Football Club. During the early decades of the 20th century, the governing body of Kolkata football, Indian Football Association (IFA), founded in 1893, allowed entry of only two Indian or ‘native’ clubs in the prestigious Calcutta Football League, the oldest league of Asia. This doctrine forced most of the Indian clubs to ply their trade in second-tier tournaments like the Cooch Behar Cup and the Trades Cup.

East Bengal was formed due to a dramatic incident in a Cooch Behar Trophy match. On a hot and humid afternoon on 28 July 1920, Mohun Bagan took on Jorabagan Club in the semi-final. For some mysterious reason, Jorabagan management dropped their distinguished midfielder Sailesh Bose, who originally hailed from Dhaka, now the capital of Bangladesh. Reportedly Bose was neither injured nor sick, nor was he going through a lean patch. Hence, seemingly there was no reason for his exclusion from the team.

Jorabagan’s vice-president and entrepreneur Suresh Chandra Chowdhury made numerous requests for Bose’s inclusion, but his pleas were ignored. Chowdhury was a zamindar from Mymensingh District, now in Bangladesh. He was miffed at Sailesh Bose’s omission. He understood that the reason why Bose was omitted from the team was because of prejudices of original inhabitants of Kolkata towards the people of eastern Bengal.

Angry and humiliated Suresh Chandra Chowdhury resigned from Jorabagan Club and formed a new club with the help of his wealth gained from zamindari and business. He got ample support from Manmatha Nath Roy Chaudhuri, the former Maharaja of Santosh after whom the Santosh Trophy was named, Sarada Ranjan Roy, a cricketer and the principal of Metropolitan College, now Vidyasagar College; and footballer Sailesh Bose, Ramesh Chandra Sen and Aurobindo Ghosh.

As all the founding members of the club have their roots in the eastern Bengal, they decided to name their newly formed club ‘East Bengal’.

During the British Raj, zamindars and businessmen from eastern Bengal used to have their office in Calcutta, then the capital of the colonial regime, for administrative and financial advantages. While staying in Kolkata these wealthy men from the east felt that the original residents of Kolkata don’t respect them. They were mocked for their accent and speaking style which was later adapted to in many Bengali movies to show the cultural milieu of the post-independence era West Bengal. Inhabitants of Kolkata called them ‘Bangals’. In revenge, they named Kolkatans ‘Ghotis’. Hence, Indian football saw a social evolution from the very inception of East Bengal. People who migrated to West Bengal from eastern Bengal after the painful partition started identifying them with East Bengal while the Kolkatans embraced Mohun Bagan as their identity which eventually led to one of the biggest rivalries in club football history. So much so that the rivalry had led to the fighting in the kitchen, too. Illish (Hilsa) is now ‘Bangals’ culinary identity while Chingri (prawn) is the favourite of Mohun Bagan devotees. 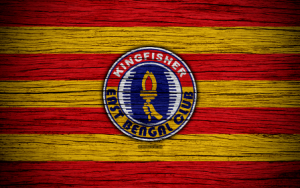 In 1921, East Bengal was granted entry to the second division of Calcutta Football League and in 1925 the club was promoted to the first division. However, Mohun Bagan and Aryans Club officials, who were members of the League committee, opposed their entry. This event left East Bengal officials fuming. Hence their rivalry was established on the field. The Mohun-East match, fondly known as the Kolkata Derby or Boro Match, always enjoys fanatical following. In their first meeting in CFL at Maidan on 25 May 1925, East Bengal defeated Mohun Bagan 1-0. In the return leg, Mohun Bagan emerged the winners. Altogether, they met each other 370 times. East Bengal enjoys 129 victories over Mohun Bagan’s 120 while 121 fixtures ended in no results.

The Red and Gold brigade, the nickname of East Bengal, is also the only Indian club to have won multiple international trophies. They won both Wai Cup (1993) and San Miguel International Cup (2005) in Nepal.

Also Read : India’s Olympic Preparations Amidst COVID-19: Where is the Game Plan?

Now, on the occasion of its centenary, East Bengal is facing probably the toughest challenge as its struggle to secure a place in the top tier of Indian football, Indian Super League, is getting tougher and tougher with every passing day.

No favourable sponsor is coming forward to take them in the mix of ISL as the club management is stick to their decision of not selling more than 51 per cent of stake. Hence, in the immediate future, the famed rivalry between East Bengal and Mohun Bagan looks impossible.

(Note: Since 2015 the IFA Shield, the fourth oldest in the world and second-oldest tournament of India after Durand Cup, has become a U-19 event. East Bengal is the current champion)