Environmental Racism: An Antithesis to Privilege

Environmental justice helps us to centre the voices of those, who are most impacted by environmental impairment in the fight for the protection of our planet. 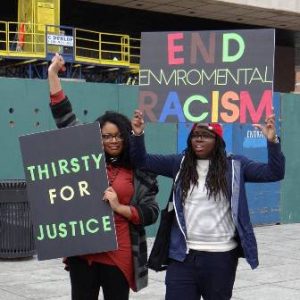 Black or Latino, Black people are exposed to 50 per cent more air pollution than white people. All in all communities with more people of colour are 40 per cent more likely to have unlawfully unsafe drinking water.

The climate crisis started long before the industrial revolution. With colonialism came the idea that everything on Earth is made for our extraction and that everything is to be bought and sold.

Ever since then we have been exploiting and over-consuming our resources.

Moreover, the problem is that activities of exploitation are largely conducted by upper rungs of the society, while the socially and financially weak bear the brunt of it. The marginalised people contribute the least to this reality, but they are the ones impacted the most by climate change.

In India a large section of the urban poor lacks access to clean water, electricity, gas, sewage, garbage disposal, etc. Also, the improper discharge of sewage and untimely disposal of garbage in areas of their settlement poses a serious threat to their lives in the form of diseases and epidemics. And that’s not it; the disparity is reflected even in the land-use policies and unequal enforcement of regulations.

It is now that we have started to recognise the disparities and the differential impact of climate change. Back in the 1960s and 1970s when the environmental movements gained momentum, they involved people only from the White middle class. This limited the discussions to their problems and the agenda catered to only their grievances. It failed to represent and consider the problems of the marginalised communities and how they had become dumping grounds for environmental hazards.

Also Read : Rising number of environmental refugees in the world

It was in 1982 when Dr Benjamin Chavis coined the term ‘Environmental Racism’ as part of his research, that environmental activism started taking a different approach. He defined it as, “racial discrimination in environmental policy-making, the enforcement of regulations and laws, the deliberate targeting of communities of colour for toxic waste facilities, and the official sanctioning of the life-threatening presence of poisons and pollutants in our communities”.

India’s rural and marginalised population has been at the forefront of multiple the environmental protection movements. From Narmada Bachao Andolan (NBA), the Appiko Movement, and the Silent Valley protest to recent ones against corporate giants such as Vedanta in Niyamgiri, Odisha, or Thoothukudi, Tamil Nadu.

However, they have been bearing the brunt of differential treatment for generations. So is the case even in the context of environment.

For years the adivasis have been made to leave their houses and relocate due to construction of hydroelectric power plants and National Parks. One such example is- the National Board of Wildlife (NBWL) has recently given its approval to use 98.59 hectares of land that is a part of the Dehing Patkai Wildlife Reserve, often known as the “Amazon of the East” for coal mining to Coal India Limited. North East India has forever been home to India’s marginalised, but they have become victims of environmental racist practices of taking away their land for industrial purposes.

Race beats social class in predicting proximity to waste and this is a global truth. One such case is that of West Harlem, New York, a neighbourhood populated by black and other non-white people. In 1962, a sewage plant was to be set up in Upper West Side, an NYC neighbourhood populated by the privileged white and rich population. For 10 years the residents of Upper West Side kept battling this and used their money and power to shift the plant to West Harlem, a place with a lesser privileged population. In 2013, Metro ranked West Harlem as the second most toxic neighbourhood in New York City. The dysfunctional sewage treatment plant in West Harlem through which half of Manhattan’s sewage flows has resulted in an increased number of asthma cases in the neighbourhood. 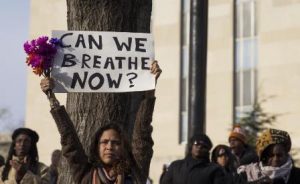 This is not just limited to West Harlem, another New York City neighbourhood- South Bronx, a predominantly Black and low-income area has become a dumping ground for toxic commercial and industrial waste. For years residents of South Bronx have had to carry the environmental burden, which has infected them with serious illnesses.

The unfairness reflected in industries and environmental policies is very evident. We witness the same in the East End of Houston, where some of the largest refineries and chemical plants surround neighbourhoods with majority black and brown residents and spew toxins into the air.

We witness environmental racism when single-use plastic is incinerated causing air pollution in low-income communities in the US, or when it is shipped overseas to overwhelm South East Asian Communities.

Also Read : Recognize Pastoralists and Their Stewardship in Environmental Sustainability

One has to acknowledge how privilege, power, and oppression are integral to our understanding of how we are impacted by climate change and our environment. We have to realise that climate change impacts different identities differently. The impact of climate change on the day to day life of a white man is very different from the impact it has on a tribal woman.

Environmental racism is not only limited to Environmental activism but also workplaces with unsound health regulations and practice of mining and waste dumping in areas close to non-white communities. Discussions on environmental racism seeks to make equity and justice a part of the environmental policy-making narrative. This is why it is crucial that climate change activism does not overlook the racist practices that are a result of exploiting the Environment.

The writer, a public policy researcher, is an undergraduate student at Miranda House, Delhi University. She can be reached on twitter @sarangi_janhavi