Erosion of Democracy: How Culpable is Social Media?

The key to sustainable use of social media is to make the owners and organisers of these platforms responsible in enforcing the ethics and codes of conduct, while being informed users ourselves. 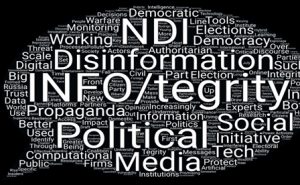 The impact of social media in shaping the narrative was recently acknowledged in the letter written by Ravi Shankar Prasad, Minister of Information Technology, Government of India, to Facebook CEO Mark Zuckerberg. The minister exhorted the social platform to be ‘fair and neutral’ in the conduct of its affairs in the wake of controversy that erupted after a Wall Street Journal report accused Facebook of being biased in not taking down the content from BJP-supported pages or accounts that flouted its community standards and inculpated Ankhi Das, its head of Public Policy in India, for exhibiting favouritism to the ruling party. This has once again forced us to address the elephant in the room: How far has social media eroded the freedom of citizens to live a life free of arbitrary scrutiny and make rightly informed and meaningful choices—the very essence of democracy.

Since the introduction of printing press in 15th century, the rapid dissemination of information was hailed as the harbinger of greater liberties. The power of propaganda to bolster up authoritarian forces made its appearance prior to Second World War, but the advent of internet in the late 20th century brought a paradigm shift in how human affairs were conducted. As connectivity increased and boundaries were eroded, social media couldn’t be kept away from politics for long. This first came under the spotlight during the Arab Spring between 2010 and 2012.It was acknowledged then that despite the uneven impact, social media played a pertinent role in ‘mobilization, empowerment, shaping opinions and influencing change’ during the Arab Spring, aiding the transition to democracy. Today the very same social media is accused of promoting social divisions, unfairly influencing democratic outcomes and assisting despotic forces. An attempt at understanding this change can be made by tracing the tryst of Facebook, the social media baron at the eye of current controversies, with democracy and individual liberties.

Facebook statistics 2020 revealed that 2.60 billion people were actively using it, making it the largest social media platform in the world. One of the early experiments in utilising Facebook to influence political outcomes was carried out during the 2012 US Presidential elections. Capitalising on the bandwagon effect with respect to voting, Facebook users were presented with an opportunity to post an ‘I Voted’ icon. Analysts credited an increased voter turnout of 0.4 per cent nationwide to this manipulation. The unbounded potential of this manipulation was realised as studies were conducted analysing the Graph Application Programming Interface (API) used by Facebook in creating psychographic profiles of users based on their activities. A study conducted by University of Cambridge and Stanford revealed that ‘with just 10 “likes”, an algorithm can predict a person’s traits better than a co-worker; with 150, it can do better than a family member; and with 300, better than a spouse.’

The privacy concerns brought forth by the study led Facebook to change its API and limit access to data in 2014.  However, the viability of Facebook outreach in election campaigns was soon realised and the misuse of the platform for the same blew into a controversy post the US Presidential elections of 2016 as details of massive misinformation campaign featuring over 3000 Facebook ads sponsored by Russian agencies promoting divisive political messages were uncovered. The social media giant was accused of not only tipping the scales through fake news, but also generating the bulk of the $250 million that funded the Republican’s campaign through online fundraising, eventually leading to a probe that offered no real answers except giving the president a lease of life. Before the issue was laid to rest, Cambridge Analytica fiasco broke out in 2018 when the personal information of almost 87 million people was harvested using Facebook without their consent by Cambridge Analytica, a British political consulting firm, predominantly for the purpose of political advertising. While Facebook paid a hefty sum of $5 billion as fine to the US Federal Trade Commission and implemented a six-point privacy plan, the incident paved way for hot debates on the privacy concerns of social media users which continues to date. Its recent decision to refrain from conducting fact-check on political ads by rationalizing that Facebook doesn’t want to be the arbitrator of truth, has attracted ire. Facebook CEO Mark Zuckerberg has time and again reassured the commitment of Facebook to maintain its apolitical nature, but this inadvertently does answer the question that if Facebook wants to, it can definitely be the game changer in elections and determine who runs the government and how. 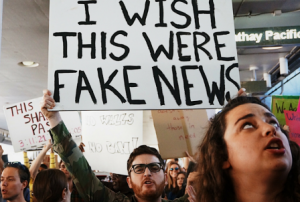 There are various ways through which social media can set the rules on how a society conducts itself. Social media is capable of deciding how its user perceives the reality. The newsfeed algorithm, by showing users more of what they agree with based on their online activity, can turn the platform into echo chambers and promote polarisation leading to eventual conflicts and societal shifts. The term ‘filter bubble’ was coined by Eli Pariser to indicate these echo chambers where internet user encounters only opinions and information that reinforces their beliefs due to algorithms presenting personalised online experience. “What’s in your filter bubble depends on who you are and it depends on what you do. But you don’t decide what gets in. And more importantly, you don’t actually see what gets edited out”, remarks Eli Pariser, highlighting the harms of these filter bubbles. Social media has also become the raven carrying fake news across millions. For instance, Buzzfeed analyses between 2012 and 2017 revealed that 7 of the 10 most popular articles about Angela Merkel, the Chancellor of Germany, were false, conveying its gravity. Along with this, the internet community has also made hate much more pervasive than before with social media platforms turning to fertile grounds for cyber bullying and internet harassment.

The crisis is amplified when we add the government into the equation. Government is spending its resources to use internet platforms with the purpose of controlling information flows and communication channels, to serve its purposes and shape public opinion that favours the government.

While Russia weaponised social media in 2016 to influence the outcomes of US Presidential elections, China uses these platforms to garner support for government through spread of propaganda and to track down the dissidents.

The British army has entrusted its 77th Brigade with the task of focusing on conducting ‘non-lethal psychological operations using Facebook and Twitter’ while Filipino President Rodrigo Duterte hounded his critics by employing his ‘keyboard army’ – a group of social media users ‘patriotically trolling’ anyone who criticises Duterte until they adopt a vow of silence. When Jair Bolsonaro won the Presidential race in Brazil, at the inauguration ceremony, a crowd of his supporters began a surprising chant reciting the names of social media platforms crediting them for his victory. They are right to do so, as a massive disinformation campaign through WhatsApp funded by pro-business conservative group is alleged to have played a major role in tipping the scales in Bolsonaro’s favour.

These are a few examples of many instances when the government has used the social media platforms, most often with their consent, to manipulate the citizens. With foreign meddling, misinformation campaigns, hate speech, echo chambers and creation of less-informed electorate and wrongly informed policy makers undermining the democratic spirit, it is not wrong to point out that social media do share the blame for the current descent of the world into neo-fascism. But this does not change the fact that when it comes to addressing this dilemma, the cause is the cure if used rightly. As pointed out by Zack Beauchamp, senior correspondent at Vox, ‘the social media is a parody of marketplace of ideas where instead of best ideas winning the debate, the good ones are getting drowned out among the bad.’ Hence the key to sustainable use of social media is to make the owners and organisers of these platforms responsible in enforcing the ethics and codes of conduct, while being informed users ourselves. This shall aid the social media to play its part in ensuring the liberty of individuals without undermining democratic principles while keeping Orwellian dystopia at bay.