The report by the standing committee is keenly awaited as the coronavirus pandemic has presented glaring insights regarding the need for social security.

The Government of India has been taking steps to amalgamate and simplify around 40 labour laws into four codes – the Code on Wages, the Code on Social Security, the Occupational Safety, Health and Working Conditions Code and the Industrial Relations Code. 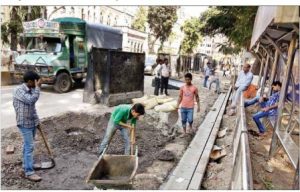 The Code on Wages has already been enacted in 2019 and the other three have been introduced in the Lok Sabha. The codification of these laws is aimed at improving the ease of doing business and the ease of compliance to facilitate the growth of Micro, Small and Medium Enterprises (MSMEs), along with providing social security and protection to the employees and workers. The Code on Social Security was introduced in the Lok Sabha by the Santosh Kumar Gangwar, Minister of State, Labour and Employment, on 11 December 2019. The bill has been referred to the Parliamentary Standing Committee headed by Biju Janatha Dal (BJD) MP Bhartruhari Mahtab. The report is expected to table during the Monsoon Session 2020.

A few changes introduced by this new consolidated code are as follows:

Even during the current pandemic, workers in the unorganised sector are the most adversely affected with little or no earnings and bare minimum savings.

According to a new survey, gig workers are among the hardest hit by the pandemic around the world. The need for social security for such groups has become evident in the wake of the pandemic.

It is estimated that 56 per cent of new employment is being generated by the gig economy. Being mainly led by food delivery firms and cab services, the gig economy is largely unregulated and leaves the workers with little or no security or benefits. The chapter IX of the code discusses social security for the unorganised sector. Section 109 has provisions for formulation of social security schemes at the centre and state levels on matters relating to old age protection, education, housing, etc. It also requires constitution of a social security fund to facilitate these schemes. It vaguely defines gig workers as being “outside the traditional employer-employee relationship.” The main criticism it has received is that there is no relevant scheme spelt out in the code, there is little clarity in terms of accountability, and implementation challenges have not been fully addressed.

Labour Laws Amidst the Pandemic

The novel coronavirus has affected the whole world, but it cannot be denied that certain disadvantaged groups have been affected more. The virus has uncovered flagrant gaps in the living conditions of different economic classes and the capacity of these classes to sustain themselves in times of hardship. It has also exposed governance insufficiencies. The legal and institutional inadequacies to protect vulnerable groups have become so evident that the beginning of the lockdown in March portrayed harshly different realities as daily wage workers took to the streets to start their long arduous journey home on foot facing police brutality and the other well-to-do groups took to social media to share their self-care routines and baking recipes. 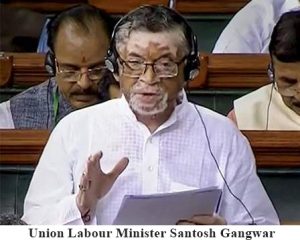 The instinct to blame the government immediately overlooking resource constraints is not advisable. However, the pandemic has revealed not just material limitations, but a lack of intention. A number of states were quick to change their labour laws to meet challenging demands completely overlooking the welfare of the workers. Labour laws that provide necessary protection from exploitation were considered dispensable like they were mere technicalities and not basic human rights.

Most of these relaxations increase the maximum daily work hours from 9 hours to 12 hours.

Further, the Madhya Pradesh government on 6 May 2020 promulgated the Madhya Pradesh Labour Laws (Amendment) Ordinance, 2020. It amended two state laws: Madhya Pradesh Industrial Employment (Standing Order) Act, 1961 and Madhya Pradesh Shram Kalyan Nidhi Adhiniyam, 1987. This amendment affects working conditions by removing establishments with up to 100 workers from the ambit of its regulation. The threshold was previously set at establishments with 50 workers. It will also give the government the power to exempt any establishment from making contribution towards the fund for the welfare of the workers through a notification. Even more concerning was the news about the approval of Uttar Pradesh Temporary Exemption from Certain Labour Laws Ordinance, 2020. The Ordinance proposed to exempt all factories and establishments indulged in manufacturing processes to be exempted from all labour laws for a period of three years under certain conditions. This notification was later withdrawn, but attracted a lot of criticism.

India’s labour market is complex. The government’s decision of providing universal social security is a step in the right direction,but actions like the quick relaxation of labour laws during a pandemic without any regard to the workers’ health is quite disappointing. Along with this, there are major concerns regarding the logistical and implementation challenges that await such an endeavour. It would require a clear roadmap, which seems to be lacking in this draft. The report by the standing committee is keenly awaited when the coronavirus pandemic has presented glaring insights regarding the need for social security.

Humanity is My Religion