Facing hostile territorial aggression in the Himalayan frontiers, perpetrated by the Chinese People’s Liberation Army (PLA), a strengthening of India's maritime foothold is a strategic necessity to avert the possibility of a two-front conflict, and India is taking right steps in this regard.

In September 2020, Japan has become the sixth country with which India has signed ‘mutual logistics support agreements’ for interoperability of each other’s military assets and bases. 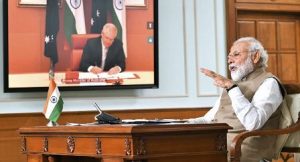 What is the significance of such agreements in India’s maritime security?

Being a great maritime power with a 7500-km long coastline and an Exclusive Economic Zone (EEZ) of 2.3 million square km, the security of seas and oceanic waters are of paramount importance for India. This geopolitical factor is also a key determinant of its national security priorities. Traditionally, the Indian Navy’s operational sphere was limited to the Indian Ocean Region (IOR). However, in the past four years, India has been venturing into an aspect untouched before, which is to expand the Navy’s operational reach outside of the IOR by partnering with friendly and like-minded countries with which it shares a confluence of interests.

It all began with the decisive step of signing a pact called the Logistics Exchange Memorandum of Agreement (LEMOA) with the United States in August 2016. LEMOA was intended to facilitate the replenishment of fuel and maintenance of naval ships between the navies of both countries in each other’s military bases and ports. An expansion of naval operational reach will also be useful during humanitarian assistance and disaster relief (HADR) operations carried out in each other’s realms of influence.

Most recently, in September 2020, a US Navy tanker conducted replenishment-at-sea (RAS) for INS Talwar, a stealth warship of the Indian Navy deployed in the Gulf of Aden. Last year, in November, a US merchant marine vessel did similar RAS for INS Kiltan, an Indian anti-submarine warship deployed in the South China Sea.

Likewise, India will also get access to the US bases in Bahrain, Diego Garcia (an Indian Ocean island), Philippines and Brunei.

Although India’s naval ships can always extend their operational reach by utilising their existing fleet assets and capabilities, getting the logistics facilities of other countries available for use will go a long way in further enhancement of the force’s ability to secure its interest into wider domains of interest, particularly in the Indo-Pacific. Even though the phraseology of such agreements differs with different countries, basically its purpose is the same, which is to ensure interoperability of each other’s military, specifically naval, facilities.

The 2016 agreement with the US was followed by another one with France two years later in March 2018. It was called the “Agreement for the Provision of Reciprocal Logistics Support between the Armed Forces of India and France”, basically another mutual logistics support pact. Since France has overseas territories or bases in the Indian Ocean, Réunion and Mayotte, in the Gulf, Abu Dhabi, and in the Horn of Africa, Djibouti, an access to these facilities will significantly boost the operational reach and capabilities of the Indian Navy. 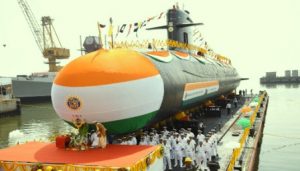 Three months later, in June 2018, another such agreement named, “Implementing Arrangement Concerning Mutual Coordination, Logistics and Services Support”, was signed with Singapore, thereby enhancing Indian Navy’s presence in Southeast Asia. This was again followed with the “Agreement to Extend Logistical Support” to each other’s navies with South Korea in September 2019, thereby bringing East Asia into picture.

Even since the pandemic has begun in January 2020, India has continued to reaffirm its maritime partnerships by concluding newer pacts with countries in the Pacific. In June, a Mutual Logistics Support Agreement (MLSA) was signed with Australia, followed by the one with Japan in September phrased as “Acquisition and Cross-Servicing Agreement”.

Since 2015, Japan is also part of the annual Malabar naval exercises along with the US. There are speculations about Australia being invited for this year’s exercise by India, thereby completing the inclusion of all Quad countries in the exercise and giving a new militarised face to the grouping.

Moreover, India is currently working a similar set of reciprocal logistics support agreements with Russia, a time-tested partner with a huge Arctic Ocean coast, the United Kingdom and Vietnam, which is expected to materialise in the near future.

A national newspaper reported that the pact with Russia will be signed by mid-October during the upcoming India-Russia bilateral summit. If materialised, this will significantly contribute to India’s Arctic ambitions, a region where ‘global warming’ is opening up new shipping routes as the ice-glaciers melt. India’s Act Far East policy for Russian Far East region unveiled last year during Prime Minister Narendra Modi’s Vladivostok visit was a right step preceding this planned pact.

These moves of the Indian government in the past four years are aimed at widening its maritime domain awareness (MDA), not just across the Indo-Pacific, but also across the world, except probably in the Atlantic, which can be followed up later sometime appropriate in the future. Facing a hostile territorial aggression in the Himalayan frontiers, perpetrated by the Chinese People’s Liberation Army (PLA), a strengthening of India’s maritime foothold is a strategic necessity to avert the possibility of a two-front conflict, and India is taking right steps in this regard.